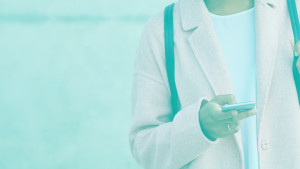 There are 35 seats up for grabs in the Senate, all 435 in the House, and a whole bunch of state and local races. But there are a few candidates getting all the buzz. Here's who everyone's talking about:

The 28-year-old former bartender has been called the future of the Democratic Party. She knocked out a very high-ranking Dem in the primary. Ocasio-Cortez identifies as a Democratic Socialist – and wants to abolish ICE, get Medicare for all, and establish tuition-free college. Similar candidates have struggled to resonate with voters in the way she has.

Welcome back, Mittens. The former Republican prez candidate – and Massachusetts governor – wants to rep Utah in the Senate. He hasn’t exactly been President Trump’s no. 1 fan. But says he’ll support Trump’s policies on a case-by-case basis. And is expected to win easily against Dem challenger Jenny Wilson.

The progressive mayor of Tallahassee, FL now running for the governor’s seat. He pulled off a major upset to get the nom – beating wealthier, more moderate Dem candidates who had led in the polls. If he wins in November, he'll be the state's first black governor.

The lawyer and Trump ally who is tough on illegal immigration and all about gun rights. Kobach narrowly won the primary race and Dems think he might be too polarizing to win the general election. President Trump is a fan and endorsed him in the primary, even though his aides warned him not to. But the two men have history – Kobach led Trump’s short-lived voter fraud commission. Kansas has a history of switching off between Republican and Dem governors. The current gov is Republican, TBD who wins in November.

to stop President Trump’s agenda, including on immigration. He

for his position on the national anthem protests. And is being compared to a Kennedy.

Sen. Bill Nelson (D)’s seat is up for re-election – and he’s getting stiff competition from Gov. Rick Scott (R). Scott’s peacing out of the governor’s seat due to term limits. And is dropping millions to try to win this one. He’s made serious headway with Florida’s Spanish-speaking voters, and is ready to humblebrag to anyone who asks about his record on job creation. Nelson and Scott are going head-to-head on things like gun control, offshore drilling, health care, jobs, and disaster relief for Puerto Rico. This one’s expected to be close.

Abrams could become America’s first black female governor. But first, she has to convince voters of the state to hire a Dem governor for the first time in 15 years. She used to be a lawyer, a state lawmaker, and – plot twist – she’s written eight romance novels. Gasps, clutches pearls.

The state attorney general – and former clerk for Chief Justice John Roberts – is ready for the life of DC politics. He’s facing off against a vulnerable, incumbent Dem (hi, Sen. Claire McCaskill) in a state President Trump won by almost 20 points. He’s made a name for himself fighting Obamacare on the grounds of religious freedom and taking on pharma companies tied to the opioid crisis. Now, he wants to take his conservative values to the Senate – and the race is looking reeeally close.

The influential conservative who's eyeing Paul Ryan’s old job of House Speaker. That’s if the GOP can keep its majority in the House. There’s a catch: Jordan’s been accused of turning a blind eye to alleged sexual abuse at Ohio State University. And hasn’t been able to shake the controversy.

The progressive candidate set to be the first Muslim American woman elected in Congress. She’s running unopposed in a district that goes blue – and had an opening after Rep. John Conyers (D) resigned over sexual harassment allegations. Now, Tlaib – the daughter of Palestinian immigrants – wants to do things like abolish ICE, raise the minimum wage, and get Medicare for all.

ICYMI, Sen. Bob Menendez (D-NJ) has been fighting off corruption charges...for years. Now, Bob Hugin – a former biotech exec wants to swoop in and take his spot. And has been dropping millions to try to make it happen – something that’s looking like a real possibility in a state with so many Dems.

The climate change activist who wants to bring services (like high-speed internet) to rural parts of the state. Hallquist also happens to be the country’s first openly trans candidate for governor.