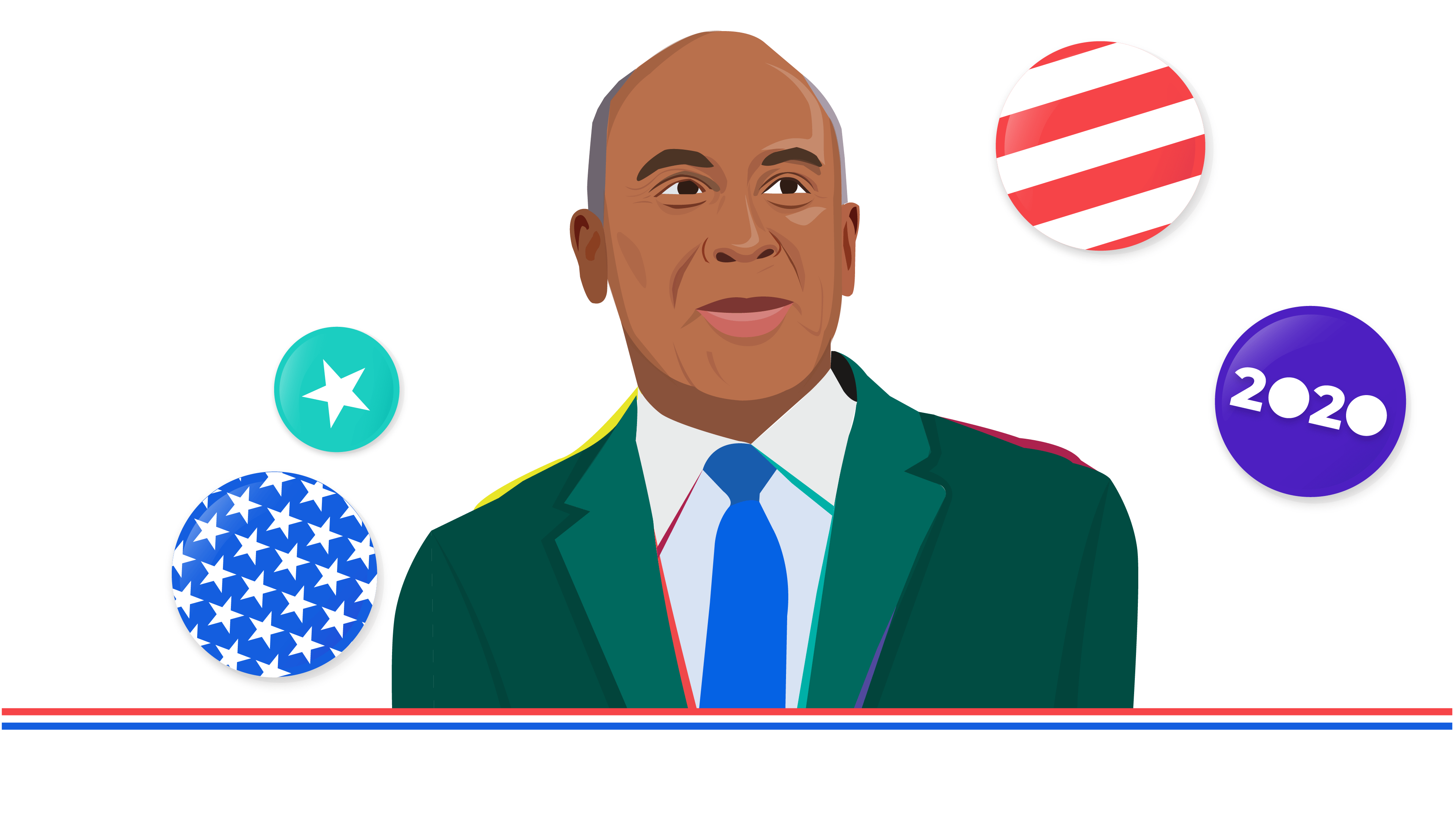 Deval Patrick’s (D) motto: better late than never. He joined the 2020 race in mid-November – less than three months until the primary voting season kicks off.

After graduating from Harvard Law School (what, like it’s hard?), Patrick worked as a lawyer for the NAACP Legal Defense and Education Fund, oil company Texaco, and the Clinton admin. He was also an executive VP at Coca-Cola. In 2006, he was elected as Massachusetts’ first black governor – and served for eight years. After he left office, he worked at private equity firm Bain Capital as a managing director.

Patrick previously said he wouldn’t run for president, saying “the cruelty of our elections process” could hurt his family and friends. Unclear what exactly changed his mind. While his time as governor was mostly scandal-free, Patrick’s been accused of pushing out state officials who tried to put his brother-in-law on the sex offender registry after he was convicted of spousal rape. Patrick also may face criticism for his work at Bain Capital, which has been accused of making wealthy investors millions of dollars while cutting US jobs and closing factories (cue Mitt Romney 2012 flashbacks). Many Democratic presidential candidates have distanced themselves from big corporations. That, plus growing concerns around climate change, means Patrick could face pushback for his work at Texaco as well.

On health care…he supports high-quality, low-cost services, though he hasn’t given specifics on if or how he plans to implement that as president. Patrick’s called Medicare for All a “terrific idea” – but only if it’s rolled out with private options.

On education…he says this is the public’s “single best investment.” And is in favor of universal pre-K and free community college.

On climate change…Patrick helped make Massachusetts a “a leader” on this issue. During his two terms as governor, he implemented laws to lower carbon emissions and focused on upping the number of clean energy jobs.

On guns…he’s said he supports a national ban on assault weapons. As governor, he signed a bill that overhauled the state’s gun laws. It added Massachusetts to a federal background check database, enforced stricter rules around carrying and transporting firearms, and gave police chiefs more power to block people from obtaining gun licenses if they seem dangerous.

Patrick is a moderate Democratic candidate who’s close friends with former President Obama. He’s hoping to pick up momentum where fellow moderate, friend-of-Obama, and frontrunner Joe Biden has lost some. But his late entrance into the 2020 race puts him far behind candidates who have spent months building their campaigns.