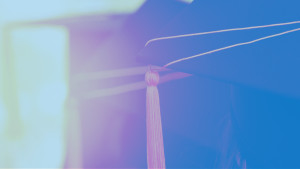 Ahem, issues. There’s the question of how to get people a good education, so they can compete economically – especially as more and more jobs are taken over

. There’s the issue of

. As in: you might still have them and probably don’t want them. And this year,

the top watchdog on student loans

accused the Trump admin of throwing students under the bus. Then there’s

– when the gov gives parents an assist to join a school other than the public school near them (like charter or magnet schools, or even private schools). On the flip side, people are worried this will lead to even

for struggling public schools. Speaking of...school funding. This year, teachers had walkouts in

a handful of states

to try to negotiate things like salaries, benefits, and more funding for their schools.

Earlier this year, West Virginia teachers – who are among the

in the country – said ‘class dismissed’ and left their desks to protest. Over the next few months, teachers in Oklahoma, Kentucky, Arizona, Colorado, North Carolina, and Washington followed their lead. Teachers often got

some of the wins

they wanted, but not everything.

Preach, teach. Many on the left want to get educators the funding they need to give students a quality education and retain great teachers. Bonus Q: does more cash money lead to a better education? There’s evidence that it can.

(Raises hand.) The gov can’t charge everything – like teachers’ raises and student debt – to its credit card. Not unless it racks up debt itself, ups your taxes, or cuts other social programs. But the recent teacher walkouts have often gone down in red states – forcing Republican officials to make some tough (multiple) choices.

A lot – at the federal, state, and local levels – on a wide range of education-related issues.

may have played a role in passing the $1.3 trillion spending bill this year that

– not all – got an assist on their student loans

can have a role in deciding teachers’ pay. This is why you’re seeing quite a few teachers running for local gov this year

can have final say on whether to

And may or may not give you an assist on those

— Your Board of Ed members

can be advocates for kids’ educational needs at the state or district level. And can also do things like set curriculum standards for public schools and appoint the school superintendent – who runs your district’s public schools

has serious sway in your city’s education system. They can control the amount of city dollars that go to education and appoint the

, who oversees all the city’s schools

Education can play a big role in everything from the type of career you have to how you see the world to how competitive the US is on a global scale. Your vote can make a big difference in students’ access to – and quality of – education.