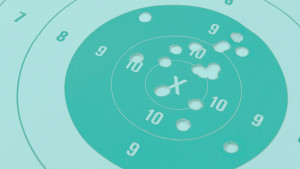 Gun culture is a part of American life. And has been since the Second Amendment became a thing over 200 years ago. It was put in the Constitution to give citizens the right to defend themselves and their families. But a lot of people think gun culture has gone far beyond what the founding fathers intended. Tens of thousands of people are killed by guns each year. And gun violence and mass shootings have become the norm in America.

To name a few. Parkland was the site of one of the deadliest school shootings in US history. And the survivors have become public activists for gun control. The students

in Florida and demanded action. They want digital records of gun purchases and permits, a ban on high-capacity magazines, universal background checks, and to raise the age for gun purchases to 21. They organized a huge rally in DC called

March for Our Lives

– hundreds of thousands of people showed up and there were over 800 other marches around the world. They also traveled to cities where the NRA has contributed to politicians with the goal of helping elect lawmakers who support gun reform.

What about these 3D-printed guns?

A few years ago, a young anarchist made blueprints so people could use 3D printers for DIY guns. The State Dept shut it down. And he sued the gov for violating his free speech and gun rights. His co settled with the Trump admin and they agreed the blueprints could go back online. Critics said this would give people who could fail background checks (think: terrorists, felons, domestic abusers) easier access to guns. Also, that the guns don't have serial numbers and might not get flagged by things like metal detectors. A

to prevent the blueprints from going live. A federal judge

for the time being.

In general, the right supports the 2nd Amendment. Think: ‘Guns don't kill people. People kill people. We need guns to protect us from people with guns.’

The 2nd Amendment needs some updates. Not everyone should be allowed to get a gun, let alone a machine gun. Get with the times.

can draft and pass bills on legislation that would raise the minimum age to buy a gun to 21 and/or ban bump stocks. It’ll vary a lot by state

get to decide whether or not those laws get passed

The gun control debate (...and the NRA) make it nearly impossible to get gun control legislation passed in Congress. Meaning, it pretty much falls on the states to do something about it. Example A of why the people you vote for down the ballot matter more than you think.