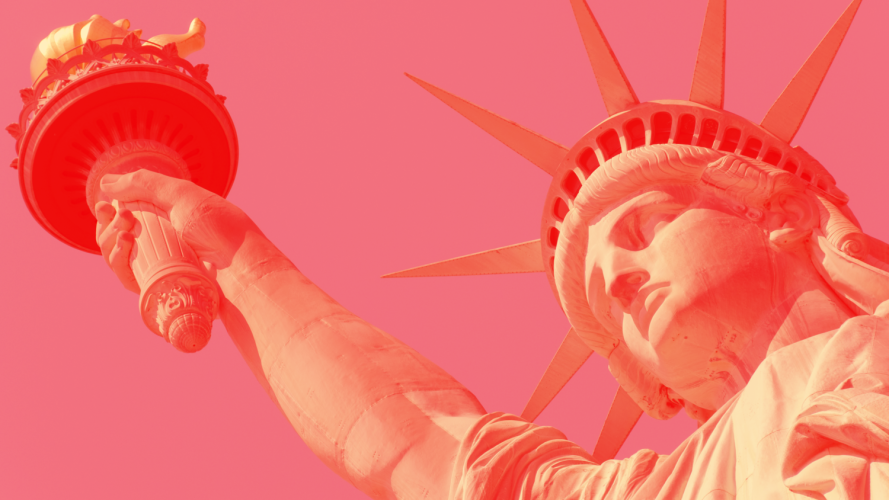 For decades, lawmakers have debated the where, when, and why of who is allowed into the US. This year, the debate reached a fever pitch.

There are millions of undocumented immigrants living in the US. For years, lawmakers have been trying (and failing) to come up with a solution. After a long back and forth with Congress, then-President Obama used executive action to set up DACA – the program that protects people illegally brought to the US as kids from deportation. Now, President Trump is trying to make good on some of the tough-on-immigration policies that helped get him elected.

Well, he wants to

get rid of DACA

– but asked Congress to come up with a fix. He’s tried to crack down on ‘sanctuary cities’ that protect undocumented immigrants from deportation. He dramatically scaled back the number of refugees the US accepts each year. And is sending home thousands of people that were in the country on a

He also announced a

that prevents people from several Muslim-majority countries from coming to the US. And he’s still set on

along the US-Mexico border. Then, earlier this year, the Trump admin announced a "zero tolerance" policy.

means that every adult that illegally crosses the border is taken into custody and prosecuted (even those seeking asylum).

So, thousands of kids were separated from their families (and placed in the care of the Office of Refugee Resettlement), while their parents went through the criminal process. After a lot of backlash, President Trump signed an executive order to keep migrant families together, while keeping the "zero tolerance" policy in place.

It’s not okay to separate immigrant families at the border. And the immigration system needs a makeover. Priority #1 needs to be national security by protecting our borders. Then we can get to whether there should be a path to citizenship for undocumented immigrants.

It’s not okay to separate immigrant families at the border. And the immigration system needs a makeover. But turning people away and deporting people goes against core American values. Priority #1 should be creating a path to citizenship for undocumented immigrants – especially those in the DACA program.

across the country have taken stances on becoming sanctuary cities

can draft bills on how to deal with undocumented immigrants

get to decide whether or not those laws get passed

can also play a role by setting standards for how to deal with undocumented immigrants - example A: NYC

There are still hundreds of kids who haven't been reunited with their parents. Expect candidates to talk about this. Often.