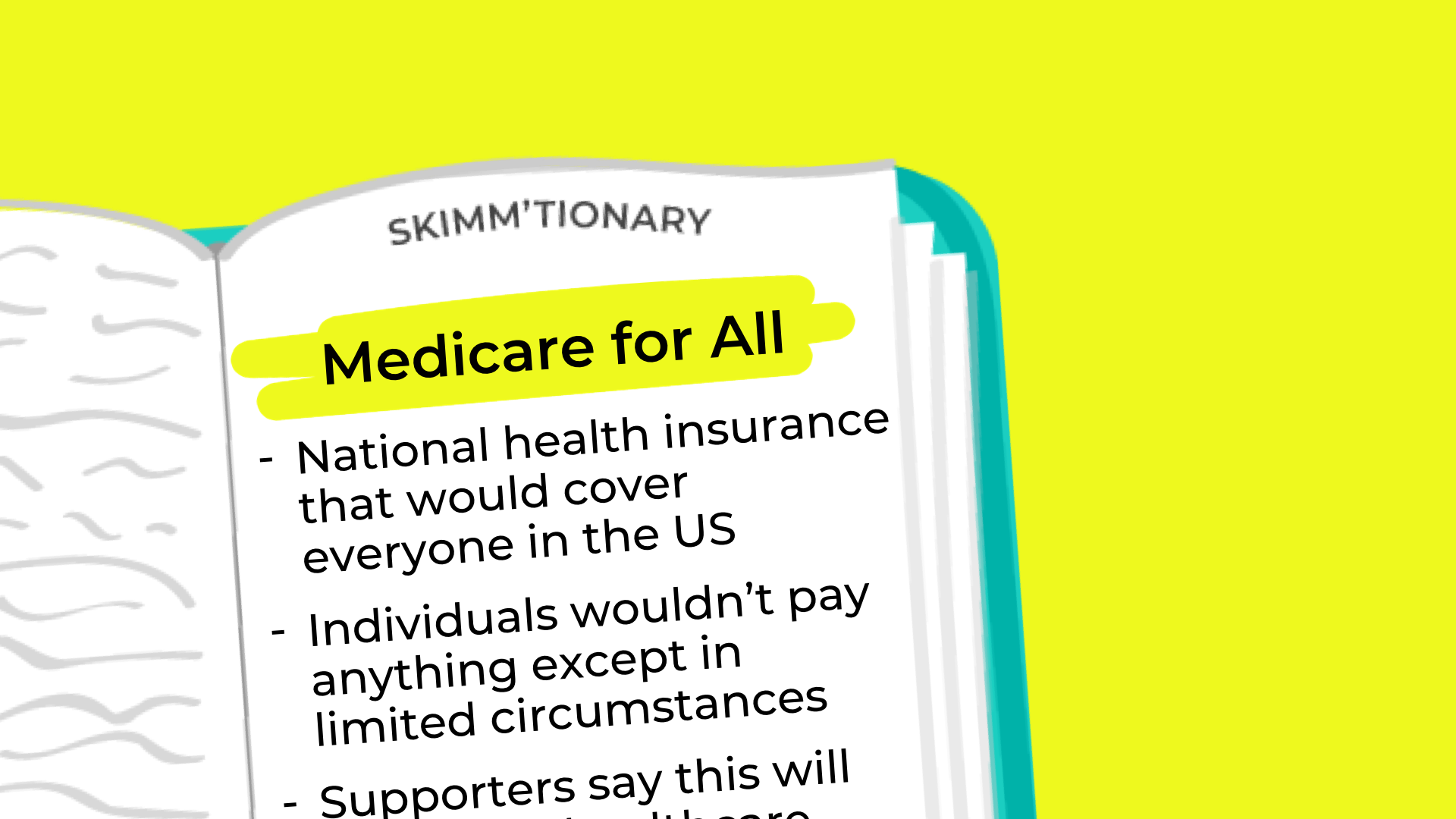 ICE is Immigration and Customs Enforcement, which is an agency that detains and deports undocumented immigrants, among other things. The call to “abolish ICE” has gained steam in the past year in reaction to the Trump admin’s immigration policies, especially the one that led to family separations. “Abolish ICE” supporters say it’s time to reform the immigration system, but have different ideas on how to do that.

Medicare: gov program that provides health insurance for Americans age 65 and over, and certain younger people with disabilities. Medicare for All: expanding this to cover everyone. It’d likely be funded through taxes. Sen. Bernie Sanders (I-VT) pushed this idea during his 2016 presidential campaign. Now, many 2020 Dem candidates support some version of this plan.

A plan to reduce greenhouse gas emissions, create jobs in clean energy, and move the US to 100% renewable energy sources for electricity within 10 years. Popularized by Rep. Alexandria Ocasio-Cortez (D-NY). The deal is light on specifics about how to reach these goals.