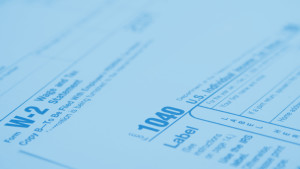 The GOP’s new tax law has a direct impact on your wallet. This year, you've probably seen a bump in your paycheck. Next year, you might see it in your tax return.

Last year, Republicans passed the biggest revamp of the tax system in decades. It’s a $1.5 trillion tax cut that slashes the corporate tax rate, and temporarily trims a lot of individual tax rates until 2025. Meaning, almost all taxpayers will see a break right now. But a lot of the tax cuts expire in a few years for middle and lower-income earners. In some cases, there are also some changes to how much you can deduct from your tax bill.

You’re welcome. These changes will bring businesses back to the US and put more money in people's pockets. American companies are rewarding their employees with a little extra cash thanks to their lower corporate tax. All things that make the US economy more competitive.

This will only hurt taxpayers in the long run. This is a horrible idea and irresponsible: the tax law is projected to increase the national debt by $1.9 trillion between 2018 and 2028. So we'll see you in the midterms.

could decide to sue over the new tax law. But, unclear if that will do anything

will have a say on what’s next for the tax law. If Dems win back control of the House in November, they've promised to undo parts of the GOP’s tax law. If this law stays in effect, the corporate cuts are permanent, while the individual changes expire at the end of 2025

This is one of Trump’s biggest achievements from his first year in office. Plan on lawmakers taking a side: 'this is the best thing that's ever happened,' 'the worst,’ or silence.