The seats Dems want to win... 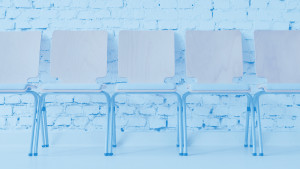 To reclaim a majority in Congress, Dems would need to hold on to everything they've got – plus flip two seats in the Senate and at least 23 seats in the House. Of those, a bunch are considered competitive. Dems are expected to have an easier time winning back the House than the Senate. Here are some of the seats they’re going after:

Flake is tired of the DC drama and is calling it quits. Now two candidates are pitching themselves as moderates to try to win over the Arizona independent vote. Rep. Kyrsten Sinema (D) is pro-choice and all about ensuring Americans have access to affordable health care. Rep. Martha McSally (R) is a former Air Force fighter pilot and is focused on things like fighting for good jobs and securing the border. Fun fact: both of them finished an Ironman triathlon...so endurance is not an issue. This one could be a toss-up.

Dems see this as one of the biggest opps to turn a red Senate seat blue. Meet Sen. Dean Heller (R). He won the seat back in '12...by one point. And is the only GOP senator up for re-election in a state that Hillary Clinton won in '16. He’s flip-flopped on things like health care. Now, he's up against Rep. Jacky Rosen (D) – who isn’t as well known. Rosen’s pitching herself as a legislator who can reach across the aisle...but isn’t afraid to criticize President Trump on things like his relationship with Russian President Putin. Polls show this one could be real tight.

. It's been decades since Tennessee’s had a Dem senator. But Bredesen’s a moderate and he’s still Mr. Popular in the state for focusing on things like jobs. He's up against Rep.

Texas hasn’t elected a Dem senator in three decades. But Sen. Ted Cruz (R) is playing defense. He’s one of the Senate’s most conservative members (think: pro-gun rights, a hardliner on immigration, and very anti-big government). Now, he’s trying to protect his seat from challenger Rep. Beto O’Rourke (D) from El Paso. O’Rourke’s offering Texans a progressive platform that involves everything from protecting women’s access to abortions to legalizing undocumented immigrants to supporting football players who #TakeAKnee. TBD if that platform is enough to get O’Rourke to upgrade his House seat to a Senate one.

Navy vet Gil Cisneros (D) is facing off against former assemblywoman Young Kim (R) to fill retiring Ed Royce (R)'s seat. Cisneros got into politics after winning the lottery. And has given away some of his ka-ching (hi, $266 million) to help pay for students’ college tuitions. Now he’s hoping to get lucky again and win your vote. Kim’s pitch? Let’s make money moves (as in: more jobs, less taxes).

(R) is trying to keep his House seat away from state Rep.

(D). But this district has voted Democrat in the past. And now that there’s a backlash to the Trump admin’s tariffs and trade policies, the district miiiight be ready to turn blue again.

Longtime Rep. Rodney Frelinghuysen (R) is peacing out. Dems see this district as one they could flip because President Trump barely won it

(D) – a former Navy pilot and federal prosecutor – is hoping to bring the home the W. She’s a big supporter of Social Security and Medicare. Her opponent is

(R) – who’s all for tax cuts and currently serves in the NJ general assembly.

Incumbent Rep. Steve Pearce (R) is leaving this seat open now that he’s running for governor. And lawyer Xochitl Torres Small (D) is hoping to snag it. She's running on a platform to give everyone affordable health care and quality education. And up against State Rep. Yvette Herrell (R) – who has described herself as pro-life, pro-business, pro-Second Amendment.

(D) in a district that Hillary Clinton just barely won in 2016. He says he should keep the job because of his role on a House committee that decides how federal dollars are spent on things like disaster relief. She says she should take it because of her support for things like abortion rights.

(R) is on pretty thin ice. The district is pretty diverse and liberal – and voted for Hillary Clinton by a lot back in ‘16. It’s looking like state Sen.

(D) has a good shot at kicking Comstock out.