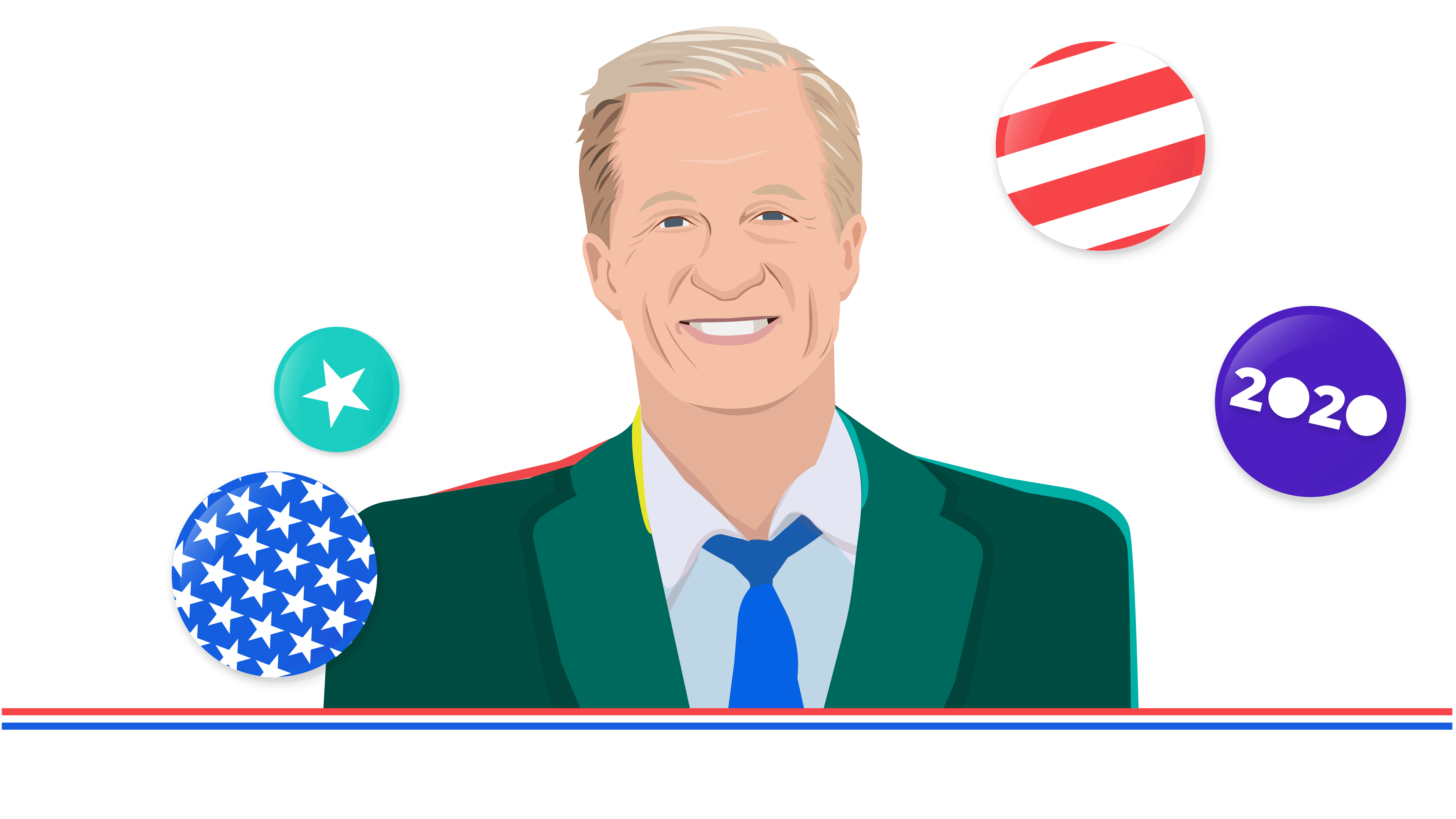 Earlier this year, billionaire Democratic activist and donor Tom Steyer said he wouldn’t be running for president in 2020. Then...he changed his mind.

Thanks to the hedge fund that he launched back in 1986, his net worth is reportedly $1.6 billion. He’s been a Democratic Party donor for years, spending tens of millions of dollars on candidates and organizations that promote liberal causes. One thing he’s super passionate about: impeaching President Trump. He says he was the first major Dem to publicly call for his impeachment, and launched the  “Need to Impeach” group. He plans to put in at least $100 million of his own money into his presidential run.

While Steyer’s a big Dem party donor, he has zero government experience. And his old hedge fund is raising some eyebrows – while he’s been a major climate change advocate, the company he managed for more than two decades has heavily invested in oil, gas, and coal companies.

On climate change...he started NextGen America – a political action committee and advocacy group focused on fighting climate change. So you know he’s got big plans for this issue if he becomes president. And it would all start on day one, when he’d declare climate change a national emergency. Some of his main ideas to tackle climate change: implement a Civilian Climate Corps (think: an environmental version of the Peace Corps), and force companies to disclose their investments in fossil fuels.

On abortion…he wants to protect a woman’s right to choose.

On health care…he thinks there should be a public option but doesn’t want to completely do away with private health insurance. He’s also criticized pharma companies for allegedly helping fuel the opioid crisis, and has supported a bill in California that would force drug makers to notify customers when drug prices increase.

On the economy...he’s in favor of raising the minimum wage, saying that a living wage is one of the “5 Rights” all Americans should have – along with the right to an equal vote, clean air and water, health, and to learn.

On immigration…last year, Steyer reportedly promised to invest $1 million to legal aid groups that have helped immigrants facing deportation. He believes they deserve “expanded and strengthened” legal services while DC figures out how to handle the influx of migrants at the border.

Steyer was late to enter the race. But he has a few things going for him: grass-roots organizing experience and a lot of money. Although it remains to be seen whether his status as a billionaire will help or hurt him among progressive voters focused on fighting inequality.