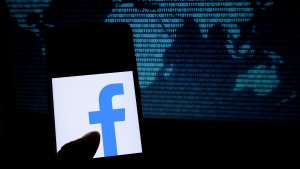 Facebook says it took down a secret propaganda campaign tied to the Saudi government.

Is this a movie plot?

Nope, real life. Ever since Russia tried to influence the 2016 election by spreading misinformation online, Facebook’s been feeling the pressure to prevent a repeat. It says it’s taking steps by improving its tech, hiring more people, and working with law enforcement and security experts.

And how’s that been going?

Other countries have gotten caught pulling similar stunts, including Iran (and Russia, yet again). Yesterday, Facebook also announced it recently found a campaign that came from the United Arab Emirates and Egypt. But this was the first time it says it’s found a Saudi-linked campaign.

So what’s this all about?

The goal seems to be to make Saudi Arabia look good and spread its influence. Specifically, people used Facebook to talk up the country’s military campaign in Yemen, as well as discuss the crown prince’s economic and social reform plan, and bash its rivals like Iran and Qatar. Their tactic: people associated with the Saudi gov created hundreds of Facebook and Instagram accounts, pages, and groups. Some posed as locals from countries throughout the Middle East and North Africa. They also posed as local news orgs. Unsurprisingly, this violated Facebook’s community standards.

It caught it though. Does that mean the US is safe from another 2016 situation?

We’re not sure. Facebook says it’s “committed to continually improving.” But lawmakers and even former special counsel Robert Mueller are worried that Russia or other countries could meddle in 2020. Recently, Senate Majority Leader Mitch McConnell (R-KY) has been getting heat for blocking bills trying to beef up election security. But Republicans argue that the gov has already done what’s needed to prep for 2020. What senators haven’t blocked: a budget bill.

Back in the day, social media manipulation was a fancy way of saying catfishing. Now it means foreign countries and others trying to influence people and sway elections. Social media companies say they’re doing their best to combat it so that you can scroll in peace.

Who’s giving Lauren and Heidi a run for their money…

China and the US. The trade feud that never ends has another update: President Trump said he’s hitting China with more tariffs. Earlier this week, US and Chinese officials met to talk things out. Trump wasn’t satisfied: he said China didn’t make good on its commitment to do things like stop selling fentanyl to the US. So he’s slapping a 10% tariff on $300 billion worth of products starting in September. And unlike the previous tariffs – which focused on industrial goods – these will target consumer products (think: electronics, toys, sneakers).

…Oh and this comes the same week that the Fed cut interest rates. Part of the reason for the move was trade tensions. Another reason: sluggish inflation. Here’s how inflation can affect your wallet.

What’s not being taken seriously…

This new law in the Netherlands. Yesterday, a ban on burqas, niqabs, ski masks, and other face coverings in public buildings and transportation went into effect there. The Netherlands now joins other European countries like France, Germany, and Denmark that have passed similar bans. Those who don’t follow it get fined around $166. Supporters of the law say it was passed to ensure security in some places. Critics say the law is Islamophobic and a violation of women’s rights. Now police and hospital and transportation workers aren’t willing to play ball. And say they won’t enforce it or treat it as a high-priority offense.

Who could use some company…

Millennials. A new report shows that 30% of millennials say that they always or often feel lonely – the highest percentage of all the generations surveyed, which include Baby Boomers and Gen X. It didn’t say why exactly, but previous studies show social media and the internet could be factors. Psst…mental health awareness is really important. Make sure you know what it is and how to take care of yourself.

Who’ll be spending a lot of time in NYC…