Daily Skimm: Tariffs in South America, the NATO Summit, and this Peloton Ad 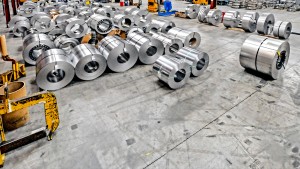 President Trump is bringing tariffs back, back again.

Not this time. Yesterday, Trump said he's imposing tariffs on steel and aluminum imports from Brazil and Argentina.

Yup. Last year, Trump imposed almost universal tariffs on imports of steel and aluminum. But Brazil and Argentina cut a deal with the US, making them exempt from these tariffs.

So why is that changing now?

It's unclear. But Trump has accused both countries of devaluing their currencies, and says this is hurting US farmers. Let's explain: Weak currencies in Brazil and Argentina have made their products cheaper to purchase abroad. So as the US-China trade war continues, China has been going around the US and buying soybeans and agricultural goods from Brazil and Argentina instead. For Trump, it's a workaround that doesn't seem to have sparked joy.

Got it. How are people reacting to Trump's announcement?

With surprise. Economists and foreign leaders didn't see this one coming. And the idea that these countries are manipulating their currencies left many (potentially even the US Treasury Department) scratching their heads. The stock market made clear it wasn't happy with the threat of more trade wars. But that's not all.

The admin also threatened to hit France with tariffs on $2.4 billion in imports. This came in response to a tax passed earlier this year that takes aim at big US tech companies. If the admin goes through with tariffs, it could soon be more expensive to buy French wine and cheese. Mais, oui. Meanwhile, French gov officials said the EU will respond if the tariffs go through.

Until now, Trump has been trying to ease trade tensions by working to end the trade war with China and pass NAFTA 2.0. But these latest announcements are opening up the possibility of a new trade war front, just as the US's manufacturing sector's been slowing down and presidential candidates are getting ready to make their case for 2020. Bold timing.

Psst...here's what tariffs could mean for your wallet.

NATO. Today, leaders of 29 countries (including the US) are gathering in London for the annual summit on military cooperation. Quick reminder: The organization started after WWII as a way to defend against potential attacks from the Soviet Union. Fast forward to today, and there are mixed reviews on how NATO's working out. President Trump has long criticized other NATO members for not contributing enough to the org's central budget, something he could bring up again this year.

China. Earlier this week, a regulation went into effect requiring citizens to scan their faces when registering for a new cell phone number. The gov says this is about tackling fraud. But it also marks yet another form of facial recognition tech in China. And is raising concerns over how the gov might use this data to track its citizens.

Australia. Earlier this week, the Australian state of New South Wales rolled out the world's first phone-detection cameras. The goal is to catch and fine people who use their phones while driving. Authorities hope this will help them lower the number of deadly car crashes by about a third.

What's saying 'you can't sit with us'…

The Trump campaign. Yesterday, it said it's no longer giving Bloomberg News reporters press credentials (think: special access to rallies and campaign events). The campaign is accusing the agency – owned by Democratic presidential candidate Michael Bloomberg – of bias. That's because the outlet announced last week it won't investigate Bloomberg and other Dem candidates, but would continue to investigate the Trump admin. Bloomberg maintains it's not biased, and that it's investigating the admin because it's the "government of the day."

Who's had a little too much screen time…