Ann Patchett on Her New Book, Recycling, and Co-Owning a Bookstore 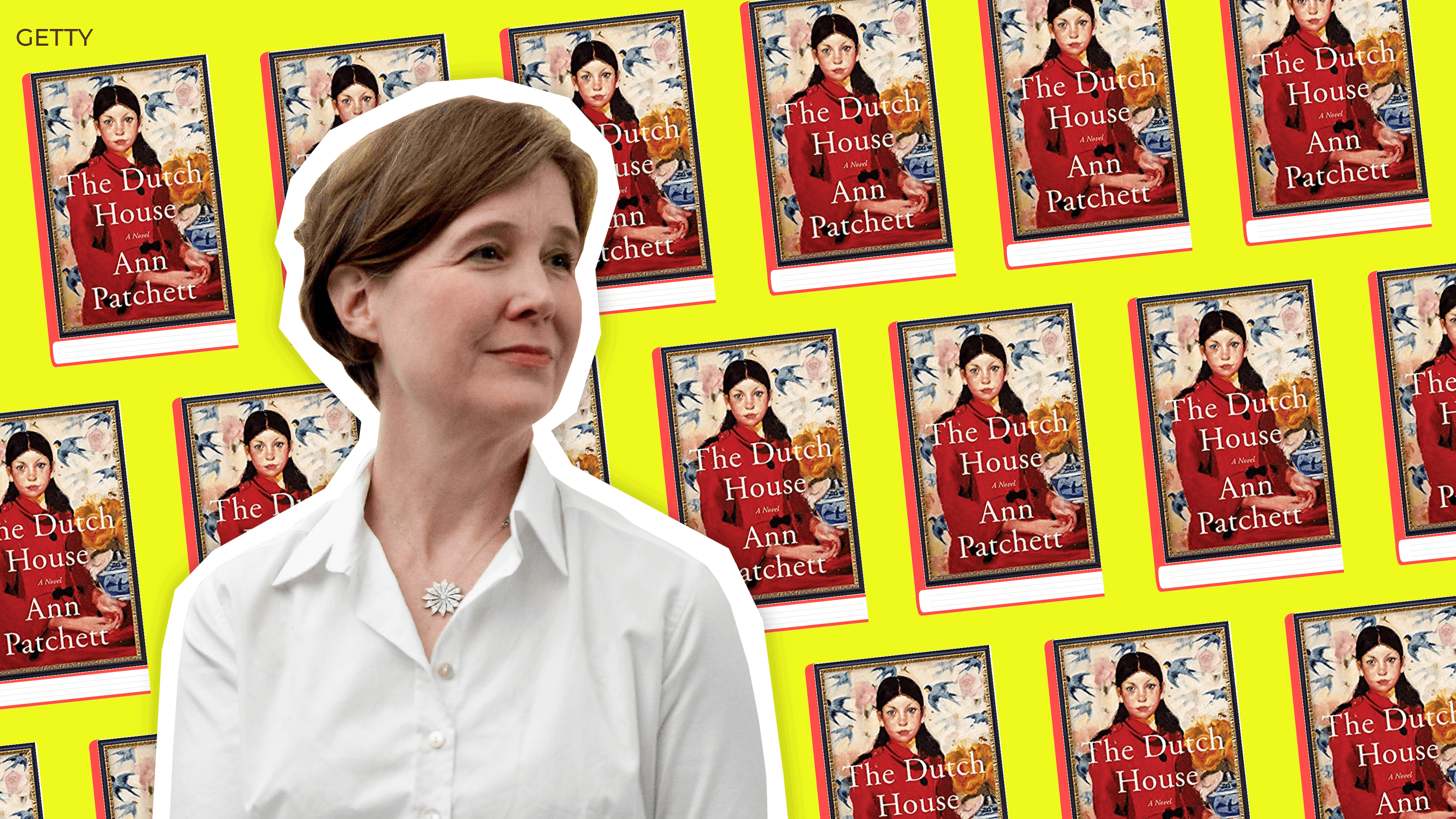 The name’s Patchett. Ann Patchett. And she’s next up in our Words With Author Friends series. Patchett has authored a number of books including the 2016 NYT bestselling novel, “Commonwealth.” She's also co-owner of the indie bookstore, Parnassus Books in Nashville, Tennessee. To celebrate her eighth novel, “The Dutch House,” Ann talks about book signing secrets, recycling regrets, “Charlotte’s Web," and more.

Danny and his older sister Maeve grow up in the spectacular Dutch House outside of Philadelphia. Due to parental re-configuring (how's that for vague?) they get tossed out when they're young. They spend the rest of their lives obsessing over the house to the detriment of their happiness.

In my office across the hall from my bedroom. It's a very short commute. I write best in the morning but some days I take what I can get.

They have these things called "tip-in sheets" that you sign your name on and are then sewn into the book during production. I signed 16,000 tip-ins for "The Dutch House."

I invite everyone who works at Parnassus Books because they're the best group of readers I know. We read Kevin Wilson's new book, "Nothing to See Here." It's coming out at the end of October and bookstore people are always reading books that aren't published yet, plus we're all crazy about Kevin Wilson. I drink a lemon LaCroix because I am the dullest person alive.

Flip through books of photography at the bookstore. I find photographs very inspiring because it lets me stare at people as long as I want.

Bumblebee, though I know it should be love or justice.

Several sexual, religious and racial slurs come to mind. We'll leave it at that.

My definition of success was always that some day I'd be able to pay my bills by writing. I never updated that. I suppose I should.

I was once offered a job to teach at Stanford for a semester. I didn't want to move to California and I didn't want to teach, but I desperately wanted to say I had taught at a school that never would have admitted me as a student. In the end I turned the job down because my sister pointed out that there wouldn't be room for "And she taught at Stanford" on my tombstone.

I'd make dioramas. It's all world building.

Read widely and deeply and do it all the time.

Are we talking symbolically? Truth, justice, freedom. But if you mean who or what would I actually take a bullet for? My husband.

The story of immigrants. Read "American Dirt," by Jeanine Cummins coming out in January. Again, bookstore people read everything in advance.

No plastic cups! No Styrofoam! No clamshells! Recycle your batteries! Oh, god, it never ends.

E. B. White's "Charlotte's Web." I begged for a pig for my ninth birthday and got one. I became a vegetarian.

"The Testaments." I'm a hundred pages in and a love it beyond reason. Margaret Atwood is a hero to the people.

A great question to end with - I don't do any social media, cellphones, texting. I've never seen Instagram. I am a carrier pigeon.

PPS: "The Dutch House" is editorially selected, but if you purchase it, theSkimm may get something in return. Thanks.