Best Books to Read This Winter 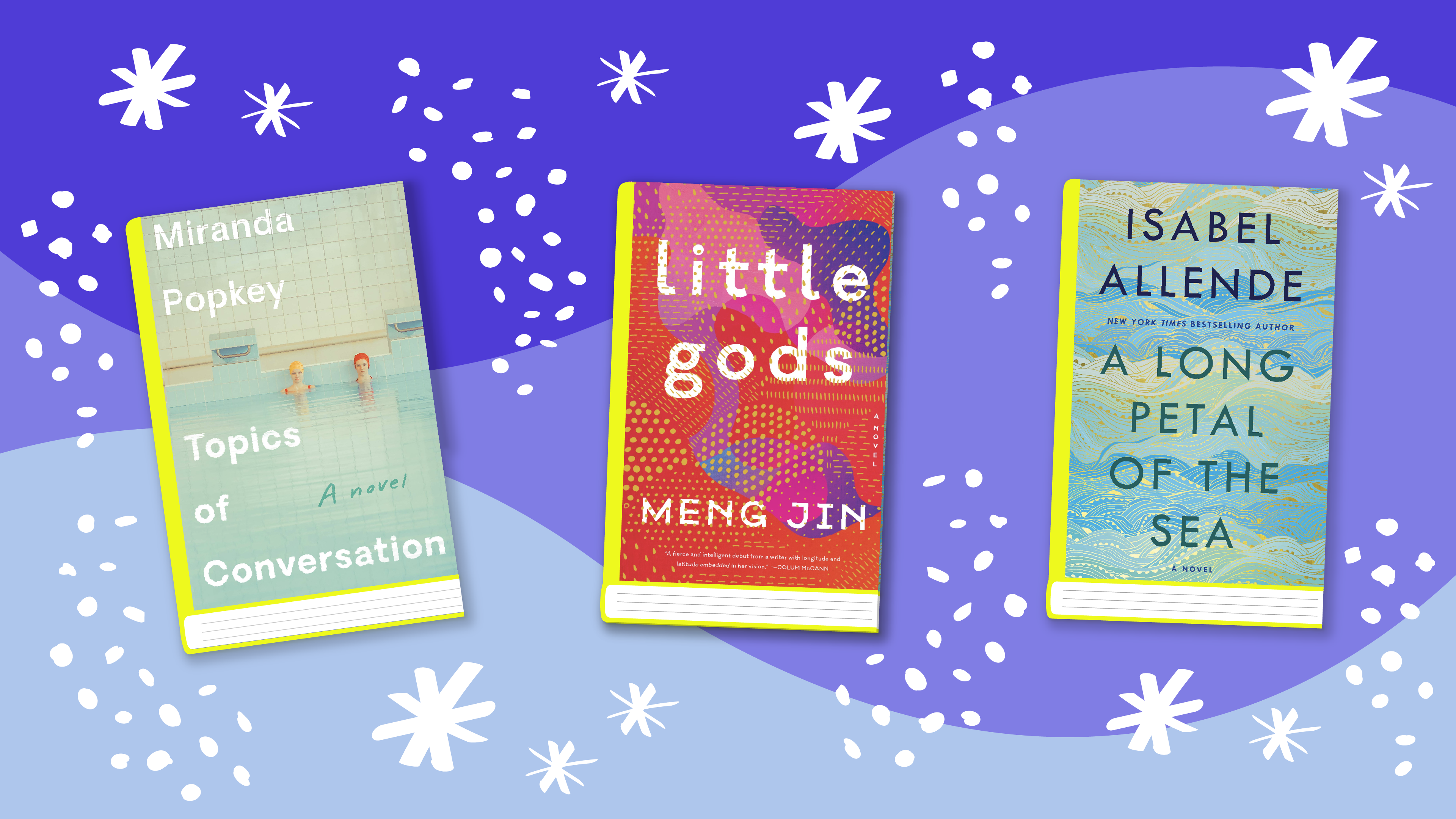 The end of January calls for cozy nights in, fuzzy socks, and...a book you can’t put down. Because not getting your daily steps in doesn’t matter when you’re holed up with the perfect book. Here are some of our favorites…

For when coming-of-age stories make you cry…

“Run Me to Earth” by Paul Yoon

Get your tissue boxes ready. Paul Yoon’s “Run Me to Earth” is about three orphans in 1960s Laos. During the Vietnam War, they become medical couriers in their war-torn country. But when an evacuation separates them, it also splinters the plot—you'll jump into different decades and follow their lives in France, Spain, and New York. No airline points necessary.

For when you’re missing Sally Rooney…

“Topics of Conversation” by Miranda Popkey

Miranda Popkey’s debut might be your cure. Just like the title implies, this literary fiction novel is all about women and the conversations they have with one another. The chapters jump from the Italian coast to San Francisco as the unnamed narrator navigates the complexities of her own female identity. It spans 17 years and covers the challenges she faces—heartbreak, desire, loneliness. It’s ultimately a look at modern women and the way they communicate with people and their surroundings.

For when you want to move abroad…

Welcome to the American expatriate life. Garth Greenwell’s “Cleanness” depicts a gay teacher exploring the depths of his physical and emotional boundaries during a period of decline in Sofia, Bulgaria. Through its nine stories, there's sex, mentorship, and a LOT of beautiful prose.

For when your co-worker writes "per my last email"...

You think that's bad? Try "Uncanny Valley" by Anna Wiener. It's a memoir all about the crazy world of Silicon Valley. It follows Wiener's life as a 20-something in the publishing world in New York to her new life at a data-analytics startup in California. Her stories crack the shiny exterior of start-up world and tech bro behavior. Spoiler alert: after five years, she leaves the industry and this book explains why.

For when you’re thinking about trying 23andMe...

This book is all about that family lineage. At its center is a Chinese physicist and her American-raised daughter. It’s partially set in China during the 1989 Tiananmen Square protests and partially in the US, 17 years later. The duo’s fraught relationship is told through multiple narrators, including her daughter, who, after her mother’s death is forced to reckon with her family’s identity. To do this, she returns to China to uncover her mother’s secrets. It cuts deep and is ultimately a story about acceptance, classism, migration, and family.

For when you need a lesson in compassion...

“A Long Petal of the Sea” by Isabel Allende

All aboard 1930s Spain. During a brutal civil war, thousands of people became displaced. But 2,000 were saved by boarding a cargo ship set for Chile. This book is the part fact, part fiction version of that story, centered on a couple that escaped and started a new life.

For when you keep hearing about the "American Dirt" controversy...

“Children of the Land” by Marcelo Hernandez Castillo

This book will give you another look at immigration to the US. This memoir opens with a jarring recap of an ICE raid on Castillo’s childhood home in California. The book recounts the trauma, and difficulties his family faced. It works to humanize the struggle in a heartbreakingly real way. And because Castillo is an acclaimed poet, the writing here is as powerful as the story.

For when Valentine’s Day makes you want to cringe…

“Love Her or Lose Her” by Tessa Bailey

Cuffing season’s about to get disrupted. This is the not-as-devastating version of “Marriage Story” that reads like a rom-com ready for the big screen. It follows a couple who are fighting to save their struggling marriage. They’ve been together since high-school, and after their hippie marriage counselor helps them move forward, a big secret drops threatening all the progress they’ve made.

For when you get a text from an unknown number...

“The Tenant” by Katrine Engberg

It’s called suspense sweetie...look it up. This one is a dark literary thriller set in Copenhagen. Two detectives are assigned to a grizzly murder case that seems right out of a true-crime book. The twist? It actually kind of is. Case in point: the main suspect is a novelist slash landlord writing a not-yet-finished murder story. And the victim in her book is...the same victim that’s found dead in her apartment building. Believe us: you won’t be able to put this one down.

For when you're Googling "get rich quick" schemes...

“The Better Liar” by Tanen Jones

These sisters can relate. Tanen Jones’ “The Better Liar” is set in a world where two sisters must reunite to get their recently deceased father’s inheritance. The catch? They’re estranged. So their reunion isn’t all ice cream and roses. And to cheat their way through their father’s master plan, one of them gets a stranger to impersonate her sister. All’s fair in love and war (and money).