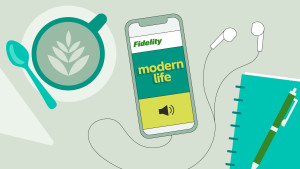 Jobs alert: If you're looking to make a change, submit your resume to #HIREBLACK's Mega Resume Drop, and connect with recruiters and hiring managers at Amazon Design, Condé Nast, Greenhouse Software, theSkimm (oh, hey), and more. Then get a ticket for next weekend's 2021 #HIREBLACK Summit with the code THESKIMM for 30% off. As for this week…

What the Federal Deficit Can Mean for Your Wallet

When Uncle Sam's budget is out of whack, it can affect yours. This year, the federal deficit was the second-highest on record. Lawmakers can try to balance the books by spending less or trying to bring in more money, both of which have ripple effects for Americans. Since you can't put the gov on a budget, here's how to mind yours.

If you've got a big money goal…

Break it down. Whether you're saving for holiday gifts or retirement, a too-big target might intimidate you from ever starting. Research says focusing on smaller goals at first – that you can increase over time – make it easier to get motivated. Example: $100 may not seem like much to some, but start saving that amount every week, and you'll have $1,000 by EOY. Get more tips on setting realistic money goals.

If you want to pick up some extra cash...

Think about a seasonal side gig. Because this could be a particularly good year to snag one. Employers are offering sign-on bonuses and other incentives to attract applicants while the labor market is experiencing major worker shortages. Who's hiring for what? A variety of businesses – from Uncommon Goods to Amazon to Wine.com – are looking for people to work IRL and from their couches. Wine not?

Plan your next move. One study says two in three women who left the workforce during the pandemic are ready for a comeback. And more than half might switch to a new field, like science, technology, engineering or math. Other in-demand roles include nursing, restaurant workers, fitness instructors, and occupational therapy assistants. A career change doesn't have to mean going back to school. Look into industry-specific certification programs to give you a leg up. Networking can also help get your foot in the door of an industry where you don't have a track record.

Like inflation on too much Halloween candy. It's when prices speed up at a crazy-fast rate (think: 50% a month or more) over time. Which typically only happens during wars and great economic turmoil. (See: Hungary, post WWII, when prices doubled roughly every 15 hours. And Zimbabwe in 2008, when major political changes and a drought contributed to prices doubling about once a day.) The closest thing the US has come to experiencing this was when the annual inflation rate went up to about 30%...in 1778. Last Friday, Twitter and Square CEO Jack Dorsey tweeted "it's happening" soon to the US, and then the world. Why? Maybe to plug crypto (he's a big Bitcoin guy), in case other currencies collapse. But a lot of experts agree this is not a thing to worry about. For context: US inflation was up 5.4% year-over-year in September – a level we haven't seen prior to this summer since 2008.