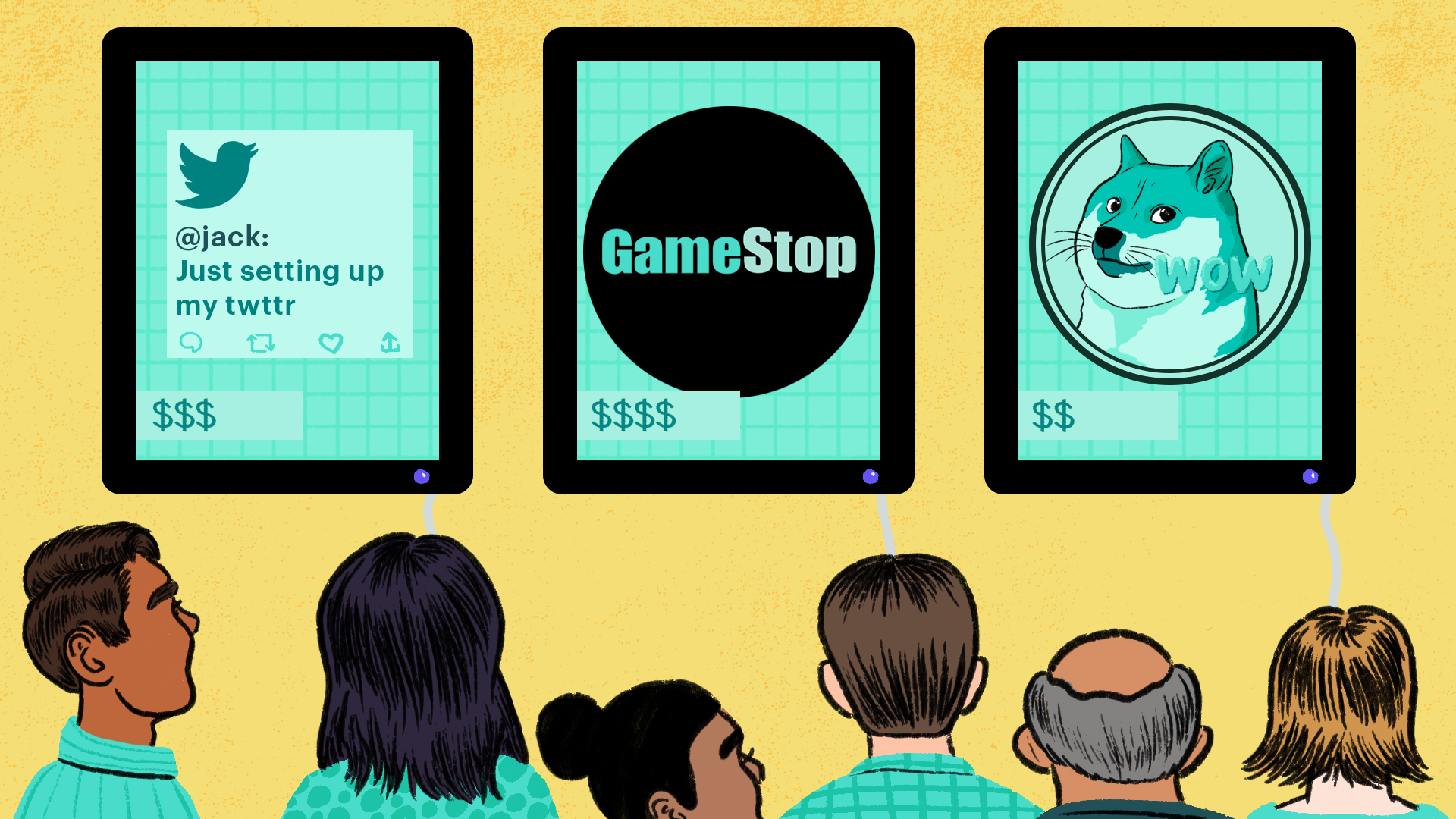 People have been investing outside the box lately.

Are you talking about GameStop?

That's one (big) example. But other investment manias have been getting attention, too. Backing up: an investing mania is when investors go wild and drive up the price on something. Sometimes WAY higher than it might actually be worth. See also: digital toilet paper art for more than $2,000 and Dogecoin's price more than doubling in one day.

Crypto exchange Coinbase and investing apps like Robinhood have made trading easier. (PS: a SEC report said Robinhood, which is often credited — or blamed — for helping make "meme stocks" happen, did everything by the book.) The pandemic's also given some investors enough time and boredom to get to know and invest in less familiar assets like Bitcoin and NFTs.

Let's Skimm it. Plus a few other popular investments:

So which one(s) should I invest in?

Before you fall for bandwagon bias and into any mania, recognize that all these investments have one thing in common: lots of risk.

One reason is that they're relatively new, so they have no long-term track record to help you gauge their performance potential. Also, their values are often tied to investor sentiment — that's how they feel about an asset and its price at a particular moment in time — rather than fundamentals, like what the asset is really worth.

Hmm, okay. So which one(s) should I invest in?

Remember investing in SPACs and meme stocks is technically just like investing in regular stocks — but with a high risk profile. So if you want to invest, think about what would complement your existing stock portfolio.

NFTs and crypto are something completely different. If you do decide to get in on the action, limit it to a small portion of your portfolio. And only invest with money you can afford to lose. That may not be as exciting as owning Jack Dorsey's first tweet, but a fully-funded future can be your own masterpiece.

Before you dive wallet-first into one of the latest investing crazes, be sure you understand what they are and the risks that come with them. Then you can decide whether they make sense for you.

Updated Dec. 16 to add the latest on NFTs, SPACs, and meme stocks.