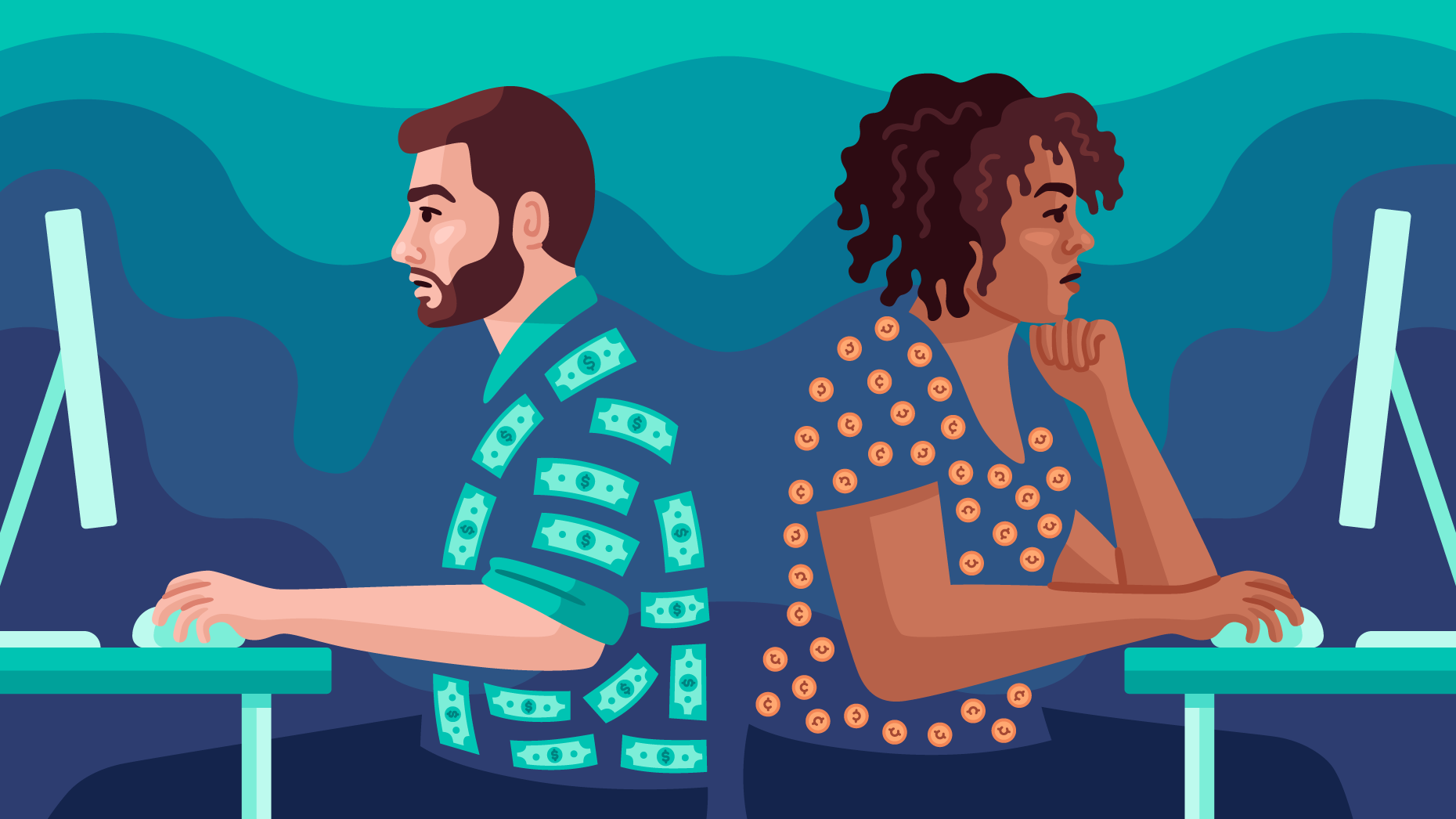 In 1963, the Equal Pay Act made it illegal for men and women to get different pay for similar work. But overall, women still aren't earning as much as men.

Overall, women get paid 83 cents for every dollar a man earns. It's worse for some BIPOC women. On average, Asian American, Native Hawaiian and Pacific Islander women earn 75 cents, Black women earn 58 cents, Native American women make 51 cents, and Hispanic and Latina women earn 54 cents for every dollar a man makes. This affects more than just today's paychecks. Getting paid less contributes to a much bigger wealth gap between women and men.

For one, traditional gender norms often funnel women into lower-paying roles (think: home health aides and child care workers) and discourage them from higher-paying jobs. Women are also often expected to handle unpaid caregiving for family members. That can cut into their work hours or stretch them too thin.

Oh, and gender-based discrimination is still a thing. Even if it's not overt. Example: Men, who are the majority of managers, are less willing to mentor female employees, which hurts women's odds of advancing. Another example: The "double bind," a catch-22 where women need to be assertive to get what they want, but are penalized or seen as too aggressive when they ask for it.

The gender pay gap holds women, especially most BIPOC women, back from wealth-building and financial independence. And while the gov and employers need to make big changes to close the gap, there are ways you can help — and earn more now.

Updated Dec 8 to include equal pay information for Latinas.