Daily Skimm: Trump, Brexit, and a Snake on a Plane 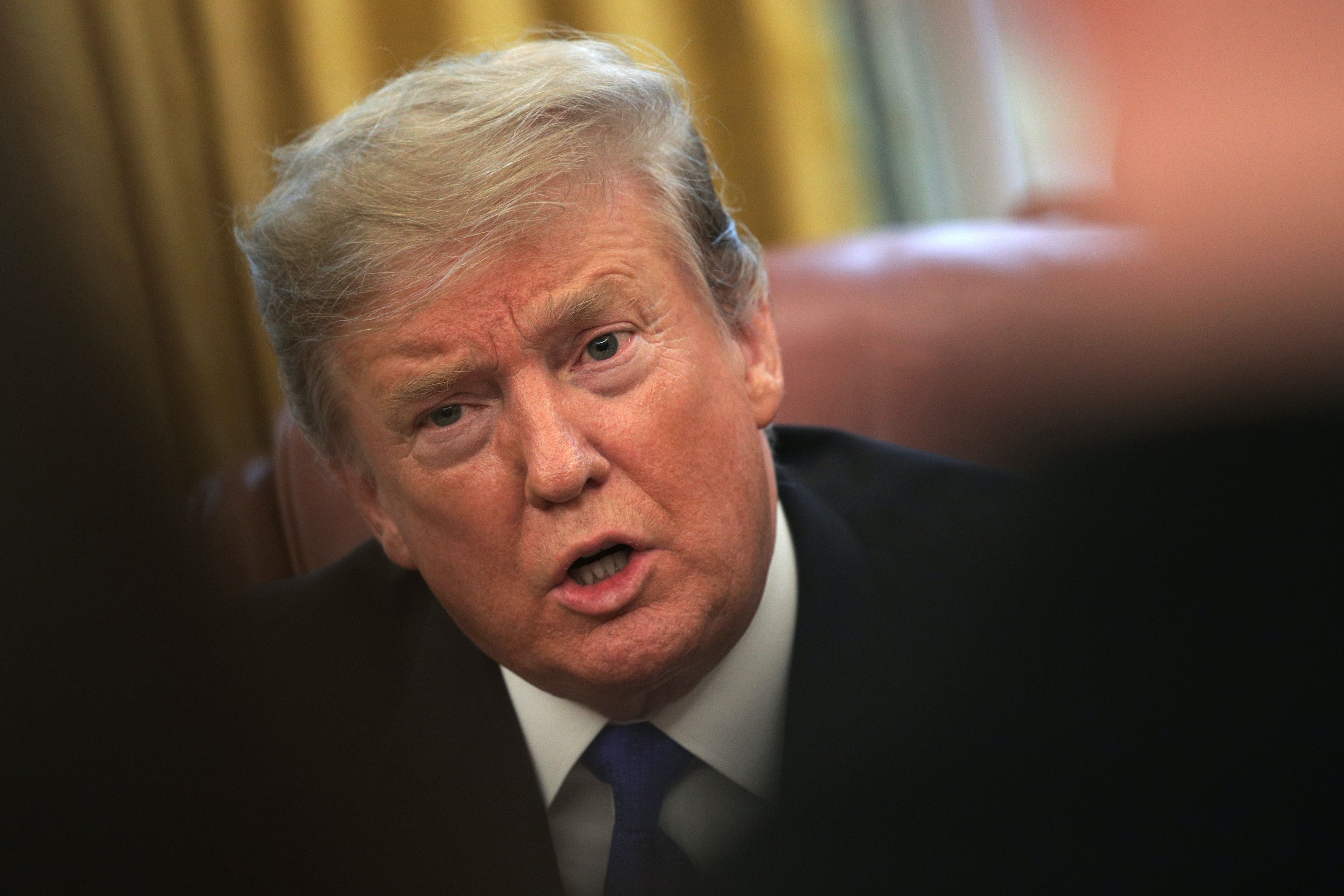 The #MeToo movement is coming to the White House.

Alva Johnson – a former Trump campaign staffer – is suing President Trump for sexual misconduct. She alleges that in 2016, he grabbed her hand and tried to kiss her on the lips without her consent. That a few other people saw it go down. That she told her mom, stepdad, and boyfriend about it the day it happened. And that she quit shortly after the "Access Hollywood" tape came out because she felt it showed a pattern of behavior. After failing to get a lawyer on the case before, she says she tried again because she was inspired by the #MeToo movement. And outraged over some of Trump's recent policies.

Yup. She's also suing the campaign for racial and gender discrimination. She says since she's black, she was paid less than her white and male colleagues.

I have to ask. Did Trump tweet about this?

Nope. But he's en route to Vietnam where he's having a big summit with North Korean leader Kim Jong Un tomorrow. So he might have other things on his mind. However, the White House press secretary called it "absurd." Two witnesses that Johnson mentioned denied the incident. And Trump's campaign spokesperson called the discrimination allegations "off base and unfounded."

But this isn't the first time he's been accused of something like this, right?

Correct. More than a dozen women have accused him of things like forcibly kissing and groping them. But Johnson is the first woman to come forward since he's been in office – and reportedly the only one who has accused him of this type of behavior during the campaign.

Despite the multiple sexual misconduct allegations against him, President Trump has remained unscathed through the #MeToo reckoning. Unclear if this new accusation will change that.

What to say when you hear the US has new sanctions against Venezuelan government officials...

The US isn't the only one taking a stand. Yesterday, the Labour Party – the UK's main opposition party – said it would support a second Brexit referendum to let people perhaps vote on the terms of the divorce or even whether they're still on board to exit the EU. You've been hearing about Brexit since the 2016 vote. And since then, UK PM Theresa May has struggled with the logistics of how being independent from the EU would actually work. Earlier this month, several lawmakers quit the Labour Party, in part because they wanted Labour leader Jeremy Corbyn to call for a second referendum. So far, Corbyn had said 'I don't think so, mate.' Now, it looks like he's open to it. Unclear what the next steps could be, but a new referendum could include the option to cancel Brexit altogether. This came the same day that the European Council president said it would be "rational" to postpone Brexit, and May warned that delaying Brexit isn't the way to solve things.

Who people are watching...

Cardinal George Pell, former advisor to Pope Francis. In December, he was found guilty of sexually assaulting two boys – but the judge ordered the verdict to be sealed so it wouldn't influence the jury in another trial against him (also about child abuse allegations). But the second trial was canceled after the charges were dropped. So now we're finding out the results of the first trial. Pell is the highest-ranking Catholic cleric convicted of child sex abuse and is appealing his conviction. This comes days after Pope Francis held a summit to discuss protecting children from sex abuse within the church.

What to say when you land a side hustle…

I can feel my wallet getting bigger already. GE is selling its biopharma business for about $21 billion in cash. GE has been struggling in recent years – due to things like its power business' declining profits – and even got dropped from the Dow Jones. Now, even though biopharma is reportedly one of its fastest-growing divisions, it's selling it off to try to pay off some of its debt. The deal's expected to close later this year. In other business news, the SEC asked a federal judge yesterday to hold Tesla CEO Elon Musk in contempt. Last year, the SEC charged Musk with fraud for allegedly making false statements via tweet about taking Tesla private. The two reached a settlement that requires Musk to get pre-approval on social media posts from company shareholders. Fast forward to earlier this month: Musk tweeted Tesla would make around 500,000 cars this year…and a few hours later said it would actually be closer to 400,000. The SEC says Musk didn't have the thumbs up from the company for the first tweet, so it violates their agreement. Unclear what the punishment could be.

What to say when you're meal-prepping…

Sorry, pizza, going to go with some paella. A new report says Spain passed Italy as the world's healthiest country thanks to things like eating habits. And it's expected to have the highest lifespan around the world by 2040. One-way ticket to Madrid, please.

What to say when you're ready for a deep convo…