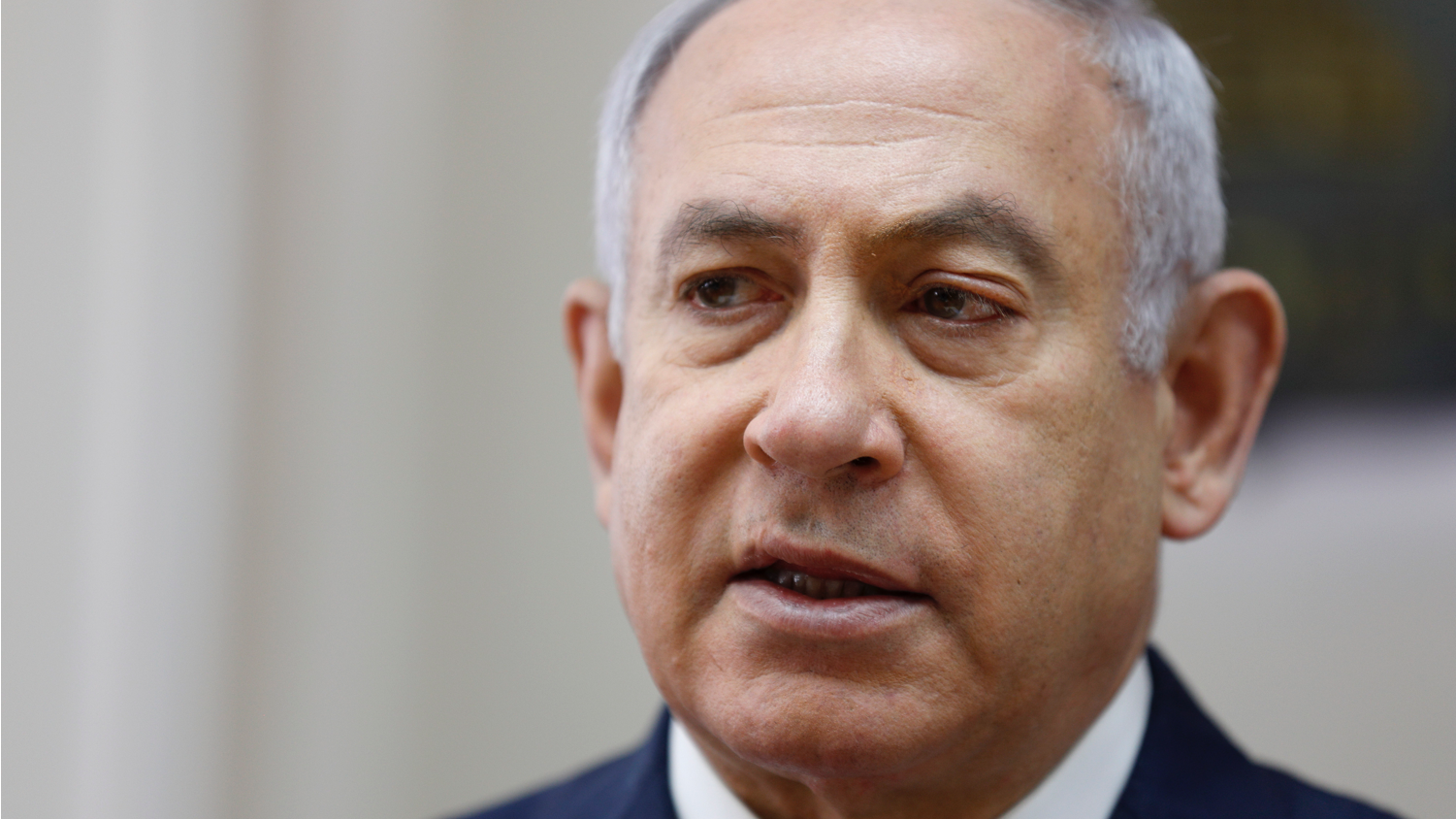 TIME TO LAWYER UP

Seems kind of intense. What's he in trouble for?

For more than two years, there have been investigations into three separate allegations. Police recommended charges in all of those cases, but it's up to the AG to decide if Netanyahu should be indicted. Yesterday, the AG said there's enough to indict Netanyahu on charges of bribery, fraud, and breach of trust.

What kind of allegations are we talking about?

One…He allegedly received hundreds of thousands of dollars worth of gifts to promote a tax break that would have benefited wealthy businessmen, including an Israeli Hollywood producer. The finance ministry apparently blocked the legislation.

Two…He allegedly discussed a plan to help a newspaper take down its competition in exchange for good press. The deal never went through.

Three…He allegedly got involved with an Israeli telecom company merger in exchange for positive coverage on its news site. This is the most serious allegation because it has to do with bribery.

He denies all of the allegations. And says this is a witch hunt courtesy of his liberal opponents. Before a formal indictment, he gets a hearing to explain why he shouldn't be charged. That whole process could take months. If the AG presses charges, Netanyahu would be the first sitting PM in Israel to be indicted. Also, the timing has everyone a little stressed out.

Because the country's elections are less than 40 days away. And Netanyahu is running for his fourth consecutive term.

Is this going to hurt his chances?

Unclear. Netanyahu is still pretty popular in the country – weathering other controversies in the past. But some have indicated he should step aside. And if he's re-elected, some parties may not want to partner with his conservative party to form a coalition. Which could explain why Netanyahu partnered with a far-right party – something some see as an attempt to hold on to power.

Netanyahu is already one of the longest-serving PMs in Israel's history. Many consider him a stable force in an unstable region. But some think these allegations warrant a new leader that'll put Israel's best interests first – rather than their own. We'll find out what the voters think in April.

What to say when you take the blame for something…

So is PG&E. Yesterday, California's largest public utility said its equipment probably caused last year's Camp Fire – the deadliest in the state's history. It killed at least 86 people and destroyed 14,000 homes. Earlier this year, the company had to file for bankruptcy because of liabilities around its history of starting wildfires. Now it's saying it might be behind the Camp Fire too. Moving on to the Midwest: Toledo, Ohio voted to give Lake Erie personhood status. Meaning it'll have the same legal rights as a person. Yes, this is real. In 2014, pollution caused the lake to develop a toxic algae bloom, which cut off drinking water to hundreds of thousands of people. The new personhood rights allow residents to sue lake polluters to pay for things like cleanup costs. All of this is something that Andrew Wheeler will be thinking about. He was just confirmed as the new EPA administrator. Welcome.

He's not the only one getting called out. Yesterday, Reps. Mark Meadows (R-NC) and Jim Jordan (R-OH) asked the DOJ to investigate Michael Cohen for perjury. Earlier this week, Cohen (President Trump's former personal lawyer) spent about seven hours testifying in front of a House committee. He talked about everything from the Stormy Daniels hush payments to whether Trump is racist. Now Meadows and Jordan – two of Trump's top allies on the Hill – are accusing him of lying. They want the DOJ to investigate, alleging that Cohen's answers contradicted what federal prosecutors and witnesses have previously stated. What's also on GOP minds: CPAC – which stands for Conservative Political Action Conference. It's pretty much a networking event-slash-bootcamp for conservatives. It kicked off earlier this week and ends tomorrow, when Trump is scheduled to speak. TBD if Trump has to pull some strings to get Jared Kushner through security.

What are you trying to find? Yesterday, Thailand passed a cybersecurity bill that lets the gov access personal data without a court order. Lawmakers there have been working on a cybersecurity bill like this for years. But edits were made after pushback from the public and worry from critics that this may let the gov silence opposition. The fine print of the bill: officials can seize, search, and make copies of computers or other info if a certain gov committee sees it as a serious security threat.

Some Uber and Lyft drivers are also hitting a home run. The two companies' IPOs are some of the biggest expected to hit Wall Street this year. Now, they're planning to give some of their most active drivers cash bonuses to buy stock in their IPOs. It's not all good news in the business world. HBO's CEO is breaking up with the company. And Gap is dealing with a breakup too. Yesterday, the company announced that Old Navy will break off as a separate company to allow it to grow on its own.

What to say when you miss babysitting…

Get the club back together. The Jonas Brothers know what we mean.

What to say when you're tired of your Spotify playlists…

When you get home, put this on.