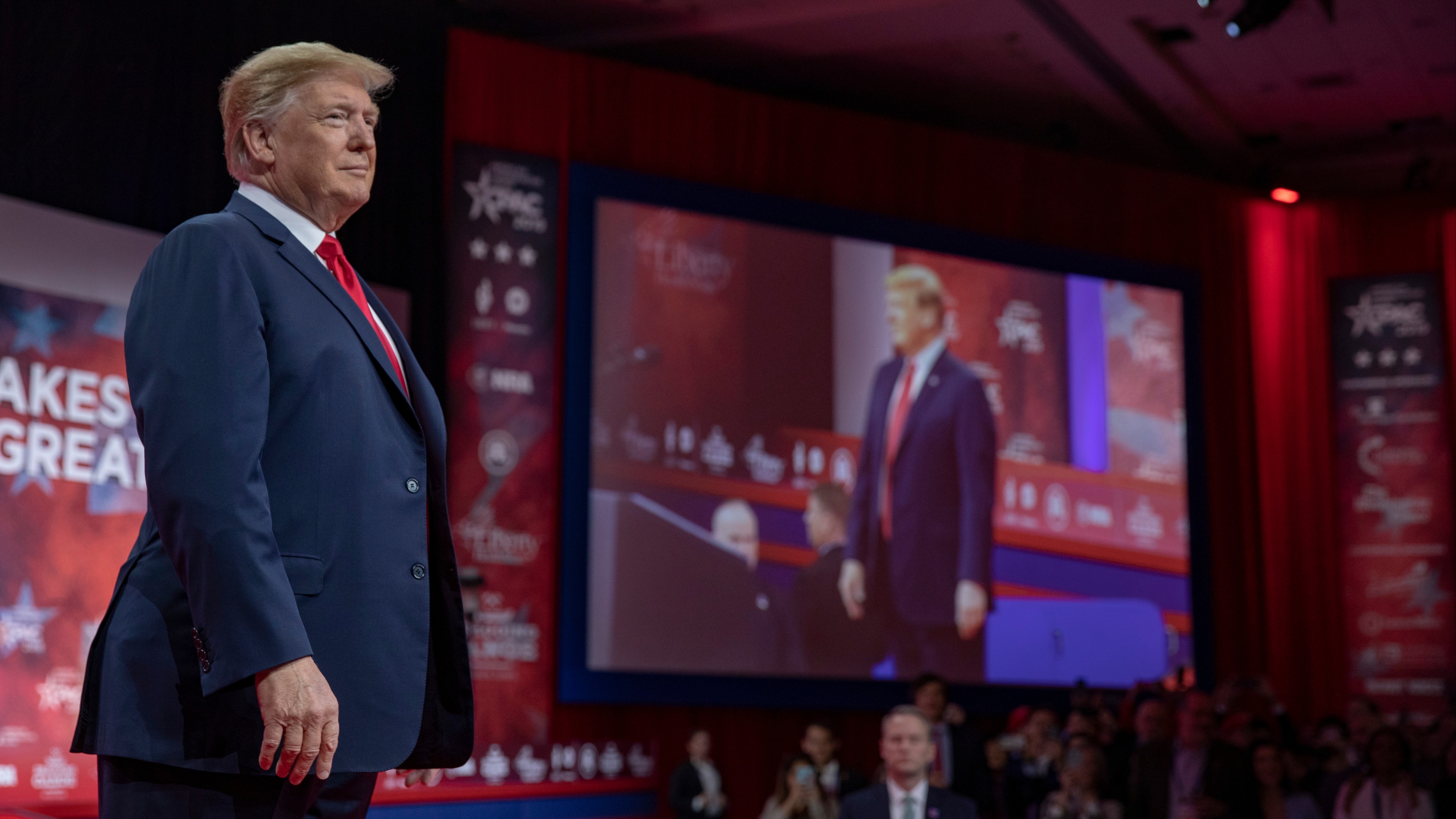 A House committee is turning the heat up on President Trump.

The House Judiciary Committee is looking into allegations against Trump around obstruction of justice, abuse of power, and corruption. Today, it's planning to request docs from dozens of people tied to the president – like his son Donald Trump Jr, former WH Chief of Staff John Kelly, and the Justice Department.

Is this part of Robert Mueller's investigation?

No, that's different. But that one could wrap up anytime. So be on the lookout.

K so why should I care about this one?

This committee is the one that could recommend impeachment. Meaning if it finds that he's guilty of any impeachable offenses – like trying to sabotage the 2016 election – then it has the power to kick off that process.

That sounds serious. So is impeachment the end goal?

Not necessarily. The committee's chairman Rep. Jerrold Nadler (D-NY) says impeachment talk is a "long way down the road." But he thinks it's "very clear" that Trump obstructed justice. And he plans to present that case to the American people. The president says he's innocent, and that he's the victim of a "witch hunt."

Now that Democrats have control of the House, they've been buckling down on their investigations into Trump. Enter: Michael Cohen's testimony last week – which had a lot of Capitol Hill whispering the word "impeachment." This latest announcement shows Dems are ramping up investigations that could lay the groundwork for just that.

I wouldn't hate a refresher.

Last month, Trump declared a national emergency to go around Congress and get the money for his US-Mexico border wall. Both Democrats and Republicans pushed back, accusing Trump of overstepping into Congress's domain.

Then last week, the Dem-controlled House voted to pass a resolution to stop him from getting the funds. Now the Senate has until later this month to vote on this.

But honestly, what are the chances it'll pass there?

Well, they just went up. The Republican-led Senate is split 53-47. If all Democrats vote against Trump, then they only need four Republicans to get a majority needed to block the declaration. At first, only three Republicans were going to side with the Dems. But over the weekend, Sen. Rand Paul (R-KY) said he's supporting the legislation too. It's unclear when the chamber will vote on this – but it has to get it done within the next few weeks.

Wait, one more thing. Last year, thousands of migrant families that tried to cross the US-Mexico border were separated as a result of the Trump admin's zero tolerance policy. A number of parents were deported while their kids remained in the US – either with family, in foster care, or possibly still detained. Over the weekend, more than two dozen parents returned to the border to claim asylum in the hopes of reuniting with their kids. No word from Customs and Border Protection yet.

Trump has taken his commitment to the border wall from the campaign trail to the White House. If the Senate does vote to block it, the White House has already said Trump will veto it. It would be Trump's first veto ever.

Alabama. Yesterday, tornadoes swept through the eastern part of the state and in Georgia, killing at least 23 people and leaving behind serious damage. Tens of thousands don't have electricity. And President Trump urged people there to stay safe. Search and rescue missions are ongoing.

Stephon Clark. The two officers who fatally shot the unarmed black man won't face criminal charges. Last year, police responded to a call complaining of vandalism in Sacramento, CA. The officers ended up chasing Clark into his grandmother's backyard and shooting him. Clark was carrying a cellphone that officers mistook for a gun. The officers were placed on paid leave pending the investigation. This weekend, the city's DA said the officers are justified in making "split-second decisions" to use force when they think their lives are in danger. Some – like California's governor – say this as part of a larger trend of officers disproportionately killing black Americans and people of color. Protests over the decision broke out over the weekend, and the police dept's reportedly still looking into whether the officers should be fired.

What to say when you hear Estonia embraced the far-right in its election...

Algeria's upcoming election is making headlines too. Over the weekend, tens of thousands of Algerians protested against their president running for re-election. President Abdelaziz Bouteflika has been in power for 20 years – and has gone mostly off the grid since suffering a stroke in 2013. But the country's been experiencing high unemployment rates with reportedly more than 25% of people under 30 without jobs. There have also been accusations of corruption and crackdowns on the opposition. For more than a week, people have been calling on Bouteflika not to run next month, saying he's not fit because of his health problems and those corruption allegations we mentioned. But yesterday, he threw his hat into the ring. Bouteflika survived the 2011 Arab Spring protests. Time will tell if he has the same luck in 2019.

What to say when you hear the US is one step closer to its outer space goals...

Lyft is one step closer to its IPO dreams. On Friday, it beat Uber to become the first ride-hailing company to file for an IPO. But don't cancel on Uber just yet: it's about three min away from doing the same. Next, it'll hit the road(show) and try to prove that even though its model is just like Uber's, investors should still give it a Lyft. Speaking of tech companies in the limelight, Google. It apparently still won't remove a Saudi app that lets men track women's movement and control their travel – because the app doesn't violate the company's terms of service. Alllllrighty then.

Skimm More: Listen to our app's audio ep on how an IPO works. We won't blame you if you get stuck down a rabbit hole

"Leaving Neverland." The first part of the new HBO documentary aired last night. The doc features claims by two men who accuse Jackson of sexually abusing them for years as kids. It made headlines when it premiered at Sundance earlier this year. The Jackson estate is suing HBO for airing it, accusing the company of violating a 1992 contract not to disparage the singer. Accusations against Jackson aren't new. But they're taking on a new resonance post-#MeToo. The first part aired last night, the second part airs tonight, and the whole doc is available now to stream online.