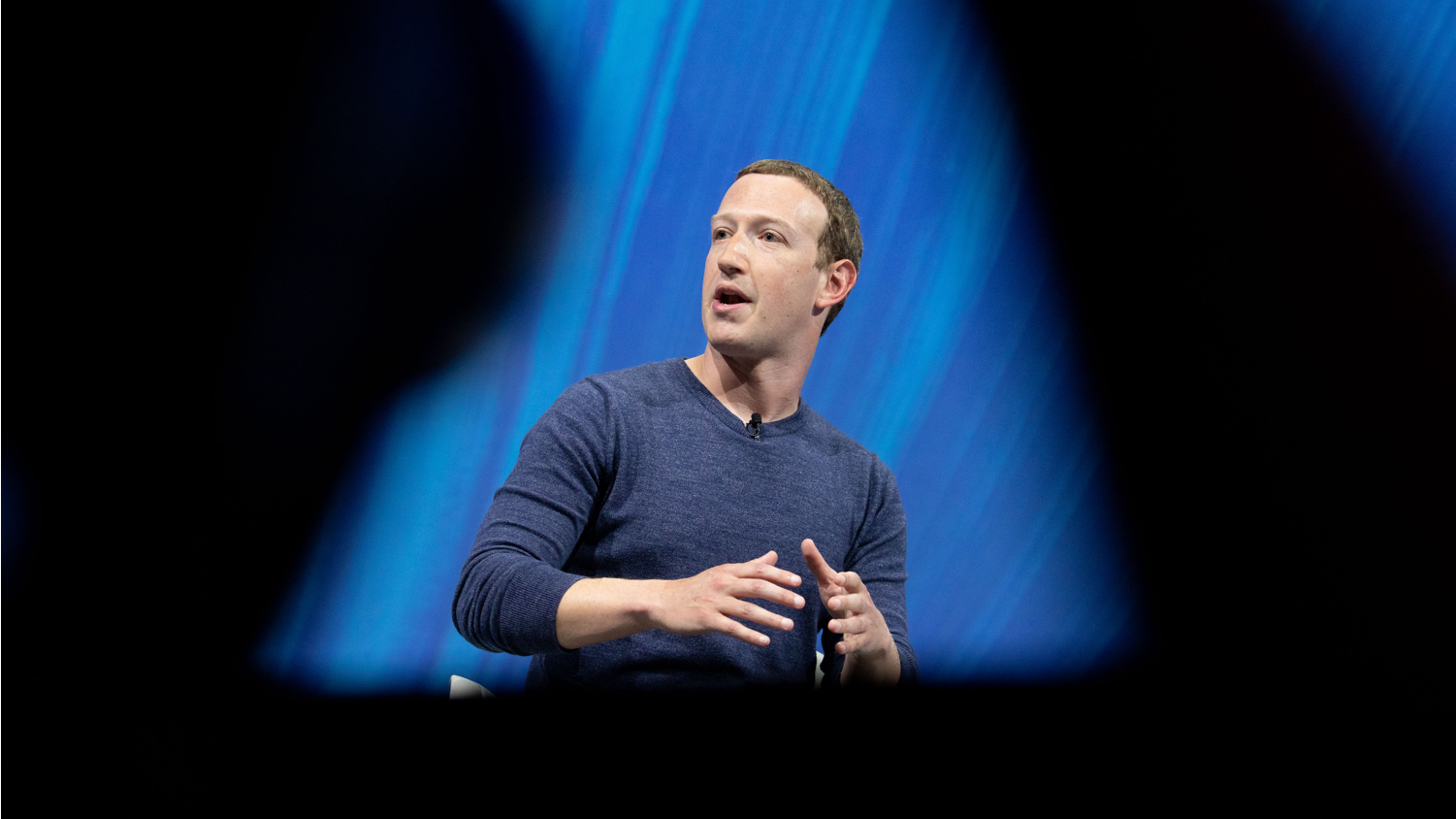 THE FUTURE IS PRIVATE

Sorry I wasn't paying attention, I was on Insta.

The year was 2017 and Zuckerberg was (maybe) dreaming of becoming president. Then 2018 rolled around and...it came out that Cambridge Analytica used the platform to access tens of millions of users' data without their knowledge. And that it's the go-to site for Russian and Iranian trolls. And that it was used to fuel violence in Myanmar. #DeleteFacebook was trending. Zuckerberg gave that testimony on Cap Hill. There was a data hack. And a bug. And some phone monitoring. And some opposition research drama. And calls for Zuckerberg to testify abroad. Now we're here.

Here I was thinking my typo to my boss was bad...

See, rest easy. Zuckerberg knows things went off the rails. So his new plan is to revamp the company's products with the focus of keeping your privacy in mind.

It will move away from its public 'sharing is caring' vibe to focus more on private, group chats – something Zuckerberg says is the direction people are trending toward. He also wants to make sure those chats – like on WhatsApp, Messenger, or Insta's DM – work seamlessly together and are private, secure, deletable, and safe. Think: messages that can disappear like Snapchat or stories. He used the word 'encryption' a lot.

So...should I warn my mom to find somewhere new to share her photos?

Maybe, maybe not. There'll apparently be the option to archive them. In any case, this is a huge shift by a huge company. Zuckerberg says it will take a few years for it to overhaul its platforms. But critics are skeptical that the platform that's become synonymous with privacy problems can somehow remake itself as privacy's best friend. And flag that there's still a US investigation into all this.

About 2.7 billion people use Facebook and its services. So changes like the one Zuckerberg mentioned could impact how roughly a third of the world communicates for years to come.

What to say when you hear Huawei's suing the US gov…

Tough day for the US. It just announced that its trade deficit hit a record high last year. Reminder: the trade deficit is the difference between how much the US imports versus how much it exports. President Trump has been trying to close the gap by getting more countries to buy from the US. But the new numbers show that Trump's policies haven't been working out as planned. Some reasons why countries are buying fewer products with 'Made in the USA' stickers were beyond his control – like a global economic slowdown. Others – like the new tax cuts, and the trade war with China – were not. Here's what else DC is buzzing about: presidential debates. Yesterday, the Democratic National Committee said it won't let Fox News host any of its primary debates, citing a recent New Yorker piece that claims the outlet is anything but fair and balanced. Speaking of things on cable news' radar: Paul Manafort. Today, Trump's ex-campaign chairman is being sentenced for crimes like tax and bank fraud. He faces up to 24 years in prison.

What to say when your co-worker starts acting cranky…

K, you can go now. That's what Nicolás Maduro is saying to a German ambassador. Venezuela's been dealing with a political crisis since earlier this year, when Juan Guaidó invoked the constitution to replace Maduro as president. But Maduro's not giving up his 'president' title. Dozens of countries – including the US and Germany – have backed Guaidó. Earlier this week, the German ambassador was part of a group of diplomats who welcomed Guaidó back to the country. Now, Maduro's gov is accusing the ambassador of meddling in Venezuela's business. He gave the diplomat 48 hours to pack his bags. He's not the only person on Maduro's sh*t list. His admin is deporting a US journalist living in Caracas who was detained yesterday – a week after Univision anchor Jorge Ramos was detained. Meanwhile, the US is planning to revoke the visas of 77 Venezuelans with ties to Maduro to keep pressuring him to step down.
Skimm More: Get more of the background on how Venezuela got into this political crisis.

Sen. Martha McSally (R-AZ). Yesterday, she revealed she was raped while serving in the US Air Force. McSally was the first female fighter pilot to fly in combat. Yesterday, during a Senate hearing on the problem of sexual assault within the military, McSally spoke up to say that she too was raped by a superior officer. She received praise across the aisle for speaking up. In other #MeToo news, Mario Batali. The celeb chef sold off his shares in all of his restaurants. This comes after the 2017 sexual misconduct allegations against him. While a number of chefs and restaurateurs have been accused of sexual misconduct during the #MeToo movement, Batali's reportedly the first to give up all of his restaurants. Meanwhile, WarnerMedia is looking into allegations that Warner Bros CEO Kevin Tsujihara promoted a woman he was having sex with for acting roles. He denies wrongdoing. Another man in the headlines: R Kelly. He's back in jail – but not because of the sexual abuse allegations. This time, it's about the more than $100,000 he hasn't paid in child support. Oh, but he's also the subject of another child sex investigation.

Who people are speaking up for…

Nasrin Sotoudeh. She's a prominent human rights lawyer in Iran. Yesterday, she was convicted after defending women who protested the country's rule on mandatory headscarves. Those rules have been in effect since the 1979 Iranian Revolution. In recent years the civilian government has tried to loosen the rules. But the religious hardliners – including in the judiciary – are way more powerful in Iran, and they aren't down with the updates. Sotoudeh – an outspoken critic of the judiciary – was arrested last year. Now she faces years in prison for charges like "encouraging corruption and prostitution."
Skimm More: Listen to our audio ep on the Iranian Revolution in our app.

What to say to your friend whose guilty pleasure is "Jeopardy!"…

Thinking of you and Alex Trebek. Yesterday, the "Jeopardy!" host announced he has stage 4 pancreatic cancer. He admitted that the prognosis isn't great, but said "I'm going to fight this, and I'm going to keep working."

We feel you. Let's end on a good note. NASA is launching its first all-female spacewalk later this month. Now that's a way to close out Women's History Month on a positive note.