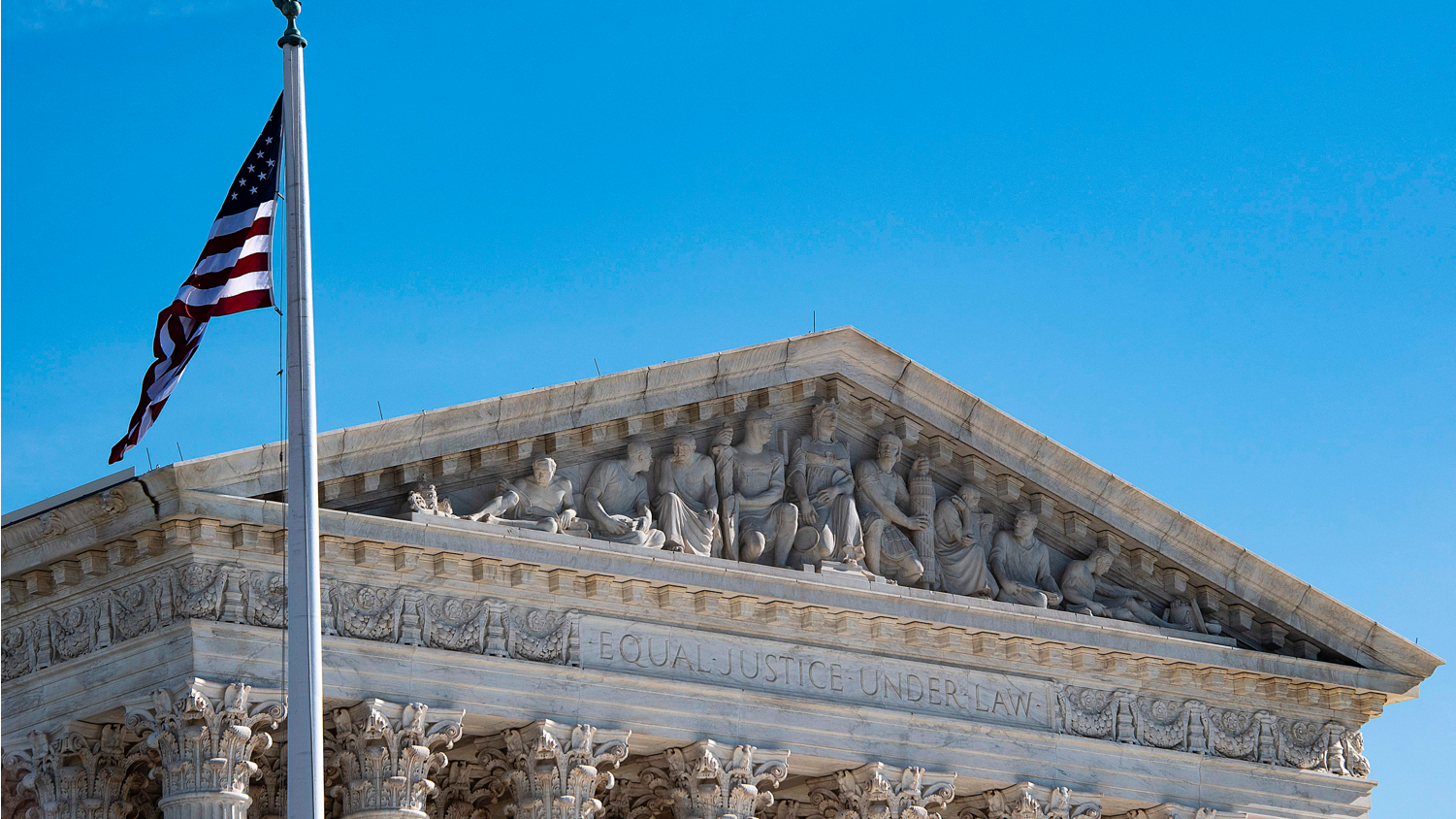 A 1996 law says that the federal gov can detain any immigrant convicted of certain crimes "when the alien is released." The word that caused debate was "when." Immigrants' rights advocates interpreted that as immediately after being released from criminal custody. The federal government said it could happen anytime – even months or years after. A lower court ruled that immigrants could only be detained without a bond hearing if they were detained right after release.

What are the Supremes saying?

Yesterday, they ruled 5-4 that the gov can detain immigrants guilty of a deportable offense after they have completed prison terms – no matter how long ago they were released. And can be held indefinitely without a bond hearing. But the Supremes said individual immigrants could challenge the law. And they may argue that this violates their due process rights under the Constitution.

In other immigration news, the Trump admin is releasing hundreds of families caught crossing the US-Mexico border in Texas. The reason: overcrowding and safety concerns. Some families will be processed and released, and will apparently have to report back later to start their deportation or asylum cases.

The Obama admin shared the same position as the Trump admin on the SCOTUS case. But the ruling gives President Trump more authority as he moves towards hardline immigration policies. And means that hundreds or perhaps thousands of immigrants may face arrest soon.

West Virginia's attorney general is taking on the Catholic Church.

For years, the Catholic Church has been dealing with sex abuse scandal after sex abuse scandal. Now, West Virginia's AG filed a lawsuit against the Catholic diocese and a former bishop there. He's alleging that they knowingly hired predators, failed to conduct proper background checks, and chose to cover up criminal behavior. The case is being brought under the state's Consumer Credit and Protection Act alleging that the diocese advertised safe environments for children while at the same time…doing the opposite.

Consumer law seems random, we know. But it's a calculated legal move that could apparently get access to the church's files. And might set a precedent for how legal proceedings against the Catholic Church could go down in the future.

What the new parents in your office are talking about…

The FDA. It just approved the first drug to treat postpartum depression The disorder affects about 400,000 women in the US every year – and without any treatment, it could last for months or years. That could change with this new approved drug. How it works: it's administered as one 60-hour IV infusion. And symptoms could apparently improve within one day. The drug is expected to be available in June.

Let's settle this. Facebook is again and again doing the same. Groups like the ACLU have sued the company for giving advertisers the ability to block ads for some people based on things like their race, gender, and disability status. Specifically for housing, credit, and job ads. Enter: discrimination lawsuits. Now, Facebook is trying to patch things up by no longer giving out some personal info and limiting what advertisers can use to target users. It also plans to create a tool that'll show every housing ad in the US, even if you aren't targeted for the ad. Oh, and it'll also cough up $5 million as part of the settlement. But it's not in the clear yet, since the company is still facing a separate complaint from the Dept of Housing and Urban Development over the housing ads issue. Even though Facebook's revenue isn't expected to take a big hit, it's still a big overhaul for a company that's created a major advertising platform. The company says the changes should be done by the end of the year. While you're waiting for that to happen, feel free to shop on Insta.

The Midwest. Yesterday, VP Mike Pence visited the region, which is experiencing historic flooding – and prepping for more as rivers continue to rise and snow melts. At least three people have died and hundreds have been displaced. Iowa, Nebraska, South Dakota, and Wisconsin have all declared states of emergency. Many fields are ruined and livestock have died in these big farming states – which could have a major impact on the industry.

Who's packing up their desk…

Kazakhstan's President Nursultan Nazarbayev. Yesterday, he announced his resignation after nearly 30 years in power. He's been credited for maintaining stability and peace there, but has been criticized for sidelining the opposition. Although he's staying on as the head of the ruling party, the speaker of the upper house of parliament is taking over as interim president until next year's elections. Who also resigned yesterday: Tsunekazu Takeda– the president of the Japanese Olympic Committee. He's under investigation for allegedly paying bribes to get the votes for Tokyo to host the 2020 Olympics. He denies the allegations, and will step down in June. Here's another name in the headlines: Stephen Dickson. President Trump says he'll tap the former Delta pilot and exec as the new FAA Administrator. The agency's been without a permanent head for more than a year – and this comes as it is dealing with the aftermath of a second deadly

What to say when you hear about Mike Trout's historic deal…

He's not the only one breaking records. Karen Uhlenbeck became the first woman to ever win the Abel Prize – aka one of the most prestigious math awards. The limit for how awesome she is does not exist.