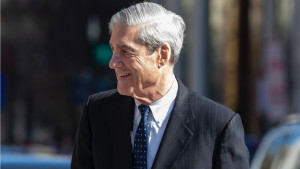 Special counsel Robert Mueller is officially done with his investigation. And Trump is calling it a major win.

Wow. That investigation only took…umm…

Two years. In January 2017, the US intel community said that Russia launched a campaign to influence the 2016 presidential election to help President Trump win. A couple months later, then-FBI Director James Comey confirmed that the FBI was looking into whether the Trump campaign colluded with the Russian gov. President Trump later fired Comey, who was overseeing the investigation. So the DOJ tapped Mueller to do the digging.

What exactly did it want him to dig into?

Whether the Trump campaign colluded with Russia during the 2016 presidential election. And whether Trump tried to obstruct the investigation into that. After two years of digging and nearly 200 criminal charges later, he submitted his report to Attorney General William Barr.

Get to it...is Trump guilty or not?

Barr's summary of the report says that Trump and his aides didn't conspire with Russia. That Mueller's not recommending any further charges. And that there wasn't enough evidence to prove that Trump illegally obstructed justice. But this is where things get tricky: Mueller's team didn't actually come to a conclusion about whether Trump obstructed justice. So Barr and Deputy AG Rod Rosenstein made that call.

Hm. So where does that leave things?

Lawmakers on both sides have called on the DOJ to make the report public. Dems have been worried in the past about Barr's commitment to the investigation and have threatened to issue subpoenas if they don't get more information. Republicans think it's about time we all moved on.

And what about Trump?

He's ecstatic. He posted a celebratory tweet claiming "complete and total exoneration." And said it's "a shame" the country had to deal with the investigation for all these years. Worth noting though that while this report looks like good news for Trump, his team did not get out unscathed. Many people in his inner circle have either been sentenced to prison or face prison time thanks to the investigation. That includes his former fixer-slash-personal lawyer, his former national security adviser, his former campaign chairman, his former deputy campaign chairman, and the list goes on.

So the report...will we see it or no?

We don't know yet. Barr's already briefed Congress with his summary and has said he's limited in what he can release to the public. Here's why: he can't publicize things that are the subject of ongoing investigations – and some investigations have moved past Mueller into other hands.

Yup. Trump isn't out of the woods just yet: he's still being investigated by a number of congressional committees and prosecutors in NY.

But what I really want to know is who's going to play Mueller in a movie?

Tough. Our vote's on Sam Waterston, James Cromwell, or Robert De Niro. Oh and Tilda Swinton, she can play anyone.

It is a good day for democracy to find out that the President of the United States and his team did not collude with a foreign country to hijack the presidency. But this investigation and the anticipation around it has divided the country for two years. And it's unclear if we'll ever get all the answers. Or if those answers will ever be enough to move the country forward.

What to say when you get antsy staying inside all day...

Need to walk this out. Over the weekend, more than 1 million people turned out in London to call for a new Brexit referendum, in what might have been one of the biggest demonstrations in British history. Unfortunately for them, that re-vote is unlikely to happen as the gov is still trying to make its divorce from the EU work. It's up to Prime Minister Theresa May, who's trying for round three on her deal for how to leave the EU. Oh, and dealing with rumors she could be ousted. Fun job. This week, UK lawmakers are planning to take up the issue again and may vote on May's deal (with amendments) or a range of other Brexit options. If lawmakers can't agree on an exit strategy, the UK's on track for a chaotic breakup on April 12.

ISIS. US-backed Kurdish soldiers say that the terror group lost control of its last remaining territory in Syria after years of fighting. This comes months after President Trump said ISIS had been defeated there and announced that US troops would be pulled out. But there are still thousands of ISIS fighters in the area, plus reportedly tens of thousands of sympathizers. ISIS is now expected to operate as a guerilla group, like it has in the past. The group also has deadly networks abroad – in places like Afghanistan, the Philippines, and West Africa. And is believed to still have access to tens of millions of dollars. In other words, ISIS's territory in Iraq and Syria might be gone, but the terror group is still a threat worldwide.

The second Marjory Stoneman Douglas High School student to have apparently died by suicide in a week. The circumstances of the death are still unclear. But yesterday, public officials met to discuss how they can make mental health services more available to try to avoid similar tragedies.

What to say when you overshare and immediately want to take it back...

Crawling into a hole now, bye. Turns out, FEMA's done some oversharing too. Last week, the agency acknowledged that an estimated 2.3 million people's personal data had been compromised. The victims included survivors of the 2017 California wildfires as well as Hurricanes Harvey, Irma, and Maria. Millions of people who used FEMA's temporary shelter program had their banking information or personal addresses exposed. That's because FEMA says it mistakenly shared the data with a contractor. It's unclear who the contractor is or if the move has led to ID theft or fraud. But it's shaking trust in an organization that Americans have relied on during natural disasters. And is serving as a wake-up call for gov agencies to take data privacy seriously.

You are the Gronk to my Brady and I miss you already. Yesterday, the legendary Gronk – aka New England Patriots tight end Rob Gronkowski – announced he was retiring from the NFL. He didn't say why, but he's had some injuries recently, and rumor has it he may want to turn to the movie or TV world.