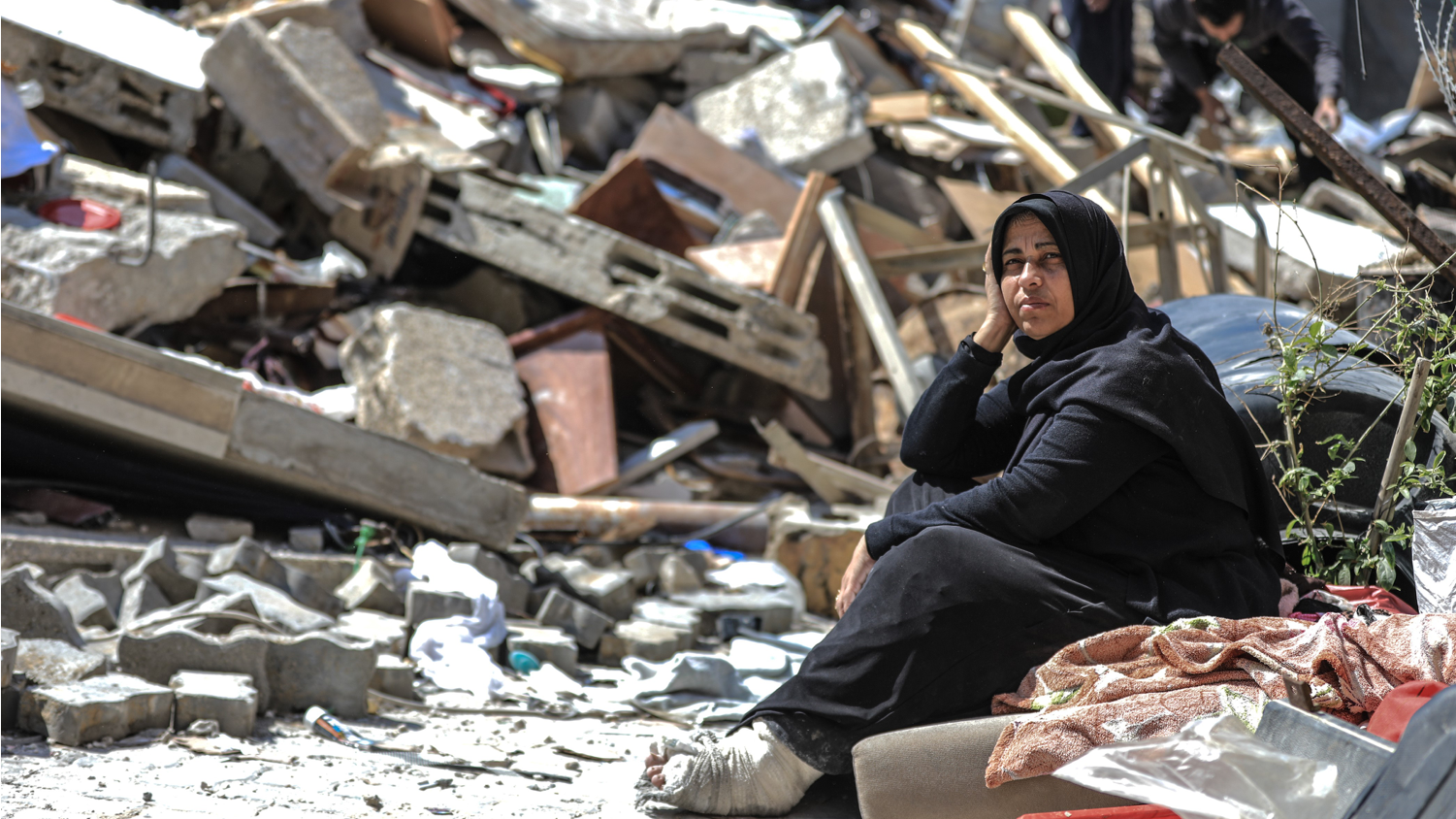 Israel's got a lot on its plate right now.

Yesterday, the fighting between Israel and Hamas sent people into a bit of a panic. First, a rocket from the Gaza Strip hit near Tel Aviv, injuring seven people. Israel blamed Hamas – the Islamist group that runs Gaza and is considered a terror group by the US, the EU, and Israel. Israel responded with airstrikes of its own. Then there were more rockets from Gaza. And everyone got nervous this would lead to an escalation in fighting. But Hamas says the two sides are putting the violence on hold – thanks to a cease-fire negotiated by Egypt.

Can we talk about Gaza for a sec?

Yep. It's the strip of land next to Israel where around 2 million Palestinians live. Many of them originally lived in the area that is now Israel, but fled after Israel gained statehood in 1948. First, Egypt controlled Gaza. Then, after the Arab-Israeli War of 1967, Israel took control of the territory. It withdrew settlements in 2005. But then Hamas came to power, and Israel and Egypt have since imposed a blockade, tightly controlling a lot of what comes in and out of the area. Gaza has been dealing with an economic crisis – partly blamed on the blockade and partly on Hamas mismanagement. And people in Gaza are pushing back.

Hamas has been dealing with a series of protests in recent weeks over things like taxes and poor living conditions in Gaza. In response, it detained about 1,000 people – reportedly including human rights workers and journalists. It has since apologized.

Got it. You said Israel had a lot on its plate? That sounds like more of a Hamas problem.

Israel's got its stuff too. The country heads to the polls next month. And Israel's longstanding Prime Minister Benjamin Netanyahu is in a tough spot as he deals with a series of corruption allegations. Some critics are also accusing him of going too easy on Hamas. He could use all the political support he can get. That's where President Trump comes in.

Trump has thrown his full weight behind Netanyahu's hawkish positions on Israeli territory (case in point: recognizing Jerusalem as Israel's capital). Yesterday, while Netanyahu was visiting DC, Trump took another step by signing a proclamation recognizing the Golan Heights as Israel's.

More words on that would be great...

There's a lot going on in, near, and around Israel right now. How each situation evolves – whether it be corruption allegations at home or protests in neighboring Gaza – could have big impacts on peace in the region.

The Affordable Care Act. Yesterday, the Justice Department said that the ACA should be fully repealed. Back in December, a federal judge in Texas ruled that the law's individual mandate is unconstitutional, and because of that, the rest of the law is invalid. The DOJ had previously taken a more narrow stance, arguing that things like protections for patients with pre-existing conditions should be scrapped from the ACA. Now the DOJ is siding with the judge's ruling. This is seen as a major shift for the dept, and it could risk millions of people losing their health coverage. The case is expected to make its way up to the Supreme Court.

Just Don't Do It. Yesterday, Michael Avenatti was arrested for allegedly trying to extort more than $20 million from Nike. Avenatti's claim to fame is repping Stormy Daniels, the porn star who says she had an affair with President Trump. Now things are looking stormy for him (sorry, we had to). Avenatti allegedly told Nike that another one of his clients (an amateur basketball coach) had evidence that the company illegally paid off top high school basketball players...and threatened to expose this unless Nike paid millions of dollars. Avenatti was also charged in a separate case for allegedly embezzling money from a client to pay off his debt. Unclear whether Trump is celebrating the news. But here's what else is on his mind: special counsel Robert Mueller's report. Yesterday, he and other Republicans went on the offensive after a summary of the report said there was no evidence of Trump-Russia collusion. Trump said that those responsible for the investigation did "treasonous things." Sen. Lindsey Graham (R-SC) called for AG William Barr to appoint another special counsel to look into how the initial investigation got started. And Senate Majority Leader Mitch McConnell (R-KY) blocked a resolution calling for the Mueller report to be made public.

What to say when you're bad at delegating tasks…

I'll handle this myself. UK Parliament is taking control of the Brexit process from PM Theresa May. She's been working to get her deal through Parliament not once, not twice, but three times now. But it looks like lawmakers aren't trying to take up her plan for a third time. Yesterday, they voted to take matters into their own hands. Translation: they can vote on alternatives to May's plan, which may seriously change the course of the UK's divorce from the EU. If they can't agree on a deal by the end of the week, they'll have until April 12 to report back to the EU on WTF they plan to do next. Stay tuned.

The Democratic Republic of Congo. It's dealing with the second-deadliest Ebola outbreak in history. In 2014, the worst outbreak ever hit the region, killing more than 11,000 people. This latest outbreak started in August, and has already killed 629 people. Violence against treatment centers has made it even harder to stop the disease from spreading and has caused some treatment facilities to close. Meanwhile in southeast Africa, the region is still reeling from Cyclone Idai. The death toll has reached more than 750 in Mozambique, Zimbabwe, and Malawi combined. And officials in Mozambique are concerned about a cholera outbreak.

Goop, there it is. Speaking of Apples, yesterday the tech giant unveiled new subscription services. That includes a news service – where you pay $10/month for access to content from more than 300 publications, including hi, us. Plus more TV shows. And more games. It also intro'd its new credit card. And threw some subtle shade at Facebook, emphasizing that your personal data would be safe. The company is hoping the updates will bring a new source of revenue in subscription services after its iPhone sales have been stalling. In other news shaking up Silicon Valley, Uber is buying its Middle East competitor Careem for more than $3 billion. Think of it as part of Uber's goal of being, ahem, the Careem of the global ride-sharing crop.

PS: theSkimm is one of the publishers featured in Apple News+.