Daily Skimm: Theresa May, Mali, and the Horror of Sliced Bagels 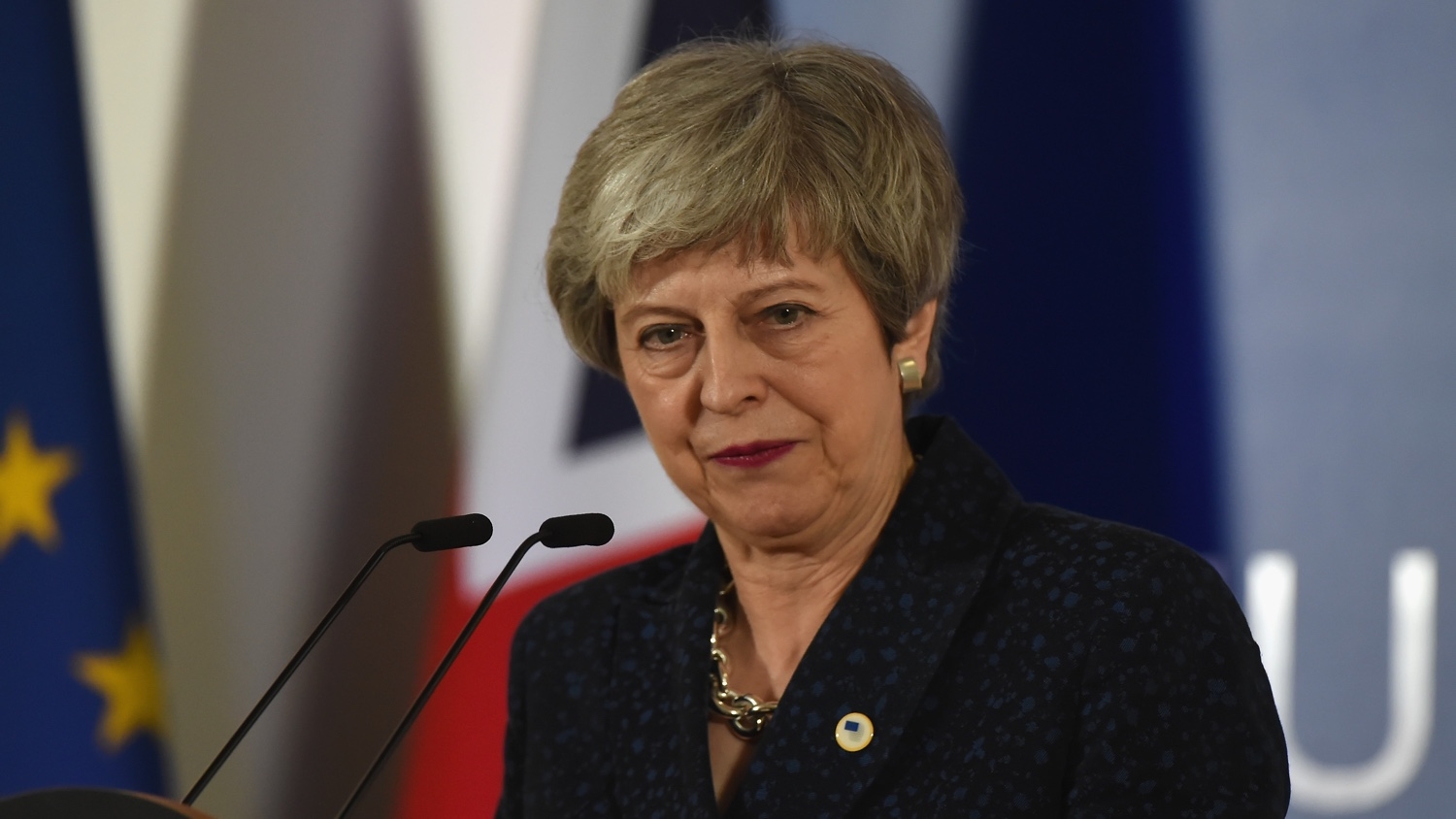 After years of trying to come up with a Brexit deal, UK Prime Minister Theresa May has had enough.

Not yet. She promises she’ll quit being PM if lawmakers agree to pass her Brexit deal. Reminder: May already promised she’d step down before the next general election. Now, she’s willing to quit earlier. She could put up her OOO email later this year and let someone else (yes we all see you, Boris Johnson) take over the PM gig.

Pouring one (teacup) out for May. Remind me how we got here?

We go into the whole backstory here. Basically, in 2016, UK voters decided they were done with the EU. And kicked it to May to hammer out the fine print. One key hiccup: Northern Ireland.

If you’ve seen “Derry Girls,” you know there’s a history of violence there. So people are trying to dodge a hard border between Northern Ireland (part of the UK) and Ireland (part of the EU). But that means that the UK’s trade rules may need to be tied to the EU to avoid having to set up customs checks. May’s deal acknowledges that reality by doing just that until they can come up with another fix. It’s sort of a half-Brexit, half-not. Spoiler: many lawmakers don’t like it. They rejected her plan. Twice.

So what are they offering up instead?

That’s the problem. It’s easy for lawmakers to hate on May’s plan but they can’t agree on an alternative. Yesterday, they voted on eight Brexit ideas…all of which failed. The closest one that came to winning a majority was an option to negotiate a permanent customs deal with the EU. Not too far off from what May proposed tbh. But it failed…by eight votes.

Everyone goes back to the drawing board. May’s still out here trying to sell people on her deal like it’s a Mary Kay product. It could go back to a vote later this week. If it passes, Brexit kicks in in a few weeks. If not, the UK could crash out of the EU on April 12. That no-deal Brexit could mean chaos on everything from travel to trade – and potential medicine shortages. Or lawmakers could vote on other options. Brexit: the mess where anything’s possible.

May was anti-Brexit at the time of the 2016 referendum, but she took over the PM job from David Cameron with one goal: deliver on UK voters’ wish to get out of the EU. Turns out, it’s much easier said than done. And this offer to resign is a final Hail Mary on her part to try to reach the Brexit finish line with a deal in place.

Mali. The UN and the International Criminal Court say they’re sending teams to the West African country to investigate this weekend’s massacre. Gunmen targeted Fulani villagers, killing more than 150 people and reportedly burning women and children in their homes. The mostly-Muslim Fulani community there is frequently targeted because some accuse them of being tied to local jihadist organizations. The UN says it’s sending about a dozen specialists to central Mali to look into what happened. And the ICC says it wants to determine if the attack could fall under its jurisdiction.

Boeing is trying to make its flights safer. Yesterday, it said it’s almost ready to send the FAA updates to its software that may have contributed to two recent deadly 737 Max 8 plane crashes. It will also send new training plans for all 737 pilots, so that they’re more aware of how the system works. But it could still take a while until the planes are flying again, since the FAA and regulators around the world have to approve the new software and training, and then roll both of those out. Speaking of the FAA, the agency’s acting administrator was on Capitol Hill yesterday answering lawmakers’ questions on flight safety. He defended the fact that the agency lets plane makers help certify their own aircrafts. How it works: the plane makers’ employees reportedly help with things like inspections, with the FAA overseeing them. He says that strategy produces “safe aircrafts designed for decades.” But also mentioned that the agency will make changes to the oversight in the next few months. Chances are you’ll be hearing about this again – Congress is expected to hold multiple hearings to find out more about the two deadly crashes in an attempt to prevent them from happening again.

Don’t need that in my life. Yesterday, Facebook says it’s banning content that promotes white nationalism and white separatism on its site and Instagram. If you’re wondering why this hasn’t been done already, you’re not alone. Facebook has banned white supremacist content before, but has said white nationalism and separatism were a little different. Now the co is saying ‘our bad,’ and that all of this content is tied to hate groups. The change is expected to take effect next week. Speaking of companies that need to get it together, Salesforce. 50 women are suingthe software company for allegedly helping a website facilitate sex trafficking. The women identified themselves as survivors of sex trafficking and abuse through Backpage – and claim Salesforce built custom tools for the site to help it market to new users (like pimps and sex traffickers). Salesforce said it takes the accusations seriously. And it should: Salesforce is one of Silicon Valley’s most popular software companies that’s championed human rights – so this lawsuit could do some damage to its reputation. Meanwhile, the FTC is taking a stand on illegal robocalls. Praise be.

What to say when you need a lift…

Speaking of the girls, the FDA is reminding everyone that mammograms are less reliable for women with dense breasts (think: less fatty tissue) since the cancer can be harder to detect. Problem, because those women tend to be more at risk for the cancer, which is the second most common cancer among women in the US. Now, the FDA is proposing new guidelines that would require doctors to let you know about potential inaccuracy of your mammogram results if you’re one of these women. And would encourage you not to just rely on those results, but to discuss other options with your doctor, including more imaging tests.

K but I still can’t let go of football. Earlier this week, NFL owners voted on a new rule to let coaches challenge pass interference calls. This comes after the New Orleans Saints’ loss in the NFC Championship Game earlier this year, which pretty much everyone blamed on a missed pass interference call. For now, the rule’s only expected to be in play for next season.

It isn’t sure how to use a cutting board either.