Daily Skimm: The IRGC, Libya, and the Knowleses 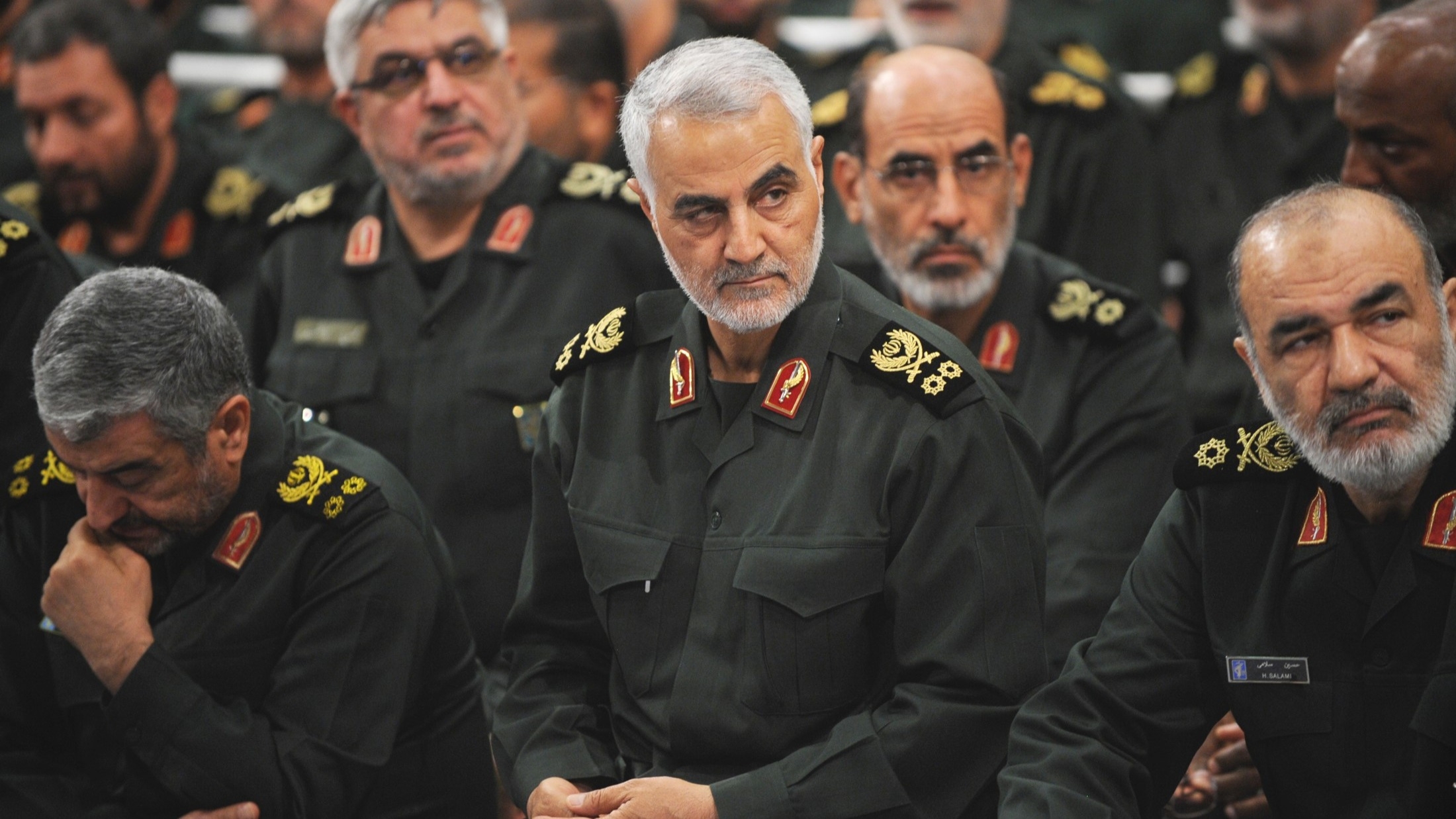 The US is getting ready to designate Iran's Islamic Revolutionary Guard Corps (IRGC) as a foreign terrorist organization.

After the 1979 Islamic Revolution, the IRGC was set up as a military force to protect the Shiite clerical regime. Now, it's become Iran's most powerful security organization – controlling a large part of the country's economy and influencing its political system. Since taking office, President Trump has targeted Iran by doing things like withdrawing the US from the 2015 Iran nuclear deal and reinstating sanctions against the country. Now, the Trump admin is planning to make an even louder statement.

The US is expected to designate the IRGC as a foreign terrorist organization as early as today. Although the US has targeted portions of the IRGC before, it will be the first time the US has officially labeled an entity of another country's government as a terrorist group.

It is. The implication: that the broader IRGC (not just its Quds Force, designated in 2007) supports militant and terror groups abroad – in places like Syria, Iraq, Yemen, and Lebanon. The move would let the US go after businesses connected to the IRGC. And as you can probably guess, Iran isn't happy about it. It's threatening retaliation against the US, which people are worried could impact troops in places like Iraq.

Some fear that this decision could make other governments abroad take a cue and label parts of the US armed forces as a terrorist org. It could also up the ante with Iran's regional rival: Israel. But Israel – specifically Israeli PM Benjamin Netanyahu – has been pushing the US to take a harsher stance against Iran. And this could be seen as a win for Netanyahu before Israel's elections tomorrow.

Some US troops have been pulled from Libya.

During the 2011 Arab Spring, dictator Moammar Gadhafi was overthrown and killed by a rebellion backed by NATO. A small group of US forces in Libya have been providing support for counterterrorism efforts in the region (think: ISIS). But the country is still in chaos.

Meet military commander Khalifa Hifter. He's in charge of the so-called Libyan National Army, and controls a large part of eastern Libya. But he has his mind set on claiming the country's capital – Tripoli – in western Libya. Last week, forces under Hifter launched a surprise offensive against the capital.

The UN-backed government of PM Fayez al-Sarraj reportedly calls this an attempt to stage a military coup. Over the weekend, both sides launched airstrikes. At least 21 people were reportedly killed and dozens injured. The US announced it's temporarily withdrawing troops from the country because of "security conditions on the ground," but didn't make it clear if or when they'll return. And the UN is asking for a temporary ceasefire to allow civilians and the wounded to be evacuated.

These kinds of uprisings for control over the capital may be part of the reason why al-Sarraj hasn't gotten full control of the country yet. But Hifter's attack threatens to send Libya into a full-blown civil war and could bring the most significant violence since 2011.

What to say when you need a breather...

I'm out. Yesterday, homeland security secretary Kirstjen Nielsen resigned. She took over the job in December 2017, and has overseen President Trump's hard-line immigration policies, including the "zero tolerance" policy that led to thousands of migrant families being separated at the US-Mexico border. Her resignation comes as there's been a surge of migrants at the border in recent months – one of many things Trump has been frustrated with. In her resignation letter, Nielsen said she hopes her successor will have support from lawmakers and the courts to fix laws that "have impeded our ability to fully secure America's borders." Nielsen's exit is reportedly part of Trump's senior adviser Stephen Miller's plan to overhaul the Department of Homeland Security. Meanwhile, the White House chief of staff is also making headlines. Yesterday, Mick Mulvaney said Democrats will "never" see Trump's tax returns. This comes after House Dems asked the IRS to hand over six years of his returns. Trump has long said he won't show us the money because he's been under audit. (Fun fact: that doesn't mean people can't release their returns.) Oh, and friendly reminder that you have to file your taxes by next week. Get to it.

Sudan. Months-long protests there seem to be escalating. Protesters started pushing back in December against food shortages and price hikes, but quickly turned into general anti-government protests. And they've called for President Omar al-Bashir – the authoritarian leader who's ruled for 30 years – to step down. Over the weekend, thousands of protesters turned out in what was one of the biggest demonstrations so far, which included a sit-in in front of the president's residence. Security forces responded with tear gas and live rounds. The protests marked the anniversary of a 1985 coup that took down another authoritarian leader who ruled the country for 16 years. And eyes are on whether Sudan's president will fall to the pressure like Algeria's did last week. Speaking of countries feeling vocal, there's Cuba. Over the weekend, hundreds of animal advocates reportedly marched through the capital peacefully with permission from the government. The cause: end animal cruelty. Some are calling it unprecedented, saying the march may be the first time a non-gov aligned group has peacefully protested there since the start of the 1950s revolution.

The latest measles outbreak. Measles: a very contagious disease that can be prevented with a vaccine. There have been more measles cases in the first three months of 2019 (at least 387) than in all of 2018 (at least 372). One New York county is experiencing a major outbreak, particularly within a community where a number of children aren't vaccinated for religious reasons. Last month, officials there declared a state of emergency and temporarily banned unvaccinated children from public spaces. But on Friday, a judge lifted that ban, saying the outbreak there doesn't meet the legal requirements for an emergency declaration. Noted.

Skimm More: We Skimm'd more on measles and how the latest outbreak started.

I'll be here, waiting for my trophy. Last night, no. 1 Baylor beat no. 1 Notre Dame in the women's NCAA basketball tournament. Baylor lost a 17-point lead, but still managed to clinch the win 82-81 – thanks to Notre Dame guard Arike Ogunbowale missing the first of two free throws...with 1.9 seconds left in the game. It's the Lady Bears' third national title. Tonight, the men take the court. It's no. 1 Virginia v no 3. Texas Tech. So many balls, so little time.

What to say when you hear Beyoncé is headed to Netflix...

Let that comfort you.