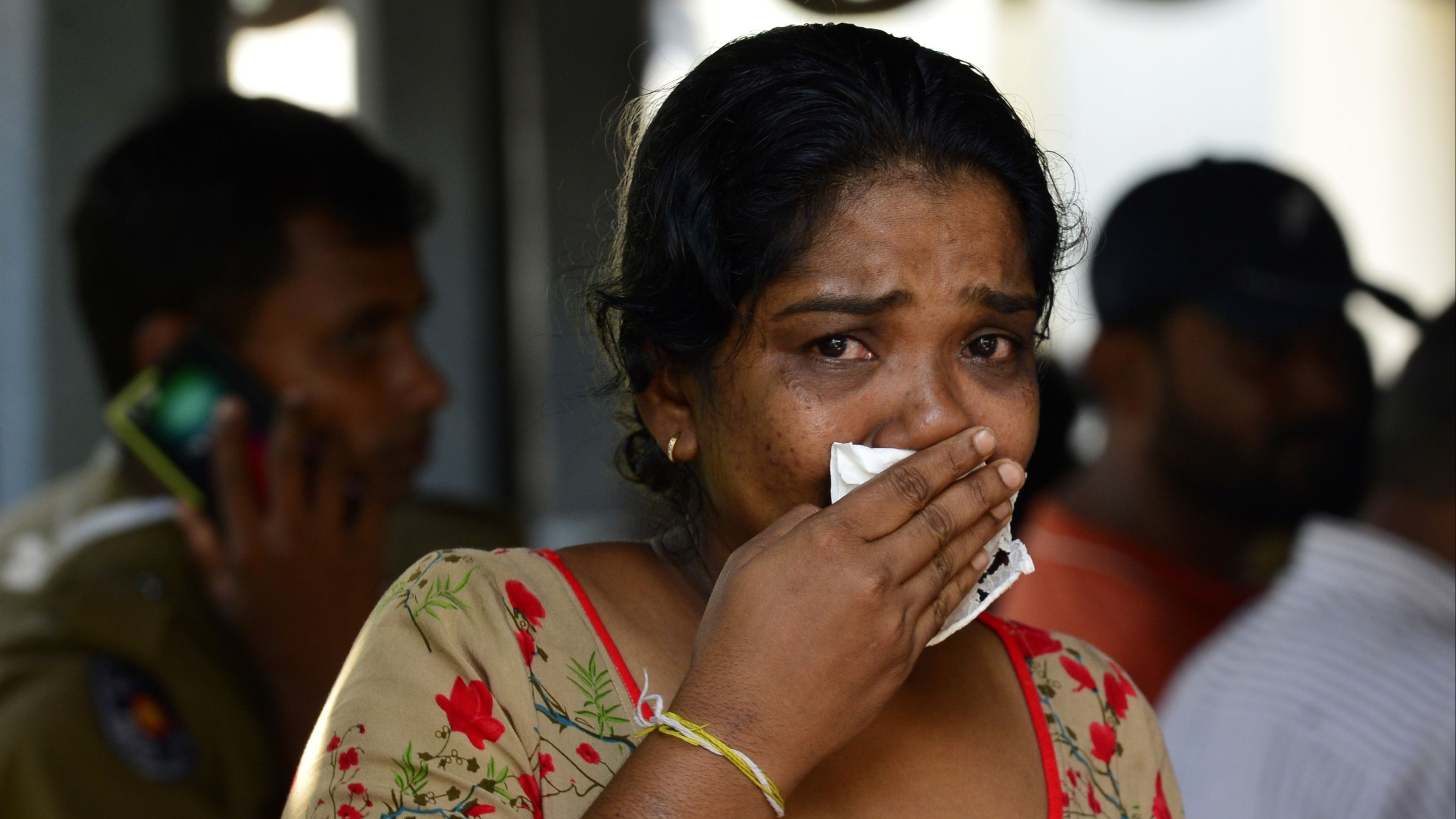 Sri Lanka was targeted by coordinated attacks on Easter Sunday.

Yesterday, a series of bombings went off at three churches and three hotels in the country, killing at least 290 people and injuring more than 500 others. Three officers were also killed in a separate explosion while looking for the suspects. Most of the attacks were believed to be carried out by suicide bombers.

It's still not clear. The defense minister says the attack was carried out by religious extremists. The health minister named a local Islamist militant group – the same one government security officials had been warnedabout in advance of the attacks. It's unknown what steps (if any) were taken in response to the warning. 24 people have been arrested.

Not at all. The blasts happened during busy Easter morning services at Catholic and Protestant churches, and several high-end hotels. Christians are a minority in Sri Lanka (most of the population is Buddhist), and have been discriminated against in the past there. Now these attacks appear to have targeted them. Because of it, all evening Easter services in the country were canceled. The gov temporarily blocked social media services to stop the spread of fake news. And tonight, it's preparing to declare a nationwide state of emergency.

Pope Francis offered his condolences to the "victims of such cruel violence." And many world leaders offered to help, as the victims included citizens from places like China, Portugal, Denmark, Japan, Turkey, India, the UK and the US.

These deadly attacks happened on one of the busiest and most important days for Christians worldwide. And marks unprecedented violence in a country that's nearing the tenth anniversary of the end of its decades-long civil war.

Who's chilling champagne to celebrate a job promotion…

Volodymyr Zelensky. Yesterday, the actor and comedian won Ukraine's presidential election by a landslide. In the first round of votes last month, Zelensky took the lead against incumbent Petro Poroshenko – but it went to a runoff since neither won a majority then.

Thing to Know: "Servant of the People." The TV show Zelensky starred in. It's about a high school teacher who wins the presidential election after a video of his rant about government corruption goes viral. Art, meet life.

France. Over the weekend, yellow vest protests turned violent there. This was the 23rd straight weekend of protests. They started in November to push back against a fuel tax hike, but turned into general anti-government protests, accusing French President Emmanuel Macron and his gov of favoring the wealthy. This weekend's protests were the first since the Notre Dame Cathedral fire last week. Thousands of people showed up angry that the gov managed to raise more than $1 billion in a matter of days to rebuild the cathedral, while there's growing wealth inequality in the country. Police detained nearly 200 people and fired tear gas and water cannons to break up crowds.

Who's in need of a lawyer…

Larry Hopkins. Aka the militia leader who the FBI arrested over the weekend. Yep, militias are still going strong. Hopkins is in charge of the United Constitutional Patriots, which operates in New Mexico near the US-Mexico border. It's apparently helped US Border Patrol detain thousands of migrants in the last couple months – but NM's attorney general says that trained law enforcement officials should handle that, not "armed vigilantes." The FBI says it arrested Hopkins on a federal complaint and charged him with being a felon in possession of firearms and ammunition. But a spokesperson for UCP reportedly says the arrest was politically motivated.

When you want a little pep in your step...

What two words you never thought you'd see together...