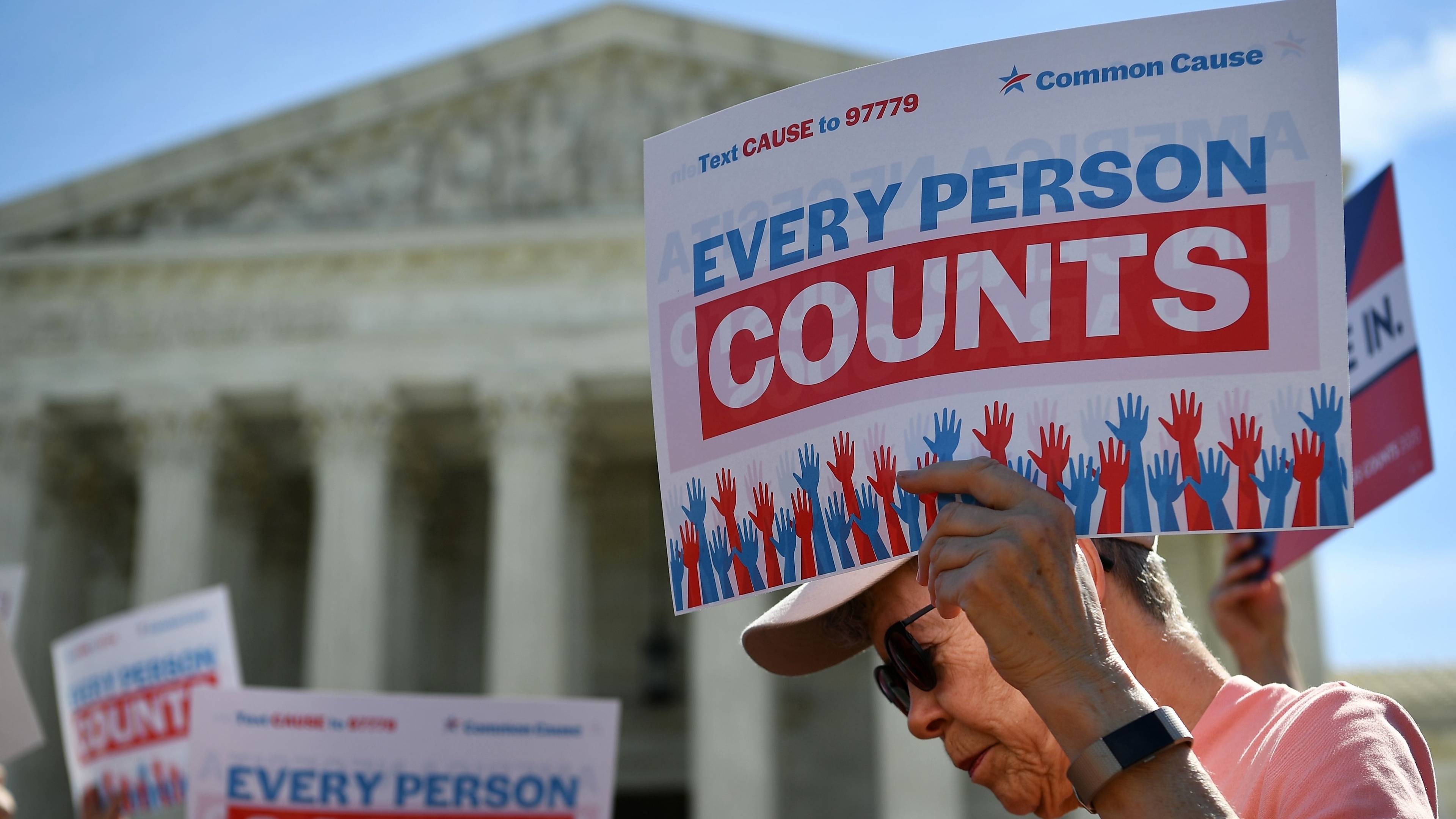 The Supreme Court looks ready to let the Trump administration ask if you're a US citizen.

It is. Every 10 years, the US government does a headcount – aka the census. The next one happens in 2020. The number is used to help determine how many House seats each state gets. And how federal funding should be divided for things like schools, roads, and other public services.

Since when did the census get everyone riled up?

Since the Trump admin wanted to add a citizenship question. The last time everyone had to answer that was in 1950. Since then, only a sample of people in the US have been answering the question.

Why is the citizenship question a big deal?

Because many – including Census Bureau experts – believe it will scare off undocumented immigrants and citizens in immigrant communities from filling out the census. Which could result in about 6.5 million people not getting counted.

Because the Trump admin says the question is key to knowing more about who is eligible to vote in the US so it can better ensure that minorities' voting rights are protected. The states, cities, and immigrant advocates suing his admin say they don't buy it. Now it's in the hands of the Supreme Court.

K. Talk legal to me.

On the one hand, administrations have had leeway in deciding these things. But on the other hand, the census is required by the Constitution. So if adding this question hurts the gov's ability to fulfill its constitutional duty, the Supremes could rule against the question. That's how three different federal judges have ruled in the past.

So what's the verdict?

We'll know by the end of June. But based on their questions, the court's conservative majority looks ready to side with the admin.

As boring as the census sounds, it has a big impact in how well-funded your state is, and how the most important issues in your state are repped in Congress. The 2020 census will affect state congressional districts for the 2022 midterm elections and the electoral college for 2024. Data FTW.

Why you're hearing about impeachment…

Democratic presidential candidates won't stop talking about it. The question of whether President Trump should be impeached or not has been making the rounds for a while. But it's gotten extra traction since the release last week of special counsel Robert Mueller's redacted report into Russian election meddling. In case you missed it: Mueller didn't find evidence of collusion between Trump and Russia, but also said it "does not exonerate him" from obstruction of justice.

What's going on in the health world…

Opioid charges. For the first time, a major pharma drug distributor was hit with federal criminal charges. The opioid epidemic is the deadliest drug crisis in US history. Rochester Drug Cooperative – the country's sixth-largest pharma drug distributor – is apparently being treated like street dealers and cartel chiefs. Yesterday, federal prosecutors charged RDC, its former CEO and another top exec. One exec has already pleaded guilty.

Malaria. Yesterday, Malawi became the first country to start vaccinating children against malaria – the mosquito-spread disease that kills hundreds of thousands of people every year. The World Health Organization is piloting the release of the first vaccine to partially protect against the disease – though studies show it only protects around one-third of the kids immunized. It's expected to be released in Ghana and Kenya in the next few weeks.

Smoking. Starting September, Walgreens is increasing the age to buy tobacco to 21. Several states have already done so. And just last week, Senate Majority Leader Mitch McConnell (R-KY) said he plans to introduce federal legislation to do the same. Big deal, because smoking kill hundreds of thousands of people every year in the US alone.

What story has more legs than the Mueller report...

Jussie Smollett. Quick refresher: Earlier this year, the "Empire" actor claimed two men attacked him in Chicago. But police later arrested Smollett, alleging he paid two brothers to attack him and then filed a false police report. But (yes, there's another but) then prosecutors said they're not taking the case any further, and dropped all charges. However, they didn't exonerate him. Now, the brothers are suing Smollett's legal team for defamation – saying the actor orchestrated the attack and that his lawyers have been repeatedly lying about what actually happened. Smollett's legal team described the suit as "comical."

Your garage. Now, Amazon Prime members in the US can have their packages delivered directly to their garages. Yes, you need to have an actual garage to take advantage of this (questionable) perk. Feel free to debate.

…Oh and you'll soon be able to return things from Amazon to Kohl's. You're welcome.

Is it good for the environment?

Skimm More: Here's how you can save your food scraps to save the planet.