Daily Skimm: Women's Health, Drivers on Strike, and the Magic of Mushrooms 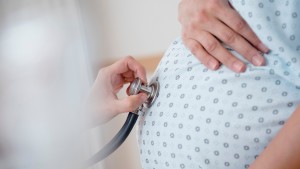 Georgia just passed one of the country's most restrictive abortion laws.

It bans abortions after a fetal heartbeat is detected, usually around six weeks into a woman's pregnancy. Worth noting: many women don't realize they're pregnant by that point. There would be some exceptions, like in cases of rape or incest, or if a mother's life is at risk. The law is expected to go into effect in January.

Good instinct. Supporters see it as an important step to protecting life – and argue that there are other steps women can take if they don't want a baby (like giving the baby up for adoption). Critics say that this threatens women's right to choose to have an abortion – and that this would prevent them from getting access to legal, safe procedures.

You probably have. Georgia is one of at least 15 states that have intro'd similar legislation this year – and one of four to pass it. But none of the others have gone into effect, often because of legal challenges. The ACLU has already said it plans to challenge this Georgia ban as well.

Anti-abortion lawmakers are expecting these restrictive laws to get challenged in court, with the hope that they will eventually make their way up to the now solidly conservative Supreme Court. A court that could use a case like this as an opportunity to revisit Roe v Wade. Just another reminder of the power of state and local politics.

Who's trying to send a message…

Iran. Today, its president announced the country will stop complying with some parts of the 2015 Iran nuclear deal. Back in 2015, Iran and the US – along with Britain, France, Germany the EU, Russia, and China – signed a deal that dropped a lot of sanctions in exchange for Iran dropping its nuclear weapon ambitions. But when the US withdrew from the deal, it restored sanctions – which hurt Iran's economy. Now, Iran's president says the country will stop exporting excess enriched uranium and heavy water (which is used in nuclear reactors). He's also threatening to do more in 60 days if the remaining signatories don't protect Iran's oil and banking sectors from sanctions.

Who isn't five minutes away…

Your Uber or Lyft driver. Today, drivers across the US are going on strike to protest their pay and status as independent contractors – which lets companies avoid giving them some benefits. Uber says it's committed to improving its experience "for and with drivers." Lyft claims hourly earnings for drivers have gone up in recent years.

Colorado. Yesterday, shooters targeted a school less than eight miles from Columbine, weeks after the 20th anniversary of the attacks there. An 18-year-old was killed. Seven others were injured. The two suspected shooters – both believed to be students – are now in custody.

Footage of Sandra Bland. In 2015, the 28-year-old black woman was pulled over in Texas for not signaling a lane change. She was arrested for allegedly assaulting an officer and sent to jail, where authorities said she died by suicide three days later. Earlier this week, a local TV station aired her cellphone footage of the incident. It showed the state trooper who pulled her over pointing a stun gun at her after she refused to leave her car. He yelled, "I will light you up."

Where the US needs to step it up...

Maternal health care. Yesterday, the CDC released a report that the number of women dying from pregnancy-related complications is on the rise. It also found that the majority of these deaths are preventable. And that black and Native American women are three times more likely than white women to die from pregnancy-related causes. The CDC says that healthcare providers should help women understand warning signs and deal with chronic health issues before and after birth.

When you're funny and everyone knows it...

Who's trying to make the magic (mushrooms) happen…

Skimm This. Aka our daily podcast has the highs and lows on a new Denver ballot question. Plus all the news you need to know, every day at 5pm ET.