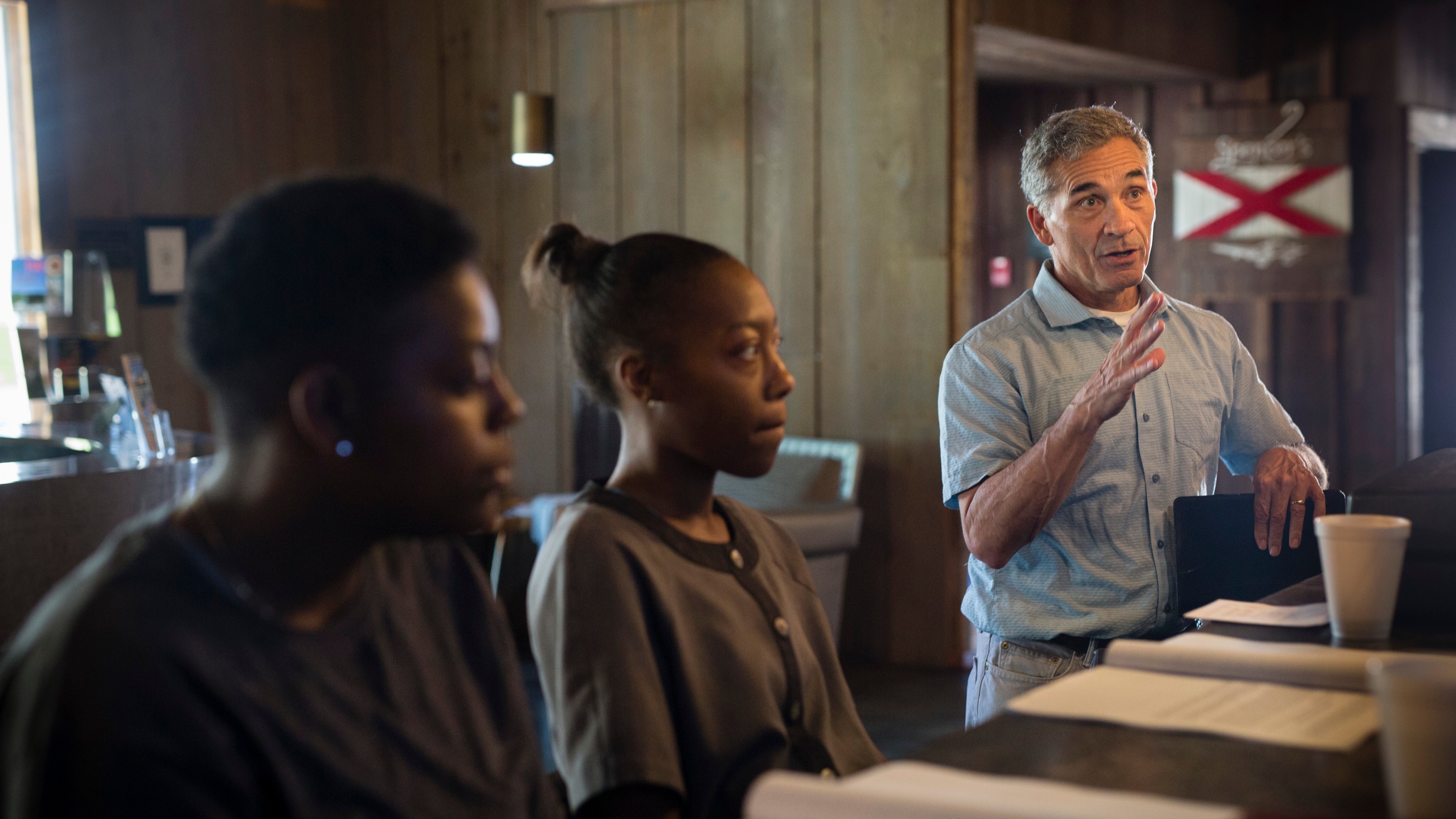 The Motherland? Getting all up in the Sunshine State?

Sure. We knew from last month's Mueller report that Russian hackers managed to breach the systems of at least one FL county. Now, Gov. Ron DeSantis (R) is saying 'make that two.'

Things like spearfishing. That's when you get an email that seems normal, but has hidden malware that can infect your computer. This was part of Russia's efforts to meddle with the US's elections to help get President Trump elected. And mess with voters generally. In this case, hackers got access to voter registration data that DeSantis says was already public. He also says they didn't manipulate the data or mess with vote counts. Florida reps are getting more details from the FBI this week.

This is raising a lot of questions about election security in 2020, including from US leaders. Sec of State Mike Pompeo was in Russia yesterday. He said that the US would "not tolerate" any Russian interference in the 2020 elections.

Russia attacked the 2016 US election. US intelligence agencies told us that years ago. But the details are still coming out. Now we're learning that Russia didn't just try to break into US election systems...it succeeded.

Alabama passed the strictest abortion bill in the country.

Yesterday, the state Senate voted to pass a bill that would make nearly all abortions a felony. Doctors who perform them could face up to 99 years in prison. The only exception would be when a woman's health is in serious danger. Lawmakers decided against adding exceptions for victims of rape or incest.

Right. But Alabama lawmakers don't really expect this to fly. They want this case to make its way to the Supreme Court, where a conservative majority could overturn Roe v Wade. ACLU has already said it will sue.

It's up to Gov. Kay Ivey (R) to decide whether to sign it into law. She hasn't said whether she will or not. But even if she doesn't, lawmakers seem to have enough votes for a veto. It would then go into effect in six months, unless judges hit pause while this works its way through the courts.

Last year, Alabamans voted to enshrine anti-abortion language in their state constitution. Now they're joining other states in the hopes of challenging a woman's constitutional right to an abortion.

When you're still thinking about the Mueller report...

Attorney General William Barr is too. He's appointed Connecticut's top federal prosecutor to look into the origins of the Russia investigation. Last month, Mueller wrapped the investigation in a nice-but-had-to-be-redacted bow. Barr has said he wants to look at why the FBI ordered the surveillance in the first place…and whether it was legal.

...Oh and speaking of elections, Gov. Steve Bullock (D-MT) is jumping into the presidential race. Join the list.

Where faces are being face-d out…

San Francisco. Yesterday, it became the first major city to ban the use of facial recognition technology by police and other local agencies. The tech is already being used by some law enforcement agencies across the country. Supporters say it helps police find suspects in everything from petty to violent crime. But some are worried that it gives police too much surveillance power and could lead to bias since the tech can be less accurate for minorities. Oakland, CA and Somerville, MA are also considering bans.

Skimm This: Listen to our podcast ep for more on why this is a big deal.

Who's trying to stay competitive…

Walmart. Yesterday, the world's largest retailer started rolling out free next-day delivery in Phoenix, AZ and Las Vegas. The company plans to roll this out to 75% of the US population by the end of the year. This announcement comes just weeks after Amazon said it's planning to give Prime members one-day shipping instead of two.

Disney. Yesterday, it reached an agreement with Comcast to take full control of Hulu. Both Disney and Comcast are still currently preparing to launch their own streaming services. Trying to give Netflix a run for its money.

Who's having an extra beignet...

The New Orleans Pelicans. Last night, the team pulled off some slim odds (read: 6%) to win the NBA draft lottery. Meaning it'll get the first overall pick in next month's draft. Paging Zion Williamson. TBD if this helps solve the Anthony Davis crisis.

When your friends are getting married…

Skimm This. Our daily podcast is feeling the love and saying 'congrats' to a childhood favorite: Mr. Ratburn and his husband. May they live happily ever after.