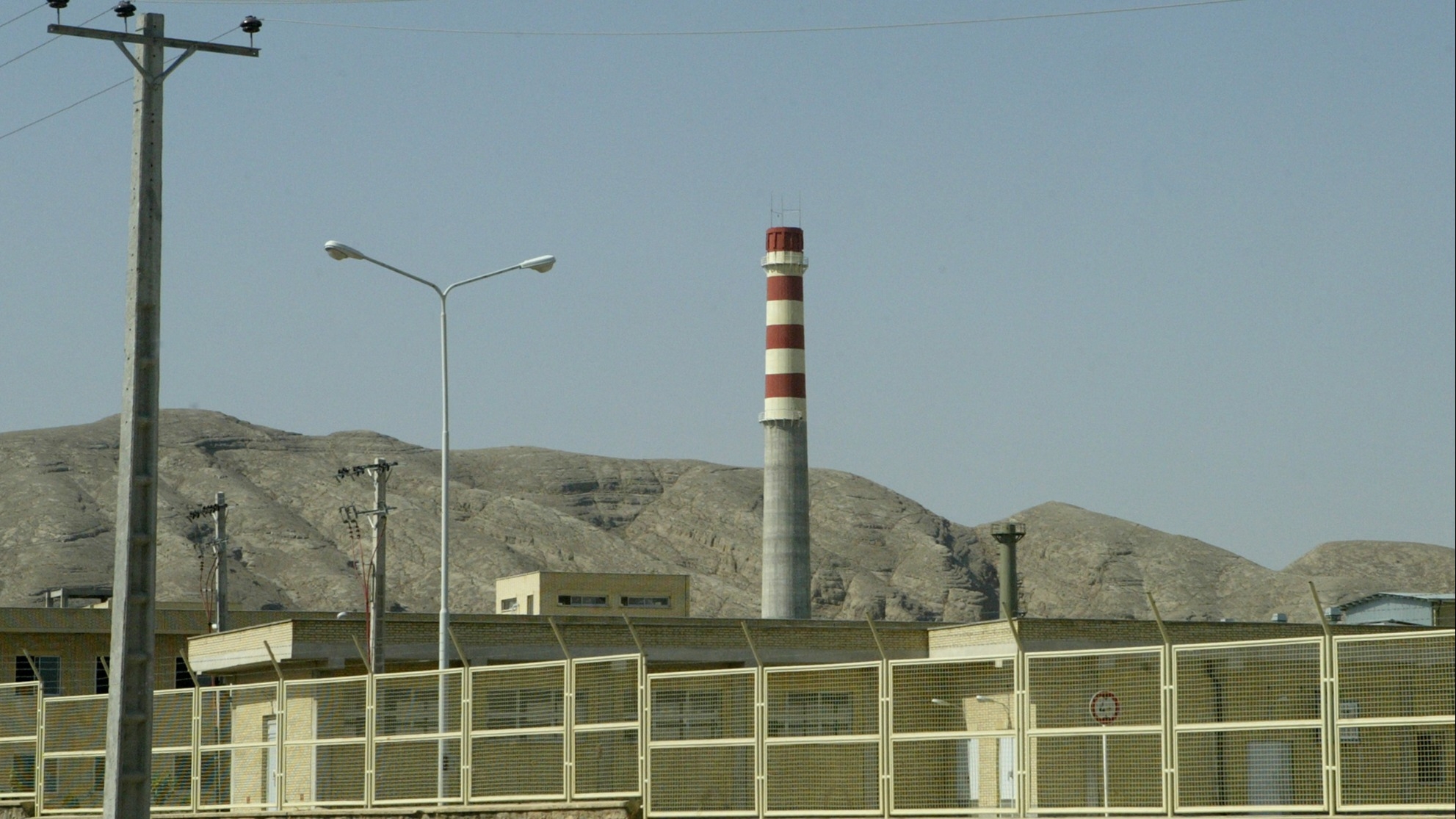 BETWEEN IRAN AND A HARD PLACE

Things between the US and Iran are getting more tense.

You probably have. This has to do with the Iran nuclear deal. We know it's early, so here's a refresher: back in 2015, the five permanent members of the UN Security Council (the US, UK, China, France, and Russia) plus Germany and the EU signed off on a deal with Iran. It lifted heavy sanctions in exchange for Iran curbing its nuclear program. But last year, President Trump pulled the US out of the deal, saying it didn't do enough to stop Iran from building up a nuclear weapon.

But that was a while ago.

You're not wrong. The US has since upped economic pressure on Iran (think: reimposing sanctions). And tensions have been high for all sorts of reasons. Earlier this month, Iran said it would stop complying with parts of the deal. And gave the other governments 60 days to either come up with new terms to help protect its economy, or else it'll resume enriching uranium at a higher level.

You lost me at enriching uranium.

So you're saying Iran wants to build a nuclear weapon?

That's not totally clear. The country has quadrupled its production of low-enriched uranium. That wouldn't be enough to build a weapon, but it could put it on the path towards one. And on the path to violating the nuclear deal it's still part of.

Neither does Trump. As if that's not enough drama to unpack, there's this: over the weekend, a rocket hit near the US Embassy in Iraq. No one was hurt, but some think local Iranian-backed militias may be to blame. Trump tweeted that if Iran wants to fight, it will be "the official end" of the country. Iran's foreign minister said it's not here for the threats. But that's not all.

Today, Iranian-backed rebels in Yemen said they'd attacked a Saudi airport with a drone carrying bombs. It's unclear what the damage was or if anyone was hurt.

More than a year later, there are still ripple effects from the US pulling out of the Iran nuclear deal. And tensions keep getting higher. The world is on edge waiting to see if either country takes a dangerous next step that could lead to a potential global conflict.

Skimm More: Read up on the US's complicated history with Iran.

Former White House counsel Don McGahn. Yesterday, the White House directed him to ignore a subpoena to testify at today's House committee hearing on the Russia investigation. McGahn: the one who threatened to resign two years ago when President Trump wanted to fire special counsel Robert Mueller. He ended up throwing in the towel last year. Now, House Dems are looking into whether Trump obstructed justice – and this latest move has them saying 'obstruction' even louder. But the White House says McGahn has immunity from these subpoenas since he worked closely with the president.

A federal judge in DC. Earlier this year, former lawyer-slash-fixer Michael Cohen testified that President Trump fudged the numbers on how valuable his assets are. Cue the House Oversight Committee issuing a subpoena to Trump's accounting firm to get more info. Trump's lawyers have pushed back, arguing this is politically motivated. And that Congress is overstepping. But lawyers for the Dems say their job is to oversee things related to ethics and potential financial conflicts of interest. Yesterday, a federal judge sided with the Dems. Meaning they're about to get eight years of Trump's financial records.

Muhlaysia Booker. Over the weekend, the 23-year-old transgender woman was found dead in Dallas, TX. Last month, several men assaulted her after what police said was a minor traffic accident. Video showed the suspects punching and kicking her while she was on the ground, while some yelled anti-gay slurs. Police investigated it as a possible hate crime – and one man was arrested. Authorities say her death doesn't appear connected to last month's attack. But are looking for suspects.

Carlos Gregorio Hernandez Vasquez. Last week, the 16-year-old Guatemalan boy was apprehended after crossing the border near Hidalgo, Texas. Over the weekend, he was transferred from a processing center to a border patrol station after a nurse practitioner realized he had the flu. He died yesterday in US custody.

Niki Lauda. Yesterday, the Austrian racecar driver died at age 70. He was considered one of the best drivers in the sport – Lauda won three Formula One world championships during his career in the '70s and '80s. Two of those championships he won after surviving a major crash that left him with serious burns and lung damage. His life got the big screen treatment in the movie "Rush," about the rivalry between Lauda and British driver James Hunt. Lauda had gone through several organ transplants over the years. It's unclear how he died.

Texas and Oklahoma. 14 tornadoes reportedly hit yesterday, with possibly more coming today. The National Weather Service has issued its highest threat level over the severe weather. More than 2 million people are in harm's way. And more than 50 million may be at risk of other severe weather (think: wind, large hail, flash flooding) in the region, including in parts of Kansas and Arkansas.

When you need a reminder of why you loved "Sesame Street"…

When you thought the "Game of Thrones" drama was over…

Skimm This. Our daily podcast has the low-down on what accidentally made it into the series finale. No spoilers, we promise.