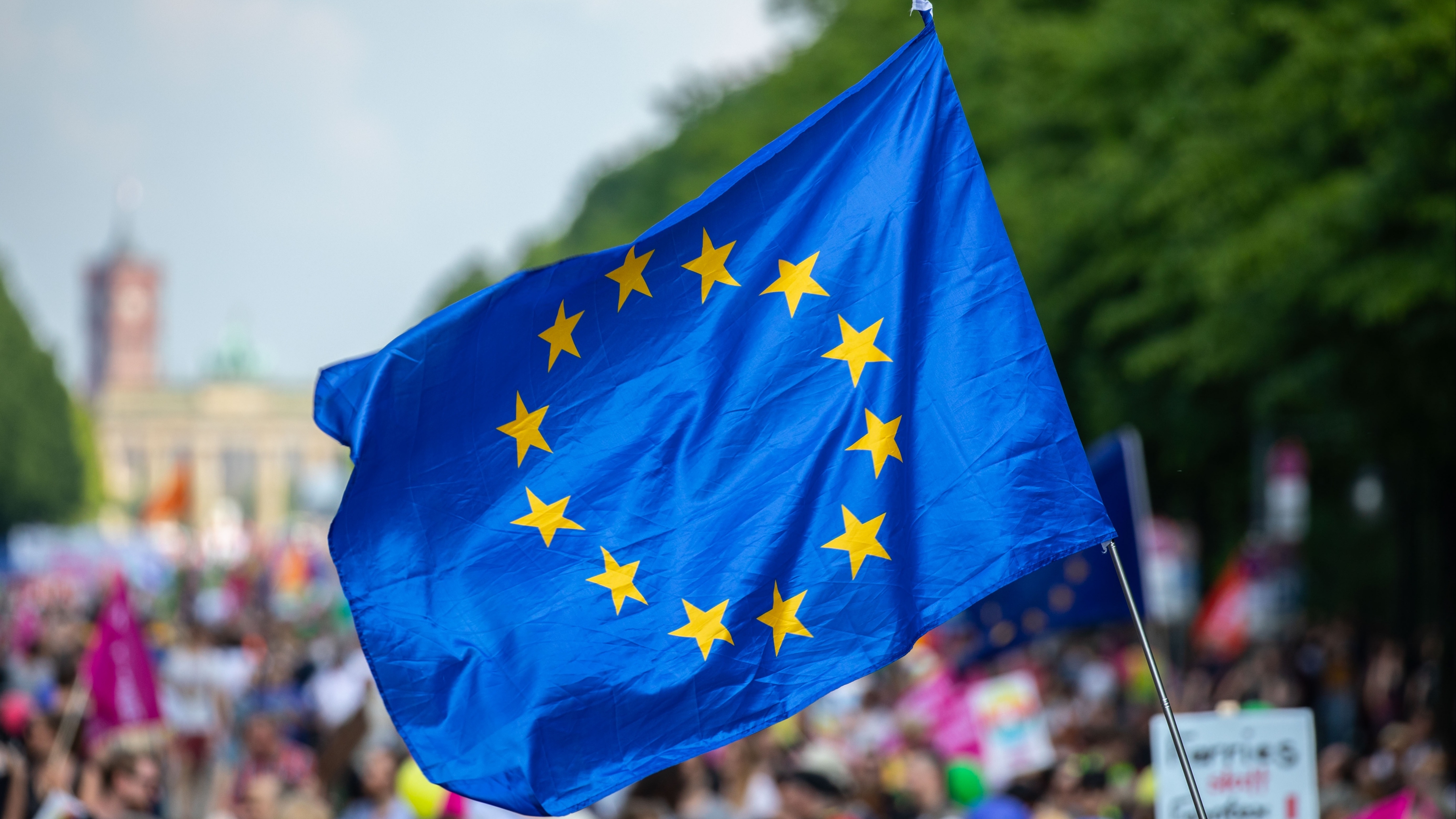 One of the world's largest elections is kicking off today.

I was gonna guess that. How exactly does it work?

There are 751 seats in parliament. Voters in the EU's 28 countries pick who reps them. The number of seats that each country gets depends on its population (kinda like the US's House of Representatives). This is the only directly-elected body in the EU. They do things like approve legislation and handle the bloc's budget.

Sure. These elections take place every five years. And over the span of several days. They don't usually generate a ton of buzz and they usually have a low turnout – about 43% of eligible voters voted in the last election in 2014. But everyone's paying close attention this year.

A couple of reasons. There's the UK and the never-ending saga known as Brexit. The UK wasn't supposed to be part of this year's elections because it was supposed to be out of the bloc by the end of March. But that didn't happen. So now it's playing along and people there are voting for their reps.

Sounds awkward. What else?

There's also the rise of populist, nationalist, and far-right parties in Europe in the last few years. They've been on the rise because of things like the 2015 migrant crisis. These groups aren't the biggest fans of the EU for different reasons (think: disliking the freedom of movement between member states or considering the EU elitist). And are hoping to make some changes like tightening the bloc's borders and reach.

How would that affect this election?

Many think these parties will make some big gains – especially in countries like Italy, Spain, and Germany, where governments have been making a shift to the right. If these parties gain enough seats, they could take down the center-right and center-left coalition that's been leading parliament for years. This could result in a parliament where members slow or block trade deals and budgets, or even make changes to the EU's policy agenda on things like immigration.

The outcome of these elections may end up steering the EU closer to the far right. That, for an organization formed to promote stability and economic cooperation in Europe in the wake of World War II.

Skimm This: Listen to our latest podcast ep to learn more about what the rise of the far right means for this election.

What President Trump doesn't like to hear about during a meeting…

Investigation talk. Yesterday, Trump walked out of a scheduled meeting about infrastructure with top Democrats. What set him off were comments House Speaker Nancy Pelosi (D-CA) had made. Pelosi – after talking to House Dems about their investigations into Trump and his admin – said that the president was "engaged in a cover-up." Trump decided he didn't need this energy and walked out. He then followed up the abrupt end to the meeting by holding a press conference where he said he won't work with Dems until the investigations stop.

Indonesia. Earlier this week, the country's election commission announced sitting President Joko "Jokowi" Widodo won last month's presidential election. His challenger, former general Prabowo Subianto, has reportedly alleged "massive cheating and irregularities." And has refused to concede, saying 'it's not over until I say it's over.' Over the last two days, riots have broken out in the country's capital, and what started out peaceful protests turned violent. Police responded to protesters with tear gas, rubber bullets, and water cannons. Six people have been killed and more than 200 wounded. Subianto is reportedly planning to contest the result in court today.

Tony Robbins. Last week, BuzzFeed News published an investigation on the self-help guru. It detailed accusations of sexual misconduct – including that he exposed himself to an assistant and sexually harassed followers. In response, Robbins wrote an open letter denying the accusations. Yesterday, BuzzFeed published another report with four more women who've come forward with accusations.

When your anniversary is coming up…

Skimm This. Aka our daily podcast explains how you can take your love to Mars...by getting your name on NASA's new rover. Forget the honeymoon, honeymars is next.

Who you won't see in your wallet anytime soon…

Harriet Tubman. Give the people what they want.

When you plan a trip to Australia…

Beware of the shoey.