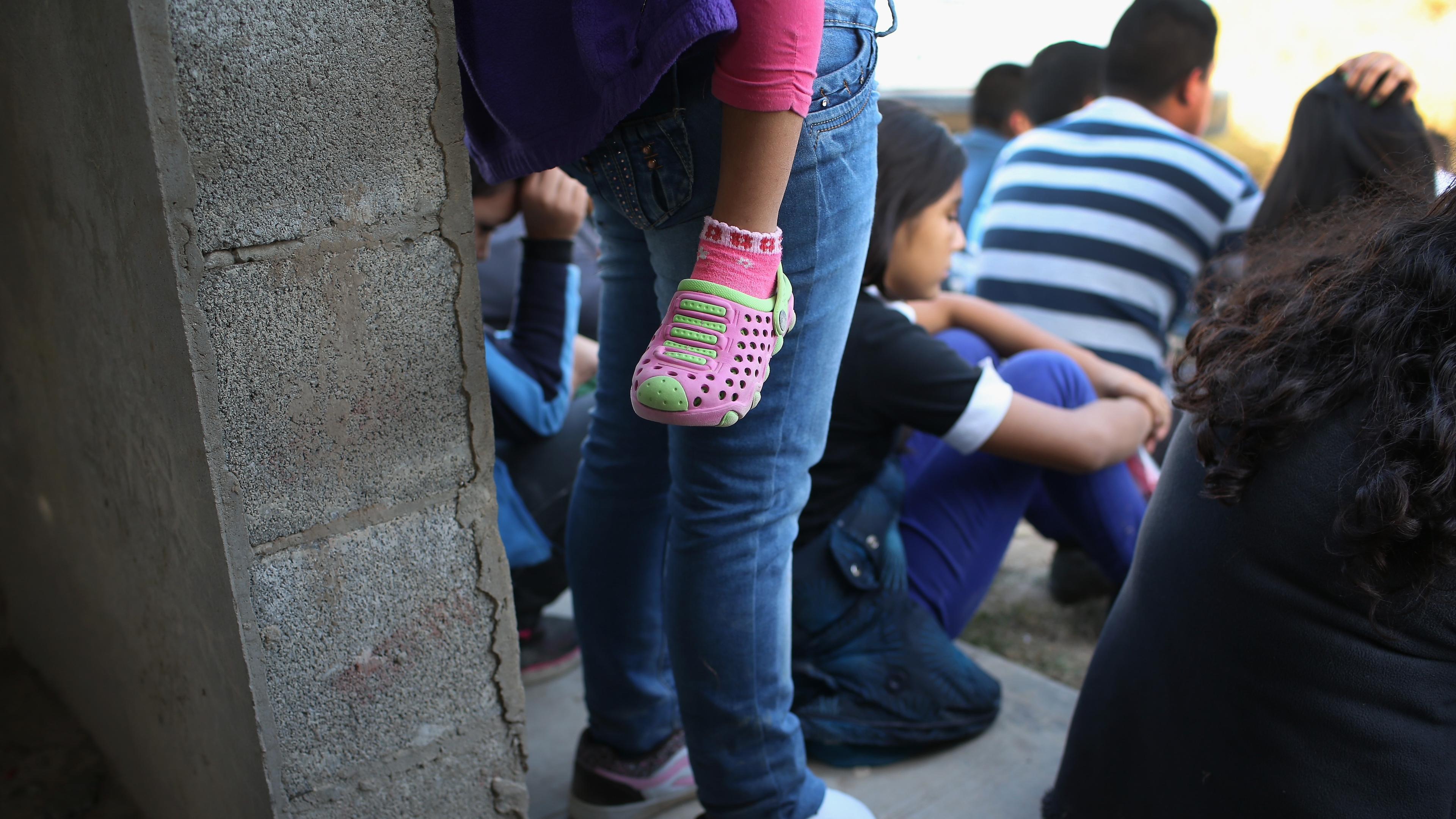 THINGS THE TRUMP ADMIN IS CUTTING

Remind me, why were we doing that?

To look into vaccines and new treatments for HIV, cancer, and Parkinson's among other illnesses. Researchers say that experiments using fetal tissue from abortions are critical to developing new treatments for millions of Americans. But anti-abortion activists have long spoken out against government funding going toward such a politically divisive issue.

The Department of Health and Human Services is immediately ending a 30-year partnership with a California research laboratory that's been using fetal tissue to test HIV treatments. It says that another 200 or so projects using grants from the National Institutes of Health could continue for now, but that there'll be a new ethics advisory board that will consider whether to renew those grants.

On abortion? You and the rest of America. Yesterday, former VP – and leading 2020 Democratic presidential candidate – Joe Biden clarified that he still supports the Hyde Amendment.

Ah, yes the Hyde Amendment. So…

Controversial. The 1976 law bars the federal government from funding most abortions. The Democratic Party, and multiple 2020 Dem candidates, have called for it to be repealed. And last month, people thought Biden said 'same.' Yesterday, his campaign said he misheard a question and that he's still pro-Hyde. Cue other Dem candidates taking this opportunity to tell pro-choice voters  'pick me, choose me, love me.'

Researchers can still use fetal tissue to develop new treatments. But without federal grants, that work could get much harder. This is considered a big win for President Trump among anti-abortion activists. And abortion continues to be a rallying point for pro-choice Democrats who hope to unseat him in 2020.

The Trump admin is ending English classes and other services for migrant children in US detention.

When an unaccompanied minor is detained at the US-Mexico border, they're put in the care of the Department of Health and Human Services, which has custody over them while the gov tries to find them a US sponsor (often a family member). In the meantime, HHS has been providing these children with English classes and legal aid, and lets them do things like play soccer while in the shelters.

Makes sense. Why is this changing?

The admin says it can't afford this anymore. There's been a spike of migrants – including migrant children – entering the US. Last month, more than 144,000 undocumented migrants crossed the US-Mexico border or presented themselves at ports of entry. It was the highest number in 13 years.

Ok. But how does that have to do with English classes?

The HHS says it's running out of money to properly shelter the influx of migrants. And said the classes aren't "directly necessary for the protection of life and safety." It's asking Congress for $2.9 billion in emergency funding. Until then, it says it can't afford to keep paying for these activities. It's also canceling money that gives these children legal aid.

The Trump admin has called the influx of migrants at the US-Mexico border a humanitarian crisis. And is trying everything in its wheelhouse to stem the flow of migrants. Next up: a confrontation with Mexico.

Sudan. This week, the death toll in pro-democracy protests in the country continued to rise. Ever since ex-President Omar al-Bashir was kicked out by a coup in April, the military has taken charge. But protesters want the military out and a civilian government in. Talks between the two sides recently fell apart, and earlier this week military forces cracked down on protesters. Now, we're learning that at least 40 bodies were pulled from the Nile River – bringing the death toll to at least 100. The military is calling for talks to resume. But protest leaders said serious talks can't take place while troops keep killing protesters.

Who's dealing with a crisis…

Los Angeles. A report released earlier this week says the homeless rate in the city went up. By a lot. Officials in LA county spent $619 million on the crisis last year and said progress had been made – with more than 21,000 people being placed in homes. But this report found that there are more than 36,000 people experiencing homelessness in the city of LA – a 16% increase over the last year. The Los Angeles Homeless Services Authority said that wages have not kept up with the increase in rental costs, which means one-third of households now spend more than 50% of their income on rent. This is an issue other cities in California are also facing, like San Francisco

.…Oh and speaking of news out of California, Beverly Hills just became the first US city to ban nearly all tobacco products.

Pfizer. A report says a rheumatoid arthritis drug showed potential to greatly reduce the risk of Alzheimer's. The kicker: the company apparently didn't want to pay the estimated $80 million for a clinical trial to prove that was true. Pfizer says 'we didn't want to waste anyone's time.' And that it thought the chances of a successful trial were low. Critics say if the company had made the data public, other scientists could have looked into it.

The Department of Veterans Affairs. Today, it will start letting some of the 9 million veterans enrolled in its health care system get treatment outside of traditional VA hospitals. With this change, the amount of time veterans could be required to wait before getting care is expected to go down from 30 to 20 days – with the goal of reducing that to 14 days by 2020. This is reportedly the biggest shift in the US health care system since the Affordable Care Act.

Who's becoming a real-life superhero…

Robert Downey Jr. Earlier this week, the actor announced the launch of an organization called the Footprint Coalition, set to launch in April 2020, that would use advanced technology to fight climate change by reducing human's carbon footprint. He says that with robots and nanotechnology "we could clean up the planet significantly, if not totally, in 10 years." Iron Man would be proud.

When you remember it's Pride Month…

Skimm This. Our daily podcast talks about gay couples in Israel, who held an unofficial mass wedding ceremony to protest that gay marriage is still illegal in the country. Listen to their story.

Who we'd love to have a conversation with...

What people are remembering...

D-Day. Today marks the 75th anniversary of Allied forces landing in Normandy to free Europe from the Nazis. It was the largest land, sea, and air invasion in history, and became the turning point in World War II. Thank you to all who served and sacrificed.