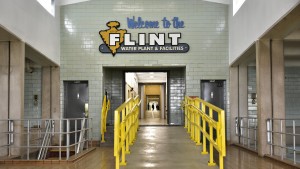 THINGS BACK IN THE SPOTLIGHT

Michigan prosecutors are letting some people off the hook for the Flint water crisis...for now.

Let's start with a refresh: back in 2014, Flint, MI decided to use its river as a water source to save some money. But regulators didn't treat the water to prevent pipe corrosion, which allowed lead to get into people's water. 12 people died from Legionnaires' disease. Dozens more got sick. Five years later, some residents are scared of a repeat and still using bottled water to be safe.

So why in the world would charges be dropped?

Because prosecutors say the legal team under the previous AG didn't look into all of the evidence. So they're saying 'wipe everything clean and start again.' Overall, 15 people were charged – seven already pleaded no contest to misdemeanors, and the other eight were facing criminal charges. Now, TBD. But prosecutors are saying 'don't worry, justice will come in due time.'

Flint was one of the worst man-made environmental disasters in the US. And a state commission report previously found that systemic racism played a part in the crisis. While some are hoping yesterday's decision means a more thorough investigation in the future, others fear it means the victims of this crisis may be forgotten.

The House is taking up the issue of slavery reparations, reportedly for the first time in more than a decade.

Yup. The House is holding a hearing on the issue on June 19th – aka Juneteenth, the holiday that commemorates the end of slavery in the US.

The idea of slavery reparations goes back decades, but it didn't become a mainstream issue until 2014, when writer Ta-Nehisi Coates brought attention to the cause via a widely-read Atlantic piece. Now, some 2020 presidential candidates are weighing in.

How would it work?

That's where things get tricky. There are a couple ways that this could maybe happen: reparations could be paid to descendants of slaves through money, land, or social programs. Interesting to note: some polls say that a majority of black people support reparations while a majority of white people don't.

Polls, amirite. So what's Congress gonna do about it?

Rep. Sheila Jackson Lee (D-TX) intro'd a bill earlier this year that would create a study on how reparations might work. House Speaker Nancy Pelosi (D-CA) has said she supports that idea too. Next week, a subcommittee of the House Judiciary Committee will reportedly have Coates and actor Danny Glover (who's been vocal about these reparations) on the Hill to testify.

More than 150 years after slavery ended, the gov still hasn't fully addressed its repercussions on slaves and their descendants. While it's unclear if DC will make concrete moves on this soon, some may see the upcoming hearing as a step in that direction.

Who's doing some finger pointing…

The US...at Iran. Everyone's on edge as tensions between the two have gone up in recent months. Japan's been trying to play peacemaker. But yesterday, two tankers were attacked in the Gulf of Oman – one of which is Japan's. This incident came a month after four tankers were attacked in the region. Back then, some – including Sec of State Mike Pompeo – pointed the finger at Iran. Yesterday, he blamed it again for this week's attacks.

Who's doing some damage control…

President Trump. Earlier this week, he was asked whether his campaign would accept damaging info from Russia or China on his 2020 rivals, or hand that info over to the FBI. He said "I think maybe you do both." Following pushback, the president blamed the media for taking his comments out of context and compared getting campaign dirt to his conversations with Queen Elizabeth II and other world leaders. Sounds like two different tea parties.

White House counselor Kellyanne Conway. Yesterday, the US Office of Special Counsel (not related to Mueller) said Trump should give her a good ol' 'you're fired.' The reason: she repeatedly violated the Hatch Act by criticizing Dem presidential candidates on TV and social media while speaking in her official capacity. The White House doesn't agree and called the OSC's recommendation "deeply flawed" and "influenced by media pressure and liberal organizations." So no pink slip, for now.

...Oh and while Conway is here to stay, Sarah Huckabee Sanders is not. The WH press secretary gave her two weeks and will be leaving at the end of the month. TBD who will avoid the press in her absence.

Thing To Know: The Hatch Act. It's a 1939 law that bars federal employees from engaging in political activity in their official authority. The goal is to keep federal programs nonpartisan.

Protests in Memphis, TN. At least 35 officers were injured during a protest Wednesday night. This was after the deadly police shooting of Brandon Webber, who was wanted on multiple warrants including for armed robbery. US marshals tried to take him into custody but he allegedly ran his car into the marshals' cars and got out with a weapon before they fatally shot him. People showed up to protest his death that night. But things quickly turned violent when demonstrators allegedly threw bricks at police, vandalized squad cars, and damaged property. Three people were charged with disorderly conduct, and one of them was charged with inciting a riot.

Who's singing "We Are the Champions"...

The Toronto Raptors. Last night, after a really close game, the team beat the Golden State Warriors in Game 6 of the NBA Finals. 114-110. Like we said, close. Now, the Raptors are NBA champions for the first time in franchise history. Hat tip to Kawhi Leonard – who became the third player to win Finals MVP with two different teams.

"Manels." Not a new fashion trend. It's an all-male panel and typical in the science world. The director of the National Institutes of Health says it's time to say goodbye to them and introduce some women into the mix. Oh, hey.

When you ask if that's really what your voice sounds like…

Skimm This. Our daily podcast breaks down the latest on 'deepfakes,' or those doctored videos that seem real. The House Intelligence Committee held a hearing on the topic yesterday, and AI experts say they're not ready to detect them all.

When you're ready for the weekend…

Here's to all types of dads.

Not the same thing. Whales are large marine mammals that breathe through blowholes on the top of their heads. Wales is a country that is part of the UK. Glad we cleared that up.