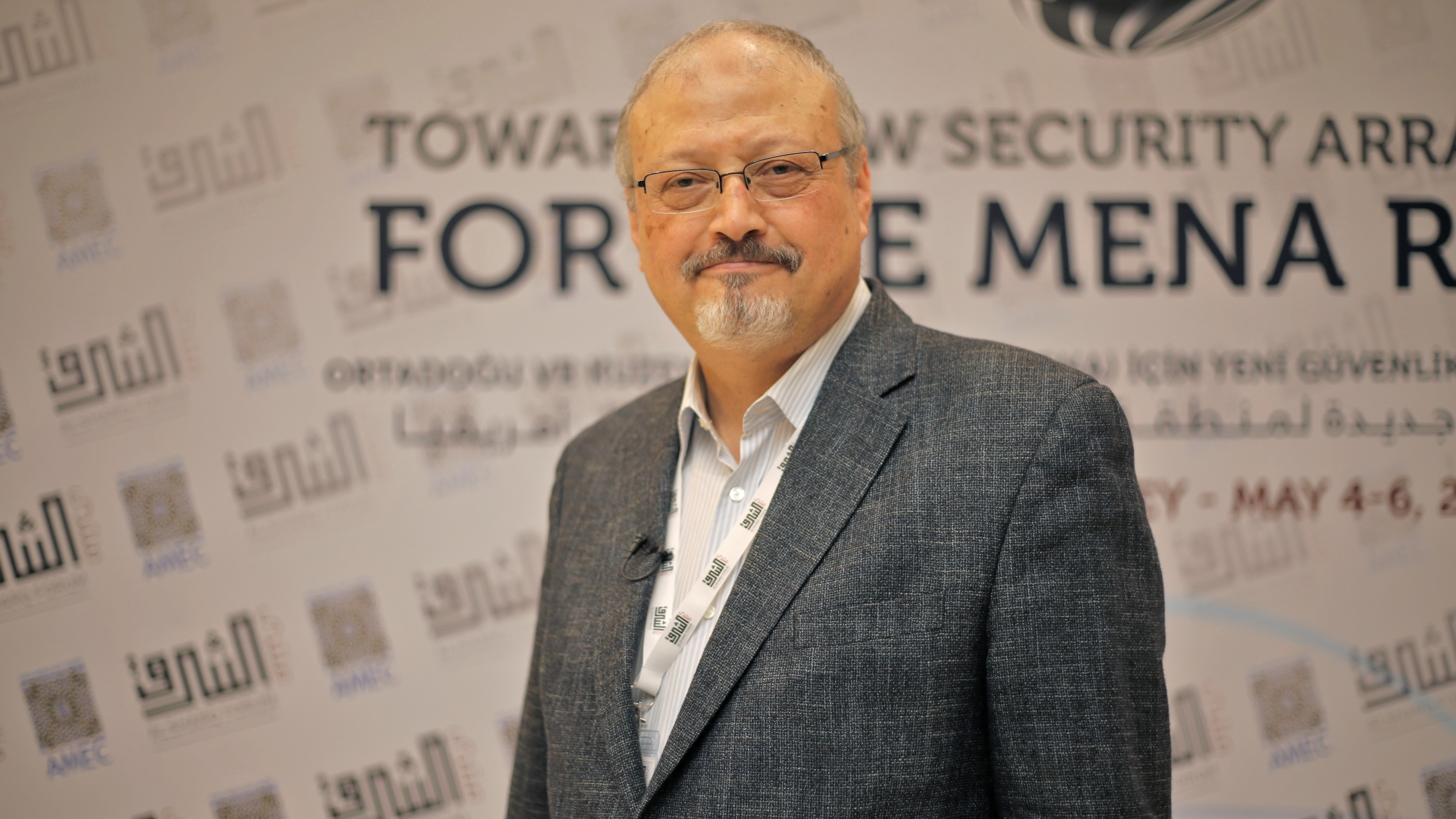 A UN report just called for the crown prince of Saudi Arabia to be investigated in a murder case.

Yup. Here’s what happened: last year, journalist and Saudi dissident Jamal Khashoggi was killed and dismembered after entering a Saudi consulate in Istanbul. After denying any involvement, the Saudi gov admitted he was killed but claims Crown Prince Mohammed Bin Salman (MBS) didn’t know about it. A UN top investigator looked into all this and yesterday, she released her report.

The details are a little gruesome for this early in the morning. But overall it says that the government of Saudi Arabia was responsible. And that there’s “credible evidence” that MBS was personally involved. It says he and other senior officials should be investigated further. It also called for a pause on Saudi Arabia’s trial of 11 suspects accused of killing Khashoggi, saying the trial is shady and secretive.

And Saudi Arabia’s position on all this is?

That these are “baseless allegations” it’s heard before.

The US has had Saudi Arabia’s back for years, despite outrage over its actions in Yemen and treatment of dissidents. But the Trump administration has repeatedly refused to hold Saudi Arabia to task (see: this and this). Now, this UN report is bringing the spotlight back on the kingdom amid a very tense time in the Middle East (more on that in a sec).

I’m going to need a refresher.

In 2014, a passenger jet traveling from Amsterdam to Kuala Lumpur was shot down, killing all 298 people on board. This happened near the start of the years-long conflict between the Ukrainian gov and Russian-backed separatists. Investigators say the missile came from an area controlled by separatists.

Why would a passenger jet get shot down?

Some think separatists mistook it for a Ukrainian military aircraft. A Dutch-led investigation has been looking into this. Now, investigators want to arrest four suspects, three with ties to Russian intelligence. The chief prosecutor says he has the proof that “the Russian Federation is involved in this tragedy, in this crime, one way or the other.”

And Russia’s position on all this is?

Damn. So what happens next?

Not much – some of the suspects are believed to be in Russia, so good luck getting them to comply with Western law enforcement. Investigators aren’t even asking for extraditions because Ukraine and Russia don’t allow for citizens to be extradited. A trial on all this is expected in March of next year.

Tensions between Russia and the West have gotten worse in recent years (see: poison attacks in the UK, election interference in the US and France). Now, this latest investigation is putting more strain on an already strained relationship.

Iran. Today, it shot down a US military drone. The two countries’ relationship has been on the rocks ever since President Trump pulled the US out of the Iran nuclear deal last year. But things have gotten especially heated in recent months. Some of the latest updates: earlier this week, Iran said it’s days away from violating a major part of the nuclear deal. And the Pentagon said it’s sending 1,000 more US troops to the Middle East. Now, Iran says it shot down the drone that was flying over Iran. But the US says it was actually in international airspace over the Strait of Hormuz – a key shipping route for oil.

What’s getting talked about on Capitol Hill…

Reparations. Yesterday was the first House hearing on the subject in more than a decade. Reparations is the idea that the descendants of slaves should be compensated for the injustices their ancestors experienced. The latest hearing was held on Juneteenth, the holiday that commemorates the end of slavery in the US. What was discussed: new legislation to study reparations and create a commission that would issue recommendations. Sen. Cory Booker (D-NJ) – who intro’d the Senate version of the bill – spoke as a witness, arguing that the US needs to address “persistent” inequalities that come from slavery.

Skimm More: Our app has an audio ep on the history of Juneteenth and how it’s celebrated.

What the Trump admin seems to want in its stocking…

Coal, coal forever. Yesterday, the EPA dropped one of its biggest climate policy rollbacks ever. It replaces an Obama-era rule to get coal-fired power off the country’s electric grid. The goal of the new rule: allow states to regulate their own emissions on coal-fired power plants. This move came after criticisms from more than two dozen states and some companies that the Obama rule overstepped. Now, the Trump admin is saying ‘let state regulators do their thing.’ Even though it warned it expects this new plan to result in hundreds of premature deaths because of increased air pollution. True story. Environmental groups are also concerned the move will make it harder for the US to bring down its greenhouse gas emissions in time to avoid the worst impacts of climate change.

Who’s figuring out if orange is his color…

Keith Raniere. Yesterday, the founder of Nxivm was found guilty on all charges. Nxivm: a group started in the ’90s that pitched itself as a self-help company. Prosecutors say ‘actually there’s a sex cult in there.’ And members of the group referred to Raniere as “Vanguard.” (The creep is strong with this one.) In 2017, The New York Times published a story about an inner circle in the group in which women were treated as slaves and some were branded with Raniere’s initials. Several women have since pleaded guilty to charges related to the group (including Allison Mack aka Chloe Sullivan from “Smallville”). Now, Raniere has been convicted of various crimes including sex trafficking, racketeering, and forced labor conspiracy. He faces up to life in prison and is expected to be sentenced by the end of September.

Skimm More: Our app has an audio ep on famous cults like Nxivm and the Rajneeshees (the one in Netflix’s “Wild Wild Country”).

Skimm This. Our daily podcast talks about Joy Harjo, who was just named US poet laureate (basically the country’s official poet). She’s the first Native American ever to be chosen.

Janet Mock. Yesterday, Netflix announced that the “Pose” director, producer, and writer signed a three-year, multi-million-dollar deal with the streaming service. She’s the first known transgender woman to get an overall deal with a major studio.

When “Avengers: Endgame” doesn’t know how to end things…

At least we can look forward to the new “Little Women.”