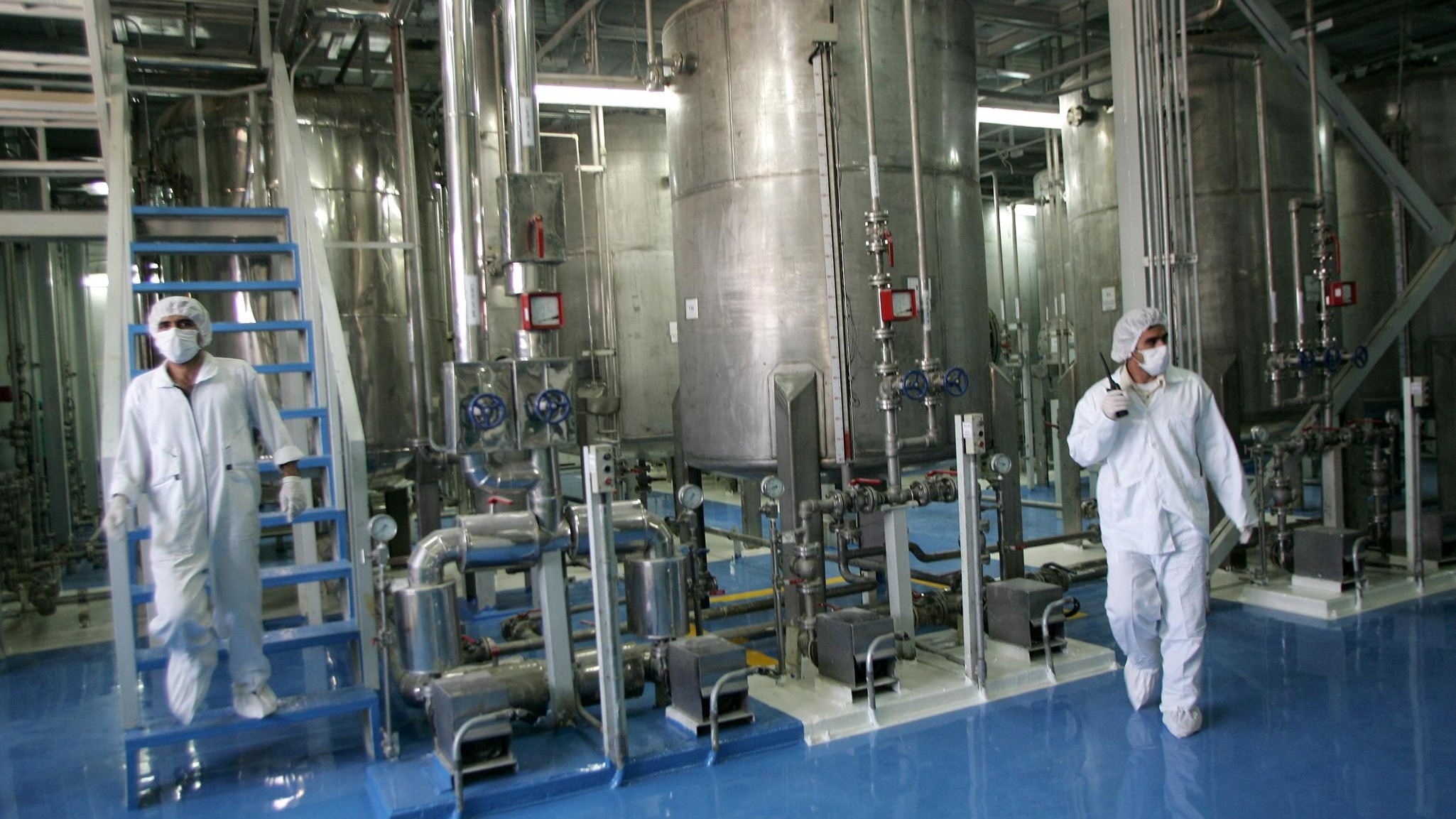 Iran just violated the 2015 nuclear deal for the first time.

What's the deal with the deal?

Back in 2015, Iran and the US – along with Britain, France, Germany, Russia, and China – signed a deal that dropped a lot of sanctions against the country in exchange for Iran limiting its nuclear program. Last year, President Trump pulled the US out of what he called "the worst deal ever." Since the US's withdrawal, it's hit Iran with sanctions, hurting the country's economy.

Let me guess...Iran wasn't too happy about that.

Correct. Earlier this year, Iran's president announced the country would stop complying with some parts of the deal. And warned that it would forget about other parts if the other signatories don't protect Iran's oil and banking sectors from sanctions. European officials tried but it was too little, too late.

Isn't it always. What's Iran up to now?

As of yesterday, Iran said its stockpile of low-enriched uranium is past the maximum amount allowed according to the deal. The UN's nuclear watchdog confirmed it – making this the country's first major violation. Iran claims it's not a full breach of the deal, and more a reaction to the US walking away from it.

If I wanted to explain enriched uranium to someone, I'd generally say...

The low kind...for now. But yesterday, Iran's foreign minister said the "next step" is to break into higher-enriched territory. He added that the situation is "reversible," but that it's on Europeans to give them a reason to back off. So far, Europe is telling Iran to walk back this breach and stay committed to the deal.

When it comes to dealing with nuclear powers, Trump has thrown out the playbook. See: his meetings with North Korean leader Kim Jong Un. Pulling out of the 2015 nuclear deal and reinstating sanctions were his way of pressuring Iran. What we've seen since is Iran saying 'we're not backing down that easy.'

Where people are thinking about retirement...

California. It's the latest state to set up a retirement savings program for workers in the private sector (think: an estimated 7.5 million Californians). According to one study, more than half of these employees lack access to a pension or 401(k). Now, the Golden State will help them out by requiring companies with five or more employees to provide a retirement plan or give them access to this new state program.

Tyler Skaggs. Yesterday, the 27-year-old Los Angeles Angels pitcher was found dead in his hotel room. It's still not clear how he died. The team released a statement, saying that Skaggs – who'd been a starter for the Angels for the last few years – "has, and always will be, an important part of the Angels family." He would have turned 28 later this month. RIP.

Where the heat isn't letting up...

Hong Kong. Yesterday was the anniversary of Hong Kong's 1997 handover from the UK to China. The date is marked every year by protesters demanding more freedom from the mainland. This year, many came out over an extradition bill – which people worried could open the door for China to extradite political opponents far before 2047, when it's expected to take full control of the territory. Yesterday, hundreds of protesters broke into a government building, vandalizing offices. And police fired tear gas at the crowds near the building to get them to disperse.

What nailed its mid-year performance review...

Who's all about a good first impression…

Skimm This. Our daily podcast talks about Cori "Coco" Gauff. She beat Venus Williams in her first ever Wimbledon match yesterday. And she's only 15 years old.

...Oh and speaking of impressive women, the US women's soccer team is taking on England today for the Women's World Cup semifinals. It's at 3pm ET in case you need to take an extra-long 'work call.'