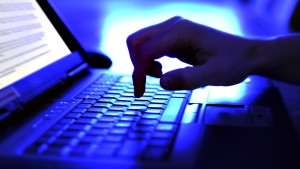 THINGS DC IS TALKING ABOUT

The citizenship question is officially a dud.

For over a year, the admin has been trying to add a citizenship question to the 2020 census. It said the add was to help protect minorities' voting rights. But opponents said 'are you kidding, it will hurt minorities' because it could scare off undocumented immigrants and citizens in immigrant communities from filling it out. Documents also came out recently showing that the admin's reasoning for the add might have been more politically motivated than it let on. More than a dozen states and others sued over the issue, and it made its way in front of the Supreme Court. Last week, the court said 'we've got our answer.'

It ruled not to allow the question on the census…but the admin had the option to keep trying if it could provide a better reason. At first, President Trump floated the idea of delaying the census altogether. But now the Justice Department says 'this isn't worth the battle' and will start printing out copies without the question listed.

Whether millions do or don't fill out the census could impact everything from how many congresspeople your state gets to how much money it has for things like schools and roads. Now, after a conservative court shot down the idea by one vote, the Trump admin is giving up on a major effort that could have shifted how all these resources were distributed for the next 10 years.

Customs and Border Protection (CBP) is investigating a Facebook group.

For what reason exactly?

It's a private Facebook group with about 9,500 current and former Border Patrol agents. Earlier this week, a ProPublica report showed agents allegedly posting xenophobic, sexist, and racist content there. Think: joking about the death of a 16-year-old migrant in Border Patrol custody. Sexualized, edited images of Rep. Alexandria Ocasio-Cortez (D-NY). And suggestions to throw a burrito at her and another Democratic lawmaker.

Yep. The First Amendment protects people's right to say what they want, with some exceptions. Employers – including the government – can still set up a code of conduct that people have to abide by. In CBP's case, employees aren't allowed to make "abusive, derisive, profane, or harassing statements or gestures" against people based on things like their race, sex or national origin. That includes on social media. The agency has launched an investigation into it. And next week, the House oversight committee is holding a hearing on the crisis at the border, and is expected to talk about this...among other issues.

In recent weeks, there's been outrage over reports about the treatment of migrants at the border. And President Trump signed an emergency humanitarian aid package to improve conditions there. But this latest news puts the spotlight on Border Patrol agents in particular, and whether the alleged bias of some may play a role in how they carry out their duties at the border.

What people will be talking about at the BBQ…

Nike. It's canceling a sneaker that featured the 1700s version of the US flag (aka the Betsy Ross version), which had 13 stars to represent the original colonies. Former NFL quarterback and Nike spokesperson Colin Kaepernick reportedly told Nike that the flag is considered offensive and that the company shouldn't sell it, since the version attributed to Ross has been used to support white supremacy. Nike pulled the shoe – timed to come out around the Fourth of July – because of "concerns that it could unintentionally offend and detract from the nation's patriotic holiday." And not everyone's happy about it.

House Democrats. Yesterday, they sued the Treasury Department and the IRS to try to get a look at Trump's tax returns. ICYMI, Trump has slapped a 'for my eyes only' sign on them. The dept has denied multiple House requests for them, arguing a lack of "legitimate legislative purpose." This new lawsuit says the House doesn't need a reason. But the info could help with their investigations in presidential tax law compliance (fun stuff). The Trump admin is calling this lawsuit, "Presidential harassment." Now it's up to federal courts to decide whether Congress gets to take a peek at his treasure chest.

Who run the world...

Ursula von der Leyen. European leaders just nominated the German defense minister to be the next president of the European Commission. If confirmed, she'd be the first woman to take on the job.

Christine Lagarde. She's currently the head of the International Monetary Fund. Now, she's being tapped to become the next president of the European Central Bank.

Who's feeling sporty with some spice…

Skimm This. Our daily podcast is feeling patriotic after the US's 2-1 win against England in the Women's World Cup semifinals yesterday. The US will be defending their champ title on Sunday. And will find out today if they're facing off against the Netherlands or Sweden.

When you're too far away to see the July 4th fireworks…

How about the ones more than a century in the making?