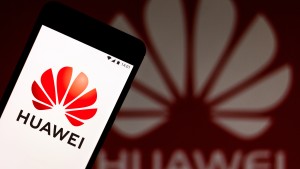 And I care why?

Huawei – the Chinese telecom company – is the world's second-largest smartphone maker. It's been accused of stealing US intellectual property, violating sanctions on Iran, and threatening US national security. Turns out, there could be more.

Not really seeing the issue here.

North Korea has been under international sanctions over its nuclear program and human rights abuses. If Huawei used American parts to work with North Korea, it could be a violation of sanctions the US has on the country. Meaning: Huawei could be facing penalties like criminal prosecution or more sanctions. Another issue here is that a Chinese state-owned company reportedly worked with Huawei on all this. And we're finding out at a time when both Huawei and China are on thin ice with the White House.

What does the company have to say?

It's dodging questions on whether it's done business in North Korea in the past. But says it doesn't today, and that it's "fully committed" to complying with sanctions. Meanwhile, other countries (like the UK) are watching to see how things play out between the US and Huawei before deciding whether to let the company upgrade their wireless networks.

This is happening amid a US-China trade war, competition over 5G, and the US trying to negotiate with North Korea over its nuclear program. The US gov was already skeptical of Huawei, and this report will likely only add fuel to the fire.

Britain's Next Top Prime Minister. But instead of a contract, they'll get to figure out how to handle one of the most complicated political and economic negotiations in decades (read: Brexit). And what the country's policy is towards growing tensions with Iran. Yesterday, Conservative Party members voted on who will take over from PM Theresa May to lead the party (and ultimately the country). Today, the UK is expected to find out who it is. The options:

What's going all-in when it hears the word 'spies'...

Skimm This. Yesterday, Iran announced that it had captured 17 Iranians who it says worked for the CIA. And that it had already sentenced some to death. The US is denying that any of this is true. Our daily podcast goes into the history of US-Iran tensions. And what to make of the latest allegations.

What's getting along for once...

DC. Yesterday, President Trump and congressional leaders agreed on a general framework for a budget deal, helping the US avoid a government shutdown and federal default...at least until after the 2020 election. If passed, it would let the US spend hundreds of billions more dollars and hit 'ignore' on the growing federal deficit. Cue fiscal conservatives pulling up their Excel spreadsheets. Meanwhile, Dems aren't getting any promises that money set aside for the military won't get used for a US-Mexico border wall. This is what democracy (read: compromise) looks like.

What's opening up its wallet…

Equifax. Yesterday, the company agreed to pay up to $700 million over a 2017 data breach that affected nearly 150 million people in the US. It was one of the largest data breaches in history. If you're one of the people who had to do damage control after your Social Security or credit card numbers were exposed, you could soon claim up to $20,000. But first, a court needs to sign off on the settlement.

Google. It's planning to pay $11 million to settle more than 200 claims of age discrimination during its interview process. The company reportedly maintains it didn't discriminate against older applicants. But it's still getting ready to Google Pay up.

What's more upsetting than reports of a "Riverdale" breakup...