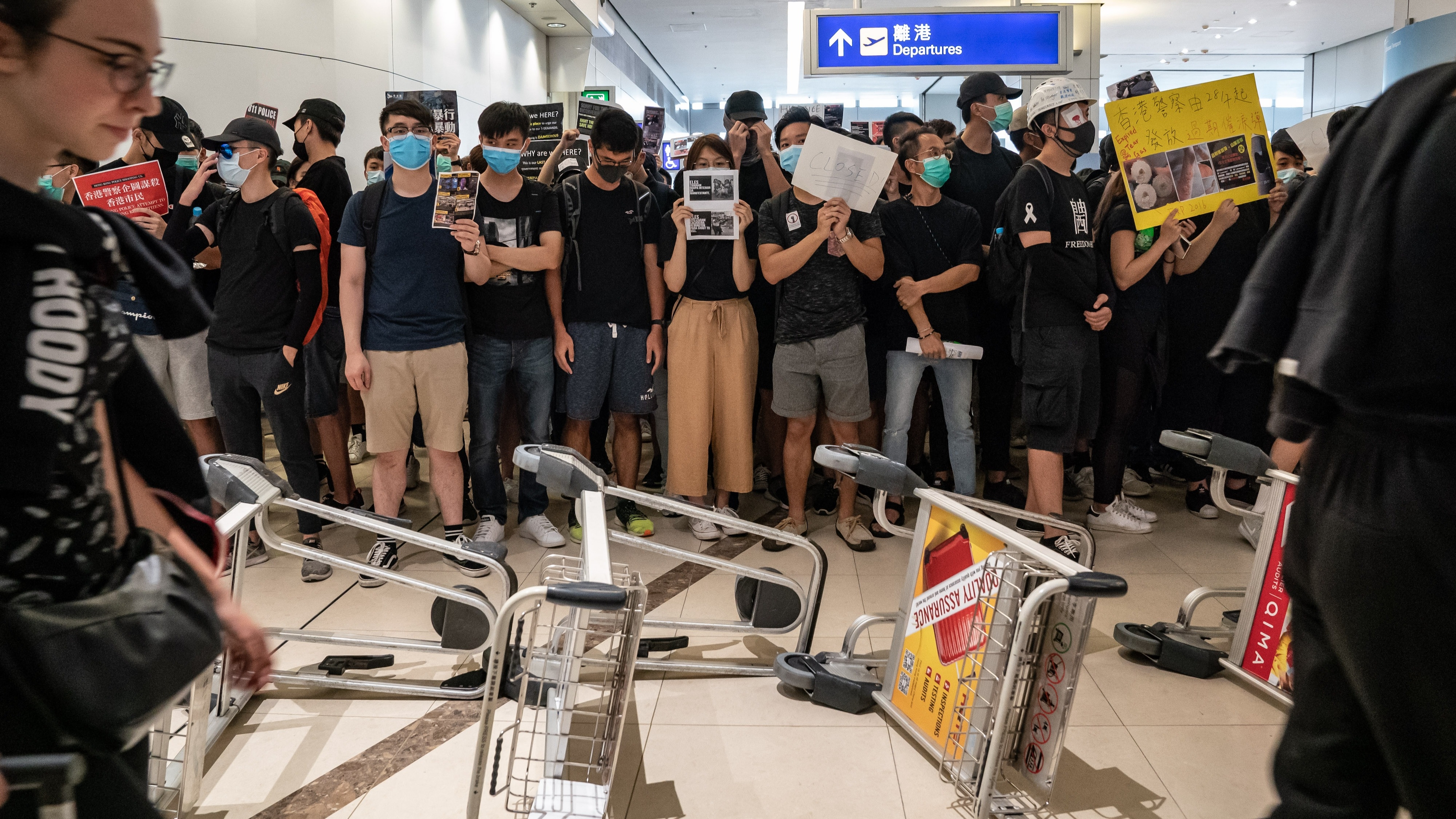 After the 10th straight weekend of protests, police and anti-government demonstrators continue to clash in Hong Kong.

I definitely need some background.

We'll take it way back to explain how Hong Kong has a unique status from mainland China. When the former British colony was handed back to China in 1997, it came with a "one country, two systems" status. It meant Hong Kong got its own judiciary for 50 years, while China handles its defense and foreign affairs. But that's all supposed to end in 2047. It's still a little unclear what will happen then, but residents fear they might lose many of the rights they've gotten used to under the agreement.

How'd you guess. Earlier this year, Hong Kong's government intro'd a bill that would let some criminal suspects be extradited to China. Many were scared that it would let China silence critics as the mainland increases its influence in the territory.

What happened to the bill?

Following widespread pushback, Hong Kong's leader, Carrie Lam, eventually said the bill was "dead." But she didn't withdraw it or resign – which many are still asking for. For weeks, the protests have continued and have become wider calls for democracy. Protesters are asking for things like to be allowed to elect the next leader (aka Lam's replacement) instead of a committee dominated by pro-China elites, for there to be an inquiry into police behavior, as well as the unconditional release of arrested protesters. Meanwhile, police have continued to use force to contain demonstrators, and this weekend, things took a turn.

Videos taken over the weekend have circulated online showing alleged police brutality – including one of a woman with her face bloodied after being hit by a projectile. On Monday, thousands of protesters stormed Hong Kong's international airport – one of the world's busiest – and all departing flights were canceled. Yesterday, people showed up to protest for a second day, which disrupted flights again. Police used batons and pepper spray to disperse protesters. Today, airport operations appeared to be back to normal, and some protesters apologized online for the chaos and travel disruptions. A small group of peaceful protesters remained at the airport.

What's been the reaction to all this?

Lam is reportedly urging people to stay calm and warning that Hong Kong risks being "smashed to pieces" if demonstrations continue. China has called demonstrators "violent criminal offenders." And President Trumpsays US intelligence shows that the Chinese government is moving troops closer to its border with Hong Kong. China released video flexing its muscles.

Anti-government protesters are sending a message to China: They want democracy and are willing to publicly challenge its control. But it's unclear what the long-term impact will be, and how this might change what's set to happen in 2047.

Skimm This: Our latest podcast ep gets into the impact of these protests.

The Trump administration. Yesterday, it said that the new tariffs on certain Chinese goods will be delayed until December. In case you've been on an extended camping trip with no internet, the US and China are in the middle of a trade war. Earlier this month, President Trump announced he's slapping a 10% tariff on $300 billion worth of products starting in September. But, he's backtracked on things like cellphones, laptops, and video game consoles – which won't be tariffed until mid-December. Trump said this was because of the holiday season and "just in case some of the tariffs would have an impact on US customers." While some items will still face tariffs September 1, others won't because of "health, safety, national security" factors (including shipping containers and bibles...yes, bibles).

Plácido Domingo. In a report by The Associated Press, multiple women accused the opera singer and conductor of sexual harassment. Eight singers and a dancer allege Domingo tried to pressure them into sexual relationships by offering them jobs and sometimes punished them professionally if they refused. The encounters allegedly happened over the course of three decades beginning in the late 1980s. Domingo says the allegations "are deeply troubling, and as presented, inaccurate." The Los Angeles Opera – where he is the general director – said it's launching an investigation. And the Philadelphia Orchestra and San Francisco Opera announced they would cancel his upcoming performances.

What's singing 'reunited, and it feels so good'…

CBS and Viacom. The two companies agreed to a merger worth at least $28 billion and the combined company will be called ViacomCBS. We know, creative. They were once one but split back in 2006, remaining under the control of the same holding company. Now, after years of talks, the marriage is back on – seemingly in an effort to compete with Netflix, Disney, and AT&T. Someone who's popping champagne over the news: Shari Redstone, who will become chair of the ViacomCBS board, and could become the most influential woman in the media industry.

…Oh and speaking of joining forces, the NFL is partnering with Jay-Z's entertainment company, Roc Nation.

$: What's money got to do with it? Here's how the Viacom-CBS merger could affect your wallet

What has everyone Googling if a trailer can win an Oscar…