Daily Skimm: Israel and Congress, GE, and a Stubborn Camera 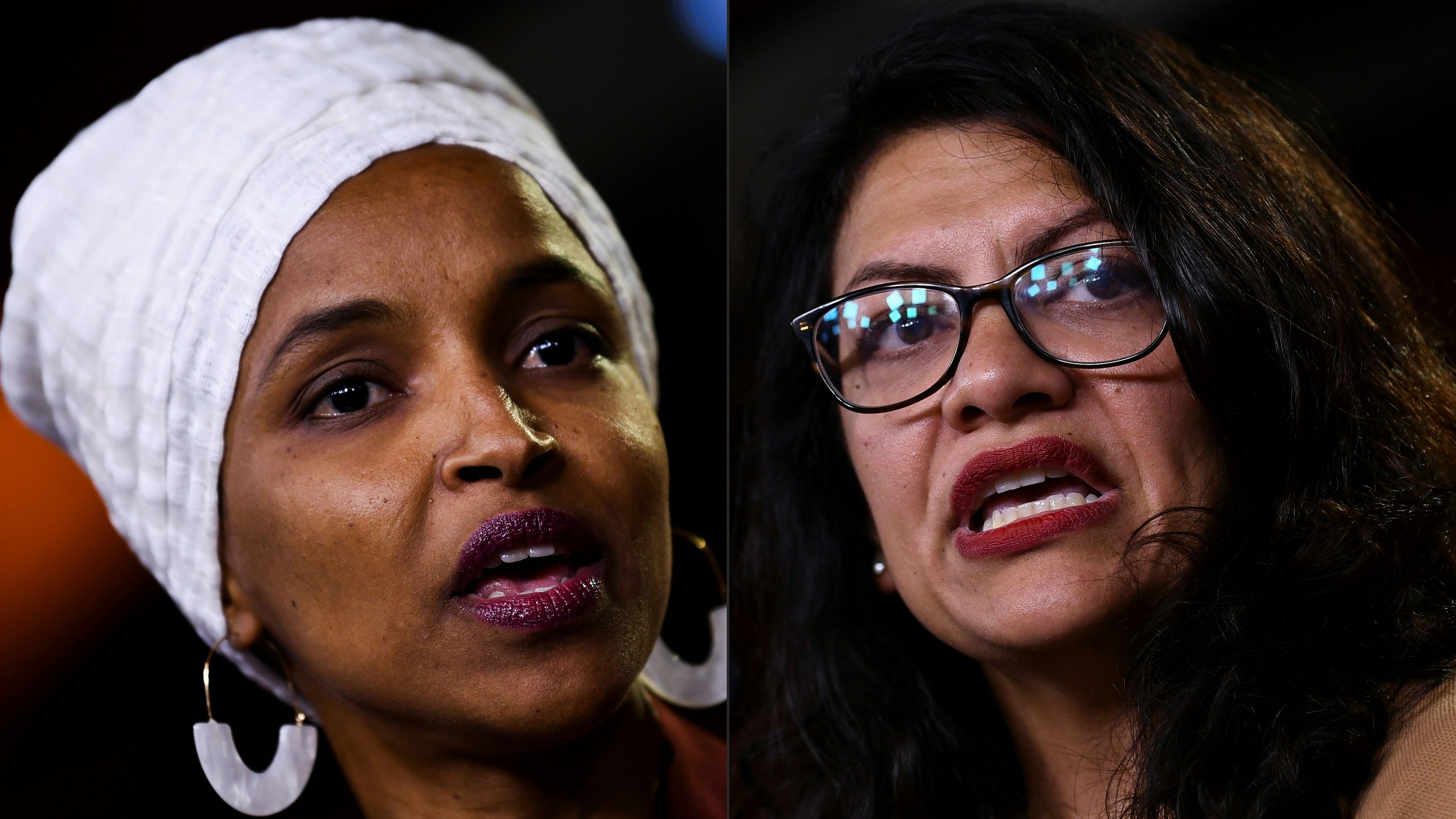 Yesterday, Israel barred Reps. Ilhan Omar (D-MN) and Rashida Tlaib (D-MI) from entering the country. Now it’s sort of backing down on that.

Why bar them in the first place?

Omar and Tlaib are the first two Muslim women in Congress. Both are outspoken critics of President Trump, who has previously criticized them and was called out for using racist and xenophobic language to do so. Omar and Tlaib have also been vocal in their support of the Palestinians and the movement to boycott Israel.

Quick Skimm on the movement, please and thank you.

It’s formally known as the Boycott, Divestment, and Sanctions movement. Its goal is to end international support for Israel because of its policies toward the Palestinians and also because of Israel’s West Bank settlements – something considered a violation of international law. Just last month, the House overwhelmingly passed a resolution condemning this movement.

The two freshmen Democrats were supposed to arrive this weekend for a days-long tour. They were planning to visit Jerusalem and several West Bank cities. House Majority Leader Steny Hoyer (D-MD), who visited this month, asked Israeli Prime Minister Benjamin Netanyahu to let Omar and Tlaib into the country. And while Israeli officials were still figuring out how to handle the trip, Trump took matters into his own hands.

How’d you guess? Yesterday, he took to Twitter to say that “it would show great weakness if Israel allowed Rep. Omar and Rep. Tlaib to visit,” and doubled down by saying that the two hate Israel.

Blocked their planned visit. Netanyahu said the purpose of Omar and Tlaib’s trip was “to strengthen the boycott against us and deny Israel’s legitimacy.” But earlier today, Israel said Tlaib can enter the West Bank on humanitarian grounds to see her grandmother.

Omar called the initial decision to ban them “an insult to democratic values,” and added that as a member of the House Foreign Affairs Committee, it’s her job “to conduct oversight on foreign aid.” Both House Speaker Nancy Pelosi (D-CA) and Senate Minority Leader Chuck Schumer (D-NY) called it “a sign of weakness.” Some Republicans also criticized yesterday’s move. Sen. Marco Rubio (R-FL) called it a “mistake” but said it also plays into the congresswomen’s hands “to bolster their attacks against the Jewish state.”

There are two things at play here that are unusual: An ally of the US had blocked two elected members of Congress from entering its country. And the US president used his relationship with Israel to punish his political opponents. This could create further tensions between the White House and the Democratic Party, and could potentially impact the US-Israel relationship down the road.

General Electric. Yesterday, a whistleblower – who pointed out Bernie Madoff’s Ponzi schemethat imploded in 2008 – accused GE of accounting fraud. He said the company is hiding $38 billion in losses, aka 40% of its market value. And called it “a bigger fraud than Enron.” (For reference: Enron declared bankruptcy in 2001 after it came out that the company had inflated its earnings.) After the whistleblower’s report about GE dropped, its shares took a nosedive. GE denies the allegations.

Who’s calling up their lawyer ASAP…

Actor Danny Masterson. Earlier this week, four women – who have previously accused Masterson of sexual assault – filed a lawsuit against him, the Church of Scientology (of which he’s a member), and its leader. You know Masterson as Hyde in “That ’70s Show.” In 2017, he was dropped from the Netflix series “The Ranch” after the allegations came to light. Now, his four accusers say the church was involved in an effort to silence them by causing them emotional distress. And that it carried out a conspiracy to cover up the actor’s alleged actions. Masterson has repeatedly denied the allegations and called the lawsuit “beyond ridiculous.”

Former Colorado Gov. John Hickenlooper. Polling quite low in an already crowded Dem field, he said yesterday ‘I’ll take the hint’ and ended his campaign for the 2020 Democratic presidential nomination. Hold back your tears, he’s playing around with a possible Senate run.

Skimm More: Read up on the million (or so) people vying to be our next president.

What piece of real estate everyone is talking about…

Greenland. Seriously. President Trump has been floating the idea of buying it from the Danish government. Name a more random thing you’ve read today. We’ll wait.

Who’s not backing down on fighting for equal pay…

When the wind is to blame for your bad hair day…