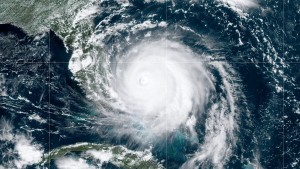 THINGS PEOPLE ARE THINKING ABOUT

This weekend, Hurricane Dorian made landfall in the Bahamas as a Category 5 storm.

What do we know about it?

At least five people were killed. As many as 13,000 homes were damaged or destroyed. Many are without power. Dorian has been downgraded to a Category 4 storm, but is still considered extremely dangerous. As the storm is forecast to move closer, coastal areas in Florida, Georgia, and South Carolina have been ordered to evacuate in case of things like flooding and heavy rains.

Hurricane Dorian is the strongest storm on the planet this year. If you're in the hurricane's path, here's how to stay safe.

On Saturday, seven people were killed and 22 were injured in a mass shooting in West Texas.

What do we know about it?

The suspect went on a drive-by shooting after allegedly being pulled over for failing to use a turn signal. The attack is believed to have happened hours after the suspect was fired from his job. Authorities are still searching for a motive, and say the suspect had been on a downward spiral. Gov. Greg Abbott (R) says the suspect didn't go through a background check when obtaining the weapon used in the rampage.

This was the second mass shooting in Texas in a month. And comes the same weekend that laws went into effect that make it easier for Texans to bring guns into schools, apartments, and places of worship. Abbott says the state needs to figure out how to keep guns "out of the hands of criminals" while also protecting Second Amendment rights.

Brexit, always. Today, UK lawmakers are voting on a bill to try to avoid a no-deal Brexit. No, it's not Groundhog Day. It just seems like it. Reminder: the UK is expected to leave the EU by October 31. This bill would force Prime Minister Boris Johnson to ask the EU for an extension if the UK and EU can't agree on a Brexit strategy. That's because many want to avoid a no-deal Brexit and the chaos that could come with it. But Johnson doesn't want another "pointless" delay. And last week, he moved to give lawmakers less time to agree on an alternative strategy.

The California boat fire. Yesterday, a diving boat caught fire off the coast of Santa Cruz Island, killing at least eight people. Five crew members have been rescued. 26 other people – believed to have been sleeping below deck – are missing. It's still unknown how the boat caught fire. Authorities are conducting search and rescue efforts.

Where people have been protesting for 13 consecutive weeks...

Hong Kong. Yesterday, thousands of students marked the first day of school by protesting. And hospital staff formed a human chain in support. This all started in June over a controversial bill that would have allowed for some criminals to be extradited to mainland China. Eventually, Hong Kong's leader Carrie Lam said the bill was "dead" but didn't withdraw it. The protests have evolved into a pro-democracy movement that includes demands for Lam's resignation, withdrawal of the bill, and political reform.

What popped up on Insta more than everyone showing off where they spent LDW...

This clip of Naomi Osaka at the US Open. ICYMI: The defending champ convinced 15-year-old Coco Gauff to join her for a joint interview after their match – saying it's better to cry in front of people than in the shower. By the end of it...everyone was crying. Sportsmanship FTW. It wasn't enough though to keep Osaka in the tournament though, she lost in the next round. Serena Williams is still fighting (and winning) through an ankle injury. Defending champ Novak Djokovic is out thanks to an injured left shoulder. And Roger Federer is still in it to win it.