Daily Skimm: E-Cigs, YouTube, and Big Numbers for the NFL 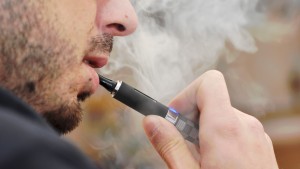