Daily Skimm: South Africa and Nigeria, Vaping, and A Picture's Worth $3M 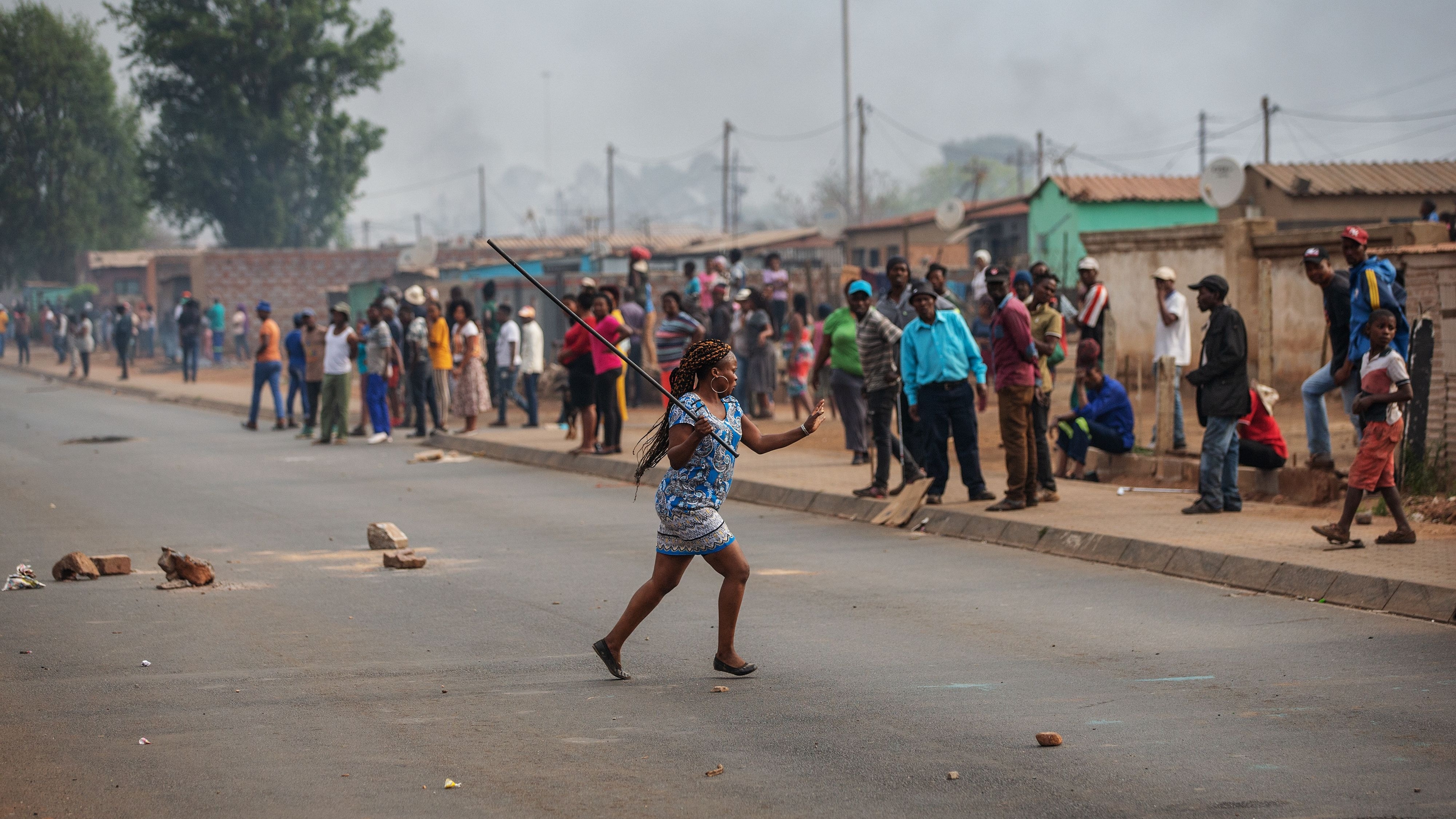 There is major tension between Africa’s two biggest economies.

And those would be…

Nigeria and South Africa. Earlier this week, people started mass rioting in places throughout South Africa, including Johannesburg and Pretoria. In what people are calling xenophobic attacks, many foreign-owned shops were looted. At least 10 people have been killed. Hundreds of others were arrested.

Whoa. Why is this happening?

The unemployment rate in South Africa is high – 29% – and rioters there are accusing immigrants of taking their jobs. Many of the businesses that were targeted are Nigerian-owned. Other foreigners attacked reportedly come from Zambia, Kenya, and Ethiopia. Many in Nigeria are outraged.

In response to the riots, South African telecom and retail businesses in Nigeria have been the target of arson and other retaliatory attacks. All of this has taken a toll on diplomatic relations between the two countries.

South Africa has closed diplomatic missions in Nigeria to protect its citizens. Nigeria has recalled its representative to South Africa. And dropped out of this week’s World Economic Forum meeting there. One Nigerian airline is offering to transport any Nigerians out of South Africa for free. Other countries – including Zambia, Tanzania, and Madagascar – have reportedly done things like cancel soccer matches or flights to South Africa because of the violence.

South Africa says it’s doing everything it can to protect foreigners in the country. Human rights groups aren’t too sure that’s true. Meanwhile, Nigeria is assuring people that it’s protecting foreign businesses there. But all of this has put extra pressure on South African President Cyril Ramaphosa, who’s simultaneously trying to address concerns from protesters over gender-based violence in the country. And trying to convince other African countries at the World Economic Forum to work together on trade.

This isn’t the first time there’ve been xenophobic attacks in South Africa. But the rise in violence is pointing to how major economic strains there can exacerbate social tensions – and lead to deadly consequences.

The Ghost Ship warehouse fire. Reminder: back in December 2016, a fire broke out at a warehouse party in Oakland, CA, killing 36 people. The cause of the fire – one of the deadliest in US history – is still unknown. But authorities charged Derick Almena (the warehouse’s master tenant) and Max Harris (who acted as building manager) for the deaths. Prosecutors had accused the men of running an illegal and unsafe artists’ colony (nicknamed Ghost Ship). The building was allegedly a mess: it had flammable material, only two exits (one of which was allegedly blocked), and no fire alarms, smoke detectors, or sprinklers. The men’s lawyers blamed the landlord instead, and said it was on the city to enforce fire safety codes. Yesterday, a jury found Harris not guilty, and a judge declared a mistrial in Almena’s case after a hung jury.

What’s pulling out its checkbook…

Michigan State University. The Department of Education is fining the school for failing to protect students from Larry Nassar while he was a sports doctor there. The department had launched two investigations into how the school handled reports against Nassar – who was sentenced to up to 175 years in prison for sexually abusing dozens of women and girls. The gov found that Michigan State failed to respond to reports of sexual misconduct against him. Now, Michigan State has to pay a record $4.5 million fine. Education Sec Betsy DeVos says that this “must not happen again there or anywhere else.”

Robert Mugabe. The former prime minister and president of Zimbabwe has died at age 95. Mugabe had led the country for almost four decades, ever since it gained independence from Britain in 1980. In that time, he ended white-minority rule in the country but was later known to use violence to stay in power. Two years ago – as the country’s economy was collapsing – Mugabe was forced to resign. Since then, he’s believed to have traveled to Singapore for medical treatments, though it’s not clear what he suffered from. His successor, President Emmerson Mnangagwa, confirmed his death.

Vaping. The FDA, CDC and others have been looking into hundreds of possible cases of respiratory illnesses across the US tied to e-cigarettes. It’s still unclear what exactly is causing all of those illnesses. But officials may have a breakthrough: for cases involving e-cigarettes for weed, the oil used for vaping includes an ingredient derived from Vitamin E. It’s not known to cause problems when you use it in things like skin treatments or supplements. But when you inhale it, it can decompose and then cool and sit in your lungs. Warning bells, rung.

Hurricane Dorian. The Category 1 storm has been moving along the coast of the Carolinas, sending rain, winds, and even tornadoes onto the coast. It’s left hundreds of thousands of people there without power. Meanwhile, the death toll from the storm has gone up in the Bahamas, where it hit earlier this week. At least 30 people have been killed – and officials expect that number to rise.

While India preps for its moon landing…

Get the camera ready.