Daily Skimm: Google, Hurricane Dorian, and a Woman Taking to the Sea 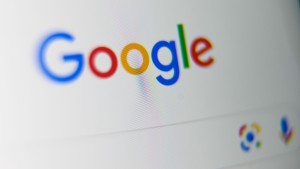 Pretty much every single state is investigating Google over antitrust concerns.

We see what you did there. Recently, there’s been a debate over whether the federal gov should regulate big tech. Some – including Sen. Elizabeth Warren (D-MA) – argue that tech giants like Google, Facebook, and Amazon have become too big and powerful, hurting competition. Others wonder how this regulation would look in reality, since the industry is so varied and complex.

So what’s this investigation about?

It’s looking into Google’s advertising and search businesses. Texas’s attorney general – who’s leading the investigation – says the company “dominates all aspects” of the biz. 50 states and territories are part of the probe – every state except Alabama and California (cough, where Silicon Valley is, cough).

We try. This latest probe means Google’s now being investigated for possible antitrust violations on both the state and federal levels. The Justice Dept is also reportedly (Google) searching into the company over antitrust concerns. And Congress has also launched its own investigations into Big Tech.

If the federal gov is on it, what’s the point of this new investigation?

It may have something to do with recent fines against tech companies. The issue: that these fines – which have been historically large – only represent a small fraction of tech companies’ revenue (see: Facebook and Google). A few years ago, the FTC ended a similar investigation into Google with a slap on the keyboard, er, wrist: it didn’t penalize the company or lead to any regulatory reform. Either way, Texas’s AG says “the facts will lead where the facts lead.”

Big Tech has managed to avoid serious regulation so far. But the investigations keep piling on. Depending on what the states find, the party could end in the near future.

Skimm This: Our latest podcast ep has more on the investigation into Google.

Where many are mourning…

The Bahamas. The country is still reeling from Hurricane Dorian, which killed at least 45 people and caused tens of thousands to lose homes, electricity or access to clean water. Now, as many flee the aftermath, the US is getting pushback for inconsistent policy toward hurricane survivors there.

What the FDA is calling out…

Juul. Yesterday, the agency warned that Juul violated federal regulations by marketing its vaping products as a safe alternative to cigarettes. Turns out, the FDA has to sign off on claims like that. The announcement comes as there’s extra scrutiny around vaping given the hundreds of possible vaping-related illnesses across the US.

Breast cancer researchers. Each year, around 250,000 people are diagnosed with breast cancer in the US. Of those cases, less than 1% are men. New treatments typically focus on the women, with men regularly excluded from clinical trials. Now, the FDA is calling on researchers to include men in their trials so that potential treatments can be found safe for them, too.

What’s not a fan of name calling…

The NRA. Yesterday, it sued San Francisco after the city’s board of supervisors declared the group a “terrorist organization” last week. The board had argued that the NRA promotes terrorist activity by advocating that Americans – including those who might carry out acts of terror – have access to weapons. But the NRA dismissed the move as a political stunt and said it would continue advocating for “the constitutional rights of all freedom-loving Americans.” Now, less than a week after SF’s move, the NRA is hitting back with a lawsuit. And accusing city officials of violating its free-speech rights by trying to blacklist people associated with the NRA.

What the Brits are hitting pause on…

British Airways. Yesterday, pilots for the UK airline went on strike over a pay dispute. The strike – which is expected to impact travel for close to 200,000 passengers – is supposed to end today, but another one is expected later this month. It’s the first pilot strike in the company’s 100-year history.

Parliament. It’s going on break until mid-October after PM Boris Johnson moved to give lawmakers less time to agree on – or delay – Brexit next month. Meanwhile, the House of Commons Speaker – who hasn’t seen eye-to-eye with the PM – is going on a forever break from screaming “Order.”

…Oh and in case you thought the drama was over across the pond, UK lawmakers voted against the PM’s request for a snap election. For the second time.

Who has a very different conception of retirement than you…