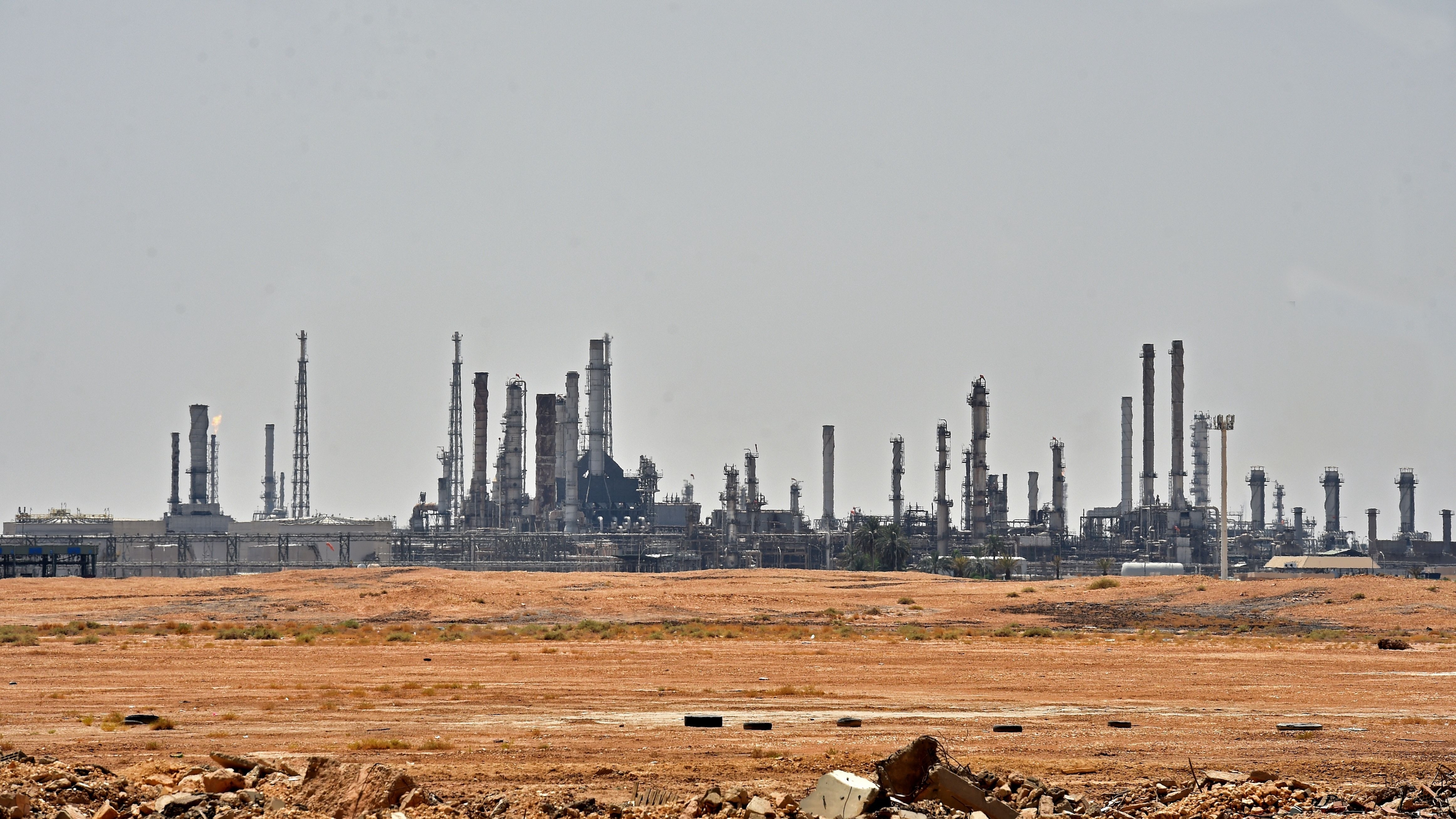 Where are we talking about?

Saudi Arabia. On Saturday, multiple “projectiles” hit the plant and an oil field – both of which are operated by state-owned oil giant Saudi Aramco. The attack cut about half of Saudi Arabia’s oil output – around 5% of the world’s daily supply. Oil prices surged.

The key question. Houthi rebels in Yemen have claimed responsibility. It wouldn’t be the first time the Iranian-backed rebels carried out drone attacks in Saudi Arabia in response the kingdom’s role in the Yemeni war.

The US isn’t buying it. The Houthis aren’t known to be able to carry out an attack of this scale. And some US officials say the attacks look like they were launched from Iraq or Iran (to the north) rather than Yemen (to the south).

The US is blaming Iran directly, with Sec of State Mike Pompeo calling it an “unprecedented attack on the world’s energy supply.” President Trump said the US is “locked and loaded” and waiting to hear who Saudi Arabia is holding accountable. Saudi Arabia says it’s still investigating.

It’s denying responsibility. One commander threatened that Iran could hit US military bases in the Middle East.

The oil industry has to bounce back from the largest sudden disruption in years. It’s unclear when Aramco’s facilities will be fully operational again. Saudi Arabia is apparently promising to tap into its reserves to keep meeting customer demand. And Trump said he authorized the US to dip into reserves of its own if needed to keep markets “well-supplied.” The timing is also raising eyebrows as Aramco prepares for what could be the world’s largest IPO.

It’s still unclear where exactly this attack originates from. But considering how crucial oil is to the Saudi – and global – economy, many are holding their breath to see what happens next.

What’s on their back foot…

Purdue Pharma. Yesterday, the maker of prescription opioid OxyContin filed for bankruptcy. When OxyContin came out in the 1990s, Purdue Pharma pushed doctors to prescribe it. Today, thousands in the US die each year from opioid-related overdoses. Last week, Purdue Pharma reached a tentative settlement with many state and local governments over its role in the epidemic. Now, it’s filing for bankruptcy as part of that settlement. The chairman of its board of directors said that this “will provide billions of dollars and critical resources to communities across the country trying to cope with the opioid crisis.”

General Motors. Today, more than 49,000 workers went on strike after negotiations broke down over things like pay, health care, and job security. As part of the negotiations, GM had offered more employment opportunities, over $7 billion worth of investments, and “best-in-class wages and benefits.” But the union didn’t budge. This is the company’s first strike in more than a decade.

Skimm More: Read up on how labor unions became a thing and the issues they face today.

Supreme Court Justice Brett Kavanaugh. On Saturday, The New York Times dropped a report with new details about sexual misconduct allegations against him. Kavanaugh’s confirmation process was overtaken by misconduct allegations, which he denied. In one, Deborah Ramirez – a former classmate of Kavanaugh’s at Yale – accused him of pulling down his pants at a party and thrusting himself at her. Kavanaugh denied this happened and said if it did it would have been “the talk of campus.” Turns out, at least seven people reportedly say they remember hearing about the incident. In addition, the Times piece – adapted from an upcoming book – also covered a new allegation involving another female student in an allegedly similar situation. A witness told the FBI and senators about the allegation, but the FBI didn’t investigate.

Note: The New York Times has updated their article from Sep 14, 2019 to note that the unnamed woman referenced in the new allegation "declined to be interviewed and friends say that she does not recall the incident." Please see their most updated version here.

What parents are watching carefully…

E-cigarettes. New York is set to become the second state after Michigan to ban the sale of flavored e-cigs. At least six people have already died from a vaping-related lung illness. This comes days after the Trump admin announced plans to ban all non-tobacco flavors.

Peanut allergies. An FDA advisory committee wants the agency to approve a treatment for peanut allergies in children. It’s the most common food allergy in the US and can lead to life-threatening reactions. This treatment wouldn’t get rid of the allergy, but would gradually expose children to doses of peanut protein to build up a tolerance, which could help them avoid severe reactions in the future. If the agency approves it, it would be the first FDA-approved drug for this type of allergy. It’s expected to make a decision by January.

Who’s finding out that orange is the new black…

Felicity Huffman. The actress was sentenced to 14 days in prison for her role in the college admissions scandal. While she apologized to students “who work hard every day to get into college,” some have brought up issues within the criminal justice system, highlighting the severe sentences people of color have gotten for similar crimes.