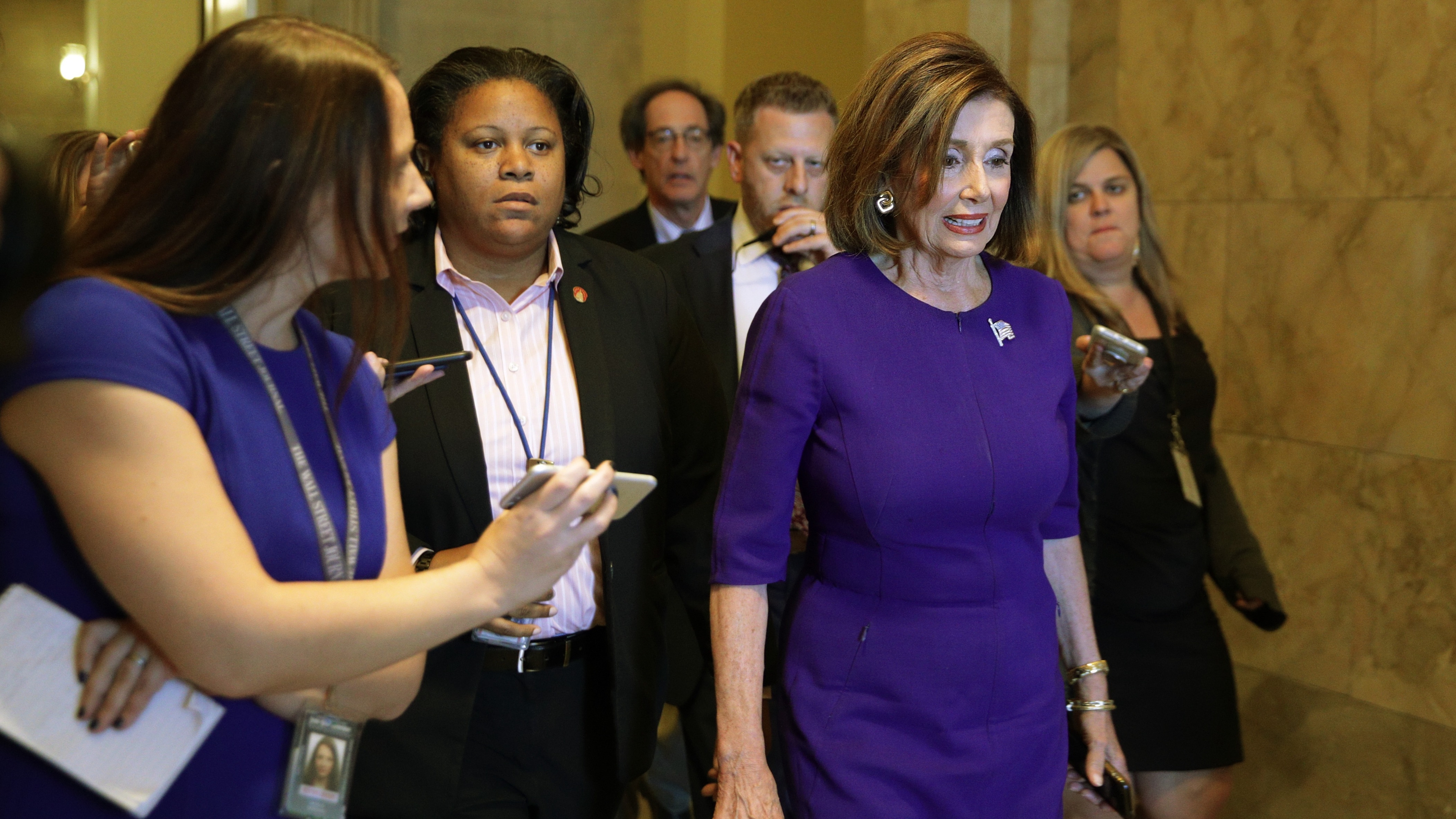 Let’s start with the first thing you said. Tell me more about Ukraine.

It came out last week that a US intelligence official filed a complaint about multiple issues involving Trump – including that he allegedly pressured Ukraine’s president. Turns out that in July, Trump had a phone call with then-newly elected Ukrainian President Volodymyr Zelenskiy. Trump talked to Zelenskiy about having the country investigate former Vice President Joe Biden and his son for corruption. The convo happened while Ukraine was waiting for millions in military aid, something that was eventually provided after the call – leaving many to wonder if there was a ‘quid pro quo’ deal made to get a foreign country to help get dirt on a political rival. Trump admits that he held the aid as a negotiating tactic, but says the tactic was to get European countries to help pay up.

We’ll have a better sense today since Trump authorized the full transcript of the call to be released. In terms of the whistleblower complaint, the acting director of national intelligence has refused to turn it over to Congress. He’s been subpoenaed to appear in front of the House Intelligence Committee tomorrow. Also, the chairman of the committee said that the whistleblower wants to speak to them and that they’re expecting testimony “as soon as this week.”

Ok, so the impeachment part…?

Is an interesting turn of events. Pelosi has been very hesitant to take this step before. Remember all those calls for impeachment during the Mueller investigation? She was one of the people saying ‘let’s chill a bit here,’ thinking about how it could negatively impact moderate freshmen Dems and reps in swing districts that won her the majority in 2018.

The Mueller investigation was seen by some as partisan and chasing things that happened before Trump was elected – so Pelosi didn’t think she had enough support to launch impeachment proceedings then. But she sees this situation with Ukraine as a “betrayal of his oath of office” and a “violation of the law.” So instead of it being a Dems v Republicans issue, Dems are positioning it as a lawmakers v abuse of power issue. AKA a constitutional crisis.

Well, an impeachment inquiry in which six House committees will hold investigations. It’s the first step to launching impeachment proceedings, but it also could stop at the inquiry phase. (Read: This allows Pelosi to appease both the Dems that want to impeach Trump, and those that don’t.)

It would be a long, long process (see: here). But what’s important to note is that the House votes on whether to impeach a president and the Senate votes on whether to remove him or her from office. For reference: former President Bill Clinton was impeached by the House, and not removed by the Senate. As of right now, it’s unclear if the impeachment effort will even make it out of the House. Pelosi seems to think she has the numbers to make it work.

How did Trump react?

He called the inquiry “more breaking news Witch Hunt garbage.” Meanwhile, Republican lawmakers are pretty much saying ‘this won’t get far,’ with Senate Majority Leader Mitch McConnell (R-KY) saying this “confirms that House Democrats’ priority is not making life better for the American people.” But two of the three Republicans challenging the president in the 2020 presidential race are throwing caution to the wind and going all in on Team Impeachment.

Trump is only the fourth president in history that Congress has opened a formal impeachment inquiry against. So there is no doubt this is a big deal. The question is how far into the impeachment process this goes, how this all plays out during an election cycle, and what precedent this could set for impeachable offenses by presidents in the future.

This climate change report. It says that oceans are in more danger than we previously thought. Oceans absorb more than 90% of excess heat that’s trapped on Earth because of greenhouse gases. Now we’re learning more about what kind of toll that’s taking. Some examples: extreme floods that have typically happened about once every 100 years on some coasts could happen annually by 2050. By the end of the century, marine life may decline by 15% and sea levels could rise about three feet. Oh, and some of these impacts may happen even if countries curb their carbon emissions.

Who’s in hotter water than a tea bag…

UK PM Boris Johnson. Yesterday, the UK Supreme Court unanimously ruled he acted unlawfully when he suspended Parliament. Last month, Johnson moved to shut it down by asking for a Queen’s Speech in mid-October. It’s tradition for the queen to give a speech every year or so declaring a new parliamentary session and laying out the government’s agenda. By suspending parliament, lawmakers have less time to come up with a Brexit plan. Now, the UK’s highest court said Johnson was trying to avoid Parliamentary scrutiny over his Brexit policy and deemed the move unlawful. Opposition lawmakers are calling on him to resign. Johnson says ‘I’m not going anywhere,’ and that he will respect the ruling but that he “will not be deterred” from making Brexit happen with or without a plan in place.

What’s updating its “About Us” page…

WeWork. Yesterday, its co-founder and CEO Adam Neumann stepped down. The company has been on a roller coaster ride. It had delayed its IPO because of declining valuation (think: it went from $47 billion to now about a third of that). Neumann had majority voting rights and the power to fire the board. And some members were trying to get him to leave. It (We)Worked. He’ll become a non-executive chairman of the board. Now, it’s unclear when the IPO could happen and there are rumors of potential layoffs that could affect as many as 5,000 employees.

Who found a better Amazon deal than you…

When your friend asks what your Halloween costume is…