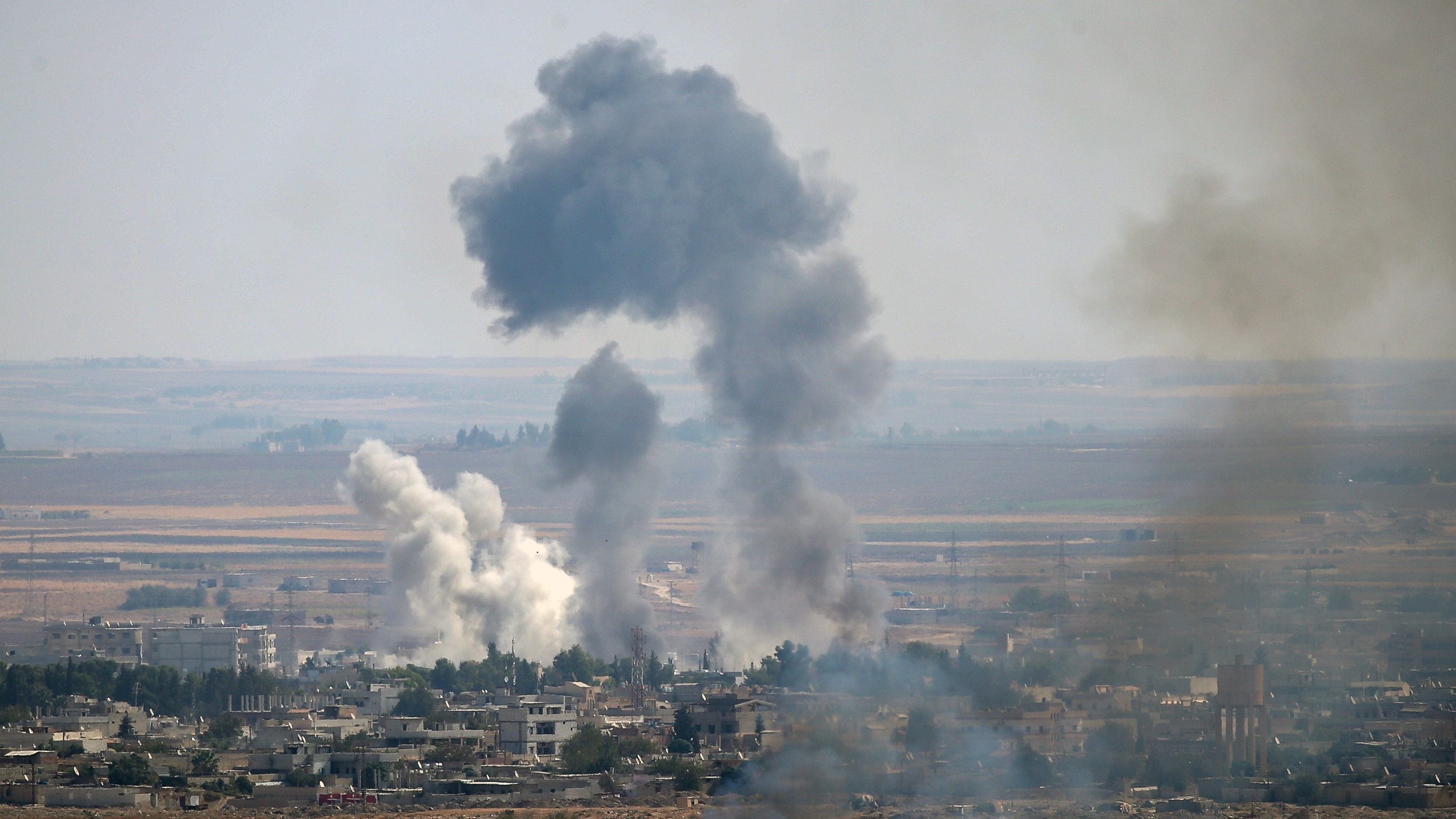 Syria's gov is taking advantage of the chaos going down in the country.

Let's go over the chaos first.

ISIS used to control territory in northern Syria, but the Kurds (a semi-autonomous ethnic group and a key US ally in the region) helped kick the terror group out and detained about 11,000 ISIS fighters. This has always been a problem for Syria's neighbor Turkey, since it sees the Kurds as a terror threat. Last week, President Trump started pulling US troops from the area, which allowed Turkey to attack the Kurds with airstrikes and heavy artillery. Dozens of people have been killed, and at least 160,000 others have been displaced. Abandoned by the US, the Kurds formed a new alliance over the weekend.

The Syrian government, headed by President Bashar al-Assad. As in the guy whose regime is responsible for chemical attacks on his own people. Now, the Russian and Iran-backed government has entered the area for the first time in years – a major shift in the country's eight-year civil war. Many are worried that Trump's erratic move has now bolstered a leader that the US considers a war criminal.

The EU condemned the military offensive and promised to stop arms sales to Turkey. A spokesperson for the UN Secretary General says he's calling for "immediate de-escalation."

He's calling for an immediate ceasefire, raising tariffs on Turkey, and imposing sanctions on the country. He also plans to leave some troops behind in southern Syria to make sure ISIS doesn't regain control of the region – while pulling all other troops out of the country. Meanwhile, House Speaker Nancy Pelosi (D-CA) said she agrees with Sen. Lindsey Graham (R-SC) that Congress should work to overturn Trump's original decision to leave the Kurds on their own.

Trump was already facing criticism for leaving the Kurds behind. Now, he's facing the threat that the Syrian gov, Russia, Iran, and ISIS could gain ground the US and its ally have been fighting to protect for years.

Skimm More: Want to dive deep on the Kurds in Syria? We have a guide for that.

Whose name you should know…

Atatiana Jefferson. Over the weekend, the 28-year-old black pre-med grad was fatally shot by a white cop inside her home with her nephew there. Police in Fort Worth, Texas got a call that her front door was open. When officers showed up to check in, one cop saw her through the window and yelled at her to put her hands up - never identifying himself as a police officer. Seconds later, he shot her. The cop has since resigned and been charged with murder. An attorney for Jefferson's family says they're relieved the cop has been charged, and that there should be "vigorous prosecution and appropriate sentencing."

Barcelona. Yesterday, thousands turned out to protest against prison sentences for former Catalan separatist leaders. It's been about two years since Catalonia (the semi-autonomous region in Spain that includes Barcelona) held a referendum to break up with the rest of the country. To which Spain's government said 'sorry but that's unconstitutional.' A group of separatist leaders were thrown in jail as a result. Yesterday, the country's supreme court found nine of them guilty of sedition and sentenced them between nine and 13 years in prison. The decisions sparked protests around the region.

This doctored video. It shows President Trump shooting and assaulting news organizations, former President Obama, and the Black Lives Matter movement. To name a few. It was shown at a pro-Trump conference that Trump's son and the governor of Florida were scheduled to speak at. Trump hasn't been shy about his feelings toward the media, but this suggests that his rhetoric could be influencing supporters and inciting violence – although the creator's identity isn't known. The White House Correspondents Association said it was "horrified" by all this and urged the president to denounce the video. The White House said Trump hadn't seen it yet, but strongly condemns it.

When your friend is really excited about their new shoes…

Cool but what color are they?