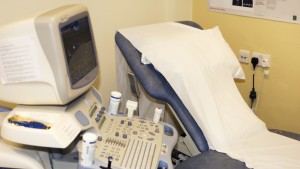 IN TECH WE (DON'T) TRUST

A new study shows that a widely-used health care algorithm is hurting some of the US’s sickest black patients.

You’re going to need to explain that.

The algorithm – and others like it – are used in pretty much every aspect of the health care system, from hospitals to government agencies. It’s designed to identify the most high-risk patients and suggest additional help: like more nurses and primary care appointments.

It is…in theory. Doctors and other health care providers are stretched thin. So many rely on algorithms like this to figure out how to prioritize caring for patients. To put it into perspective, roughly 200 million people in the US are assessed using tools like this each year – about two-thirds of the US population.

K. So how is it biased against black patients?

That’s the thing: it’s not designed to be. In fact, the algorithm explicitly ignores race. Instead, it tries to gauge how complex a patient’s medical situation is by looking at their recent health care costs. But it’s not a good substitute.

And the impact of that is…?

The algorithm flagged a white patient at the same risk level as a much sicker black patient (think: more chronic illnesses). If the bias was fixed, more than double the number of black patients could be flagged as in need of extra medical attention, up to almost 50%. The study’s authors are working with the company behind the algorithm to get this fixed. And they want similar algorithms to make changes, ASAP.

This isn’t the first time that it’s looked like algorithms could exacerbate biases. But this particular algorithm (and others like it) has major reach on one of the most critical aspects of our infrastructure: health care.

What we finally have answers on…

Last year’s Lion Air plane crash. Earlier today, investigators in Indonesia issued their final report on what caused it. This was the first of two deadly crashes in a 5-month span involving Boeing 737 Max planes. Those models have since been grounded around the world. Investigators thought that a problem with the automated flight-control system could have played a part in both crashes. Now we’re learning that’s at least true for the Lion Air crash. But that wasn’t the only reason: they also blame things like inadequate pilot training, regulatory lapses, and maintenance problems. We still don’t know have final word on what caused the second crash.

California. Wildfires in both Northern and Southern California have burned thousands of acres and caused tens of thousands of residents to evacuate. The largest of the fires – Kincade Fire in Sonoma County – has already burned at least 16,000 acres. Yesterday, the state’s largest utility PG&E confirmed that the fire started near one of its transmission towers. It’s still not clear what started it. But PG&E has been shutting off hundreds of thousands of customers’ power to reduce the risk of fires spreading amid the state’s wildfire season – a precaution it’s taking after its transmission lines caused the deadliest fire in CA history last year. If you’re in the area, pay attention to evacuation orders and stay safe.

UK PM Boris Johnson. He’s calling for a general election on Dec 12. UK lawmakers haven’t made this easy for him: first, he was forced to ask the EU for a three-month Brexit delay. Then lawmakers agreed to his Brexit plan in principle, but wanted more time to review it. So the UK likely won’t leave the EU on Halloween. That’s a scary thought for Johnson, who’s promised to make Brexit happen by then, with or without a deal. But since things haven’t turned out as planned, he’s giving lawmakers an ultimatum: “get Brexit done” within the next two weeks or schedule an election so other lawmakers could take this up. Parliament is expected to vote on whether to hold an early election on Monday.

Who’s letting the door hit them on the way out…

Brandon Taubman. The Houston Astros assistant GM was fired after being accused of verbally accosting female reporters over the weekend. After an Astros win over the New York Yankees on Saturday, Taubman reportedly yelled at female reporters that he was glad the team had acquired relief pitcher Roberto Osuna – who’d been suspended for violating the MLB’s domestic violence policy. The team denied the report was true, then admitted it and apologized. Now, Taubman is going, going, gone from his post.

What lawmakers want to stop, make it pop…

TikTok. The video app your 15-year-old cousin is obsessed with may be a “counterintelligence threat.” Two senators are calling on the intelligence community to investigate whether the Chinese-owned app is a national security risk and could be a target for election interference.

What’s not making you sick this morning…