Daily Skimm: NCAA, Lebanon's Prime Minister, and A "GoT" Prequel 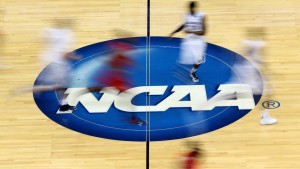 ALL I SEE IS DOLLAR SIGNS

The NCAA is letting college athletes cash in on their fame.

The NCAA has long said that the idea of college athletes making money off of their name or talent won’t fly. The reason? To help separate amateur athletes from professional ones and avoid some schools getting an unfair recruiting advantage. But critics have pointed out that college athletes help the NCAA make hundreds of millions of dollars every year. And say that they deserve a cut, too.

The NCAA is changing its tune. Yesterday, it unanimously voted to let athletes get paid for the use of their name, image, and likeness. But it’s up to the three NCAA divisions to come up with new rules on this by Jan 2021.

Why the change of heart?

The NCAA has faced growing pressure from lawmakers, who recently upped the ante. Case in point: last month, California became the first state to allow college athletes to make money through endorsement deals. And states like Illinois and New York – as well as the federal gov – are considering similar legislation.

The NCAA has become one of the most powerful money-making organizations in the sports world – and that’s in no small part because of those unpaid college athletes. This move is seen as a step in the right direction, but one that lawmakers want to make sure actually happens…and isn’t all talk.

Skimm More: theSkimm App has an audio episode that explains the business of college sports. Download the app to listen.

John Witherspoon aka “Pops.” The comedian and actor died yesterday at the age of 77. Witherspoon starred in many movies like the “Friday” franchise, and series like “The Tracy Morgan Show” and “The Wayans Bros.” Witherspoon was also a famous stand-up comedian who was set to take the stage later this year. His family released a statement on Twitter saying he was “a Legend in the entertainment industry, and a father figure to all who watched him over the years.” RIP.

Lebanese PM Saad Hariri. Yesterday, he said he’s resigning after almost two weeks of protests. They started over a proposed tax on apps like WhatsApp but soon turned into anti-gov protests, with many frustrated over the country’s looming economic crisis and high levels of corruption. Hariri tried to address protesters’ concerns by offering reforms, including cutting gov officials’ salaries – but protesters weren’t impressed. So yesterday he said he’s stepping down. While protesters may be celebrating, this isn’t expected to improve the economic situation, and could shake up the political situation for better or worse.

What didn’t get the green light…

Alabama’s abortion law. Yesterday, a federal judge temporarily blocked the law, which would have banned abortions except for cases when the mother’s life is at risk. It’s the country’s most restrictive abortion ban passed this year and was set to go into effect next month. But like the eight other abortion restriction bills that states passed this year, it’s been blocked from going into effect, at least for now.

Skimm More: We talked to former Texas Rep. Beto O’Rourke about how he’d handle abortion cases if he were elected president. Check out our interview here – then catch up with the other 2020 candidates.

The effects of climate change. Researchers say that 300 million people live in places that could experience annual floods by 2050 – reportedly more than three times as many as previously thought. Countries in Asia (think: Bangladesh, India, and China) may be especially at risk of rising sea levels. One country that’s already been adjusting: Indonesia. It’s moving its capital from Jakarta to a new capital city on Borneo island, in part because Jakarta is sinking

When you misplace all of your things, like always….

At least HBO knows where its dragons are.