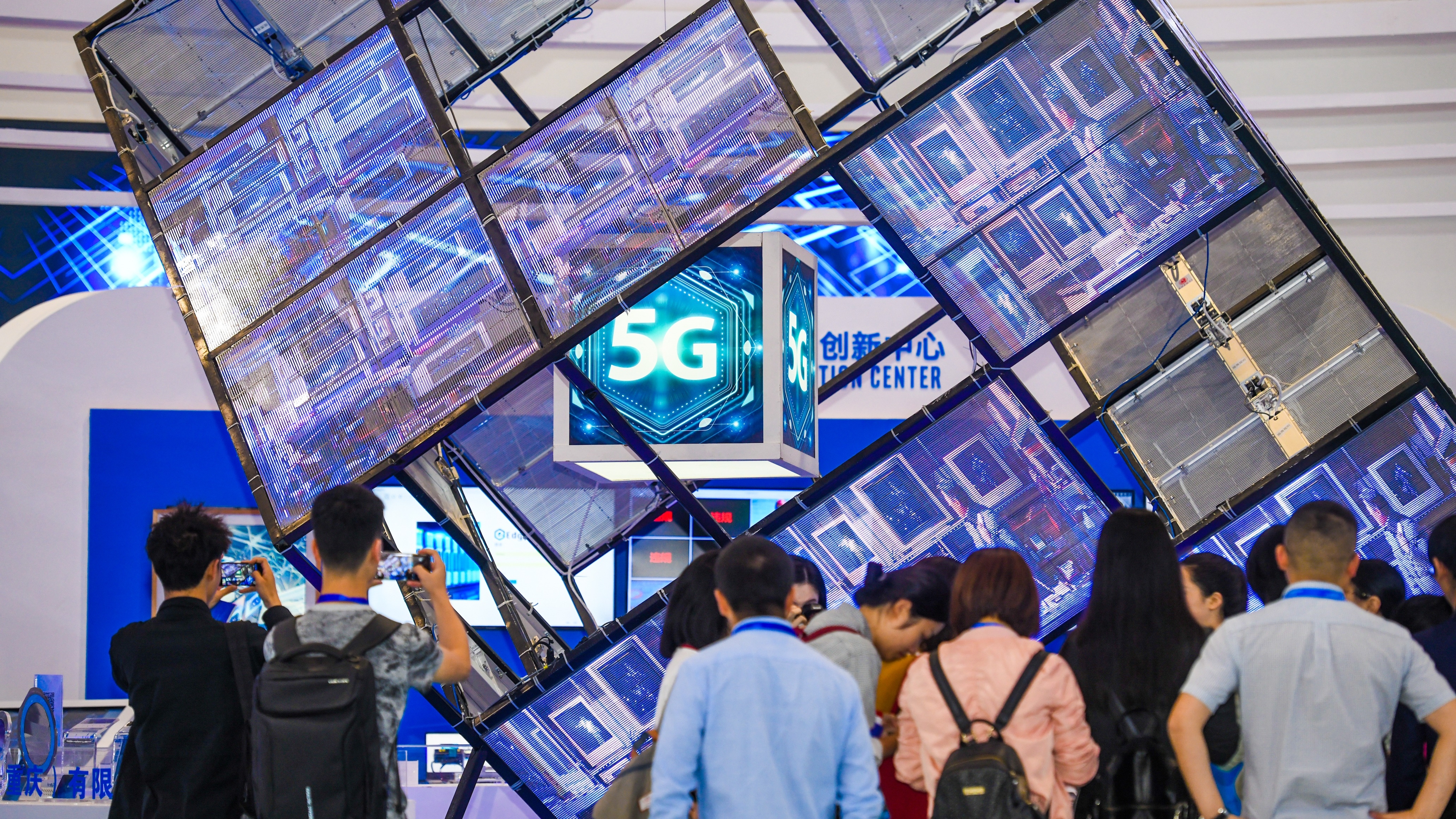 China’s about to become the land of 5G.

5G = fifth generation of wireless tech. It connects your phone to the internet faster than it took your friends to get through “Succession.” And it could also help speed up developments with self-driving cars and robotic surgeries.

It is. And starting today, China’s three state-owned wireless carriers will start offering 5G subscription packages – months ahead of schedule. Major cities like Shanghai and Beijing will be able to access the network first. And the goal is to have 5G service available in at least 50 cities by the end of the year. In other words: this puts China on track to have the world’s largest commercial 5G network.

Whoa. Where does everyone else stand?

A few countries have started to roll it out. That includes parts of the US – but on a much smaller scale. For comparison: China is expected to have about 130,000 base stations (which enable the tech) by the end of the year, whereas the US only has 10,000.

And how’s the US feeling about all this?

Probably not great. The US and China are the world’s largest economies, and are pretty much always in competition to one-up each other – especially when it comes to tech. And China’s home to the world’s largest telecom equipment maker (hi, Huawei) and biggest wireless carrier (hi, China Mobile). So it has all the opportunities to get ahead on this front, and could reportedly spend as much as $217 billion in the next few years to make that happen. Add that onto the fact that the US already had national security beef with Huawei.

China’s on a mission to expand its global influence – and part of that is building up its own tech sector. Today’s rollout shows it’s headed in that direction. All this comes as China and the US may be close to ending their trade war – and raises the stakes in the countries’ tech cold war.

$: What’s money got to do with it? Here’s what more 5G networks could mean for your wallet.

What has a rough plan for Q4…

The House. Yesterday, it voted along party lines to give the formal go-ahead to its impeachment inquiry and outline next steps. The resolution calls for public hearings into President Trump, and his admin’s move to withhold military aid to Ukraine while trying to get the country to investigate former VP Joe Biden. They’re hoping to have those hearings underway before Thanksgiving.

…Oh and speaking of plans, Trump made some to move to Florida. And went full ‘New York, I love you but you’re bringing me down’ with his goodbye speech.

Skimm More: Our app has a guide that explains how impeachment works, what it’s been like in the past, and the questions surrounding Trump. Download to start your free trial.

Who’s promising to see himself out…

Iraqi PM Adel Abdul-Mahdi. Earlier this month, the country erupted into massive protests over things like unemployment and corruption. Since then, hundreds of people have been killed, with thousands more injured. Now, Iraq’s president says Abdul-Mahdi has agreed to step down as long as there’s a successor ready to replace him.

Where kids are heading back to school…

Chicago. Today, more than 350,000 public school students are going back to class after an 11-day teachers strike. Yesterday, the union said it had reached a deal with the city on some of its demands, including a pay bump and more funding for smaller class sizes. It also includes more funding to add social workers and nurses to schools across the city. The teachers’ union president called it “a contract we can believe in.” Mayor Lori Lightfoot (D) was less positive, saying that “a lot of harm that has been done to our young people.”

What has people feeling hopeful…

This new cystic fibrosis treatment. It can target the genetic cause of the disease and help treat 90% of patients. It’s reportedly seen as a major upgrade from previous treatments, which could only help a small fraction of patients. The FDA is so hopeful, it apparently signed off on the drug therapy five months early.

What’s feeling very pleased with itself…