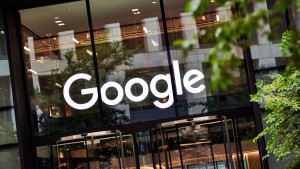 The impeachment inquiry into President Trump is ready for its public debut.

By debut you mean…

The first public hearing is happening today at 10am ET. Major news channels will cover it. Or you can always watch it live from (bless its heart) C-SPAN.

Remind me what all of this is about?

The focus is on a July phone call between President Trump and Ukrainian President Volodymyr Zelenskiy. In it, Trump seemed to urge him to investigate former VP Joe Biden and his son for corruption, apparently over a Ukrainian company Biden’s son had ties to. At the time of the call, the admin was withholding military aid to Ukraine.

Ah yes, the famous ‘quid pro quo’ everyone is talking about.

Not exactly. Democrats may be moving away from that language. And trying to make the case that Trump pushing for an investigation into Biden (among other things) amounts to abuse of power. Especially since Biden is a leading Democratic presidential candidate and Trump’s potential rival for 2020.

Great. For weeks, the House has been holding closed-door meetings with US diplomats and other officials to learn more about the phone call, among other events. Democrats say they’re finding that the Trump admin pressured career civil servants to go along with politically motivated policy. And that his actions in July could amount to bribery – an impeachable offense. Trump maintains it’s perfectly legit to push countries to root out potential corruption. And that Dems are talking to second- and third-hand witnesses to make their case. Republicans are backing him up, saying the evidence for an impeachable offense just doesn’t add up.

Today, the House Intelligence Committee is kicking off its first public hearings with US diplomats…

And at the end of this, what happens?

The goal is to finish all the hearings in the next few weeks. Based on what they find, either the House moves forward with articles of impeachment against Trump. Or…not. If they do vote to impeach, a trial will be held in the Republican-majority Senate.

Today marks a shift from private, closed-door hearings to bringing evidence in front of the real jury: the American public, who will be able to make their voices heard in 2020.

Google. It recently came out that the company was working with the second-largest health care system in the US, Ascension, to store private medical info on tens of millions of patients. Think: lab results, diagnoses, dates of birth…along with patient names. Google says the project (known as “Project Nightingale”) is intended to help Ascension improve its data organization and services – which Google says is “standard practice” for a deal like this. But the company has access to a ton of health data without patients or doctors knowing about it – which is raising just a few privacy concerns. The Department of Health and Human Services has reportedly launched an investigation.

SCOTUS. Yesterday, the Supreme Court denied an appeal from gun-maker Remington to block a lawsuit filed by families of the 2012 Sandy Hook victims. The families claim the company is liable for the shooting over its promotion of the rifle used in the massacre. But the company says a law protects it from lawsuits over crimes committed with its guns. Yesterday, SCOTUS said it won’t hear the appeal, so the lawsuit now goes back to a lower court in Connecticut.

Who’s taking matters into her own hands…

Jeanine Añez. A senior opposition leader in Bolivia’s Senate declared herself the country’s interim president. Reminder: Bolivia’s President Evo Morales resigned earlier this week following allegations of election fraud and weeks of protests. Añez said she wishes to “pacify the country” and that she plans to hold elections as soon as possible.

Dean Foods. Yesterday, America’s largest milk producer filed for bankruptcy. This comes as consumers have been moo-ving toward alternatives like almond and oat milk.

When Dr. Drake Ramoray may be making a comeback…